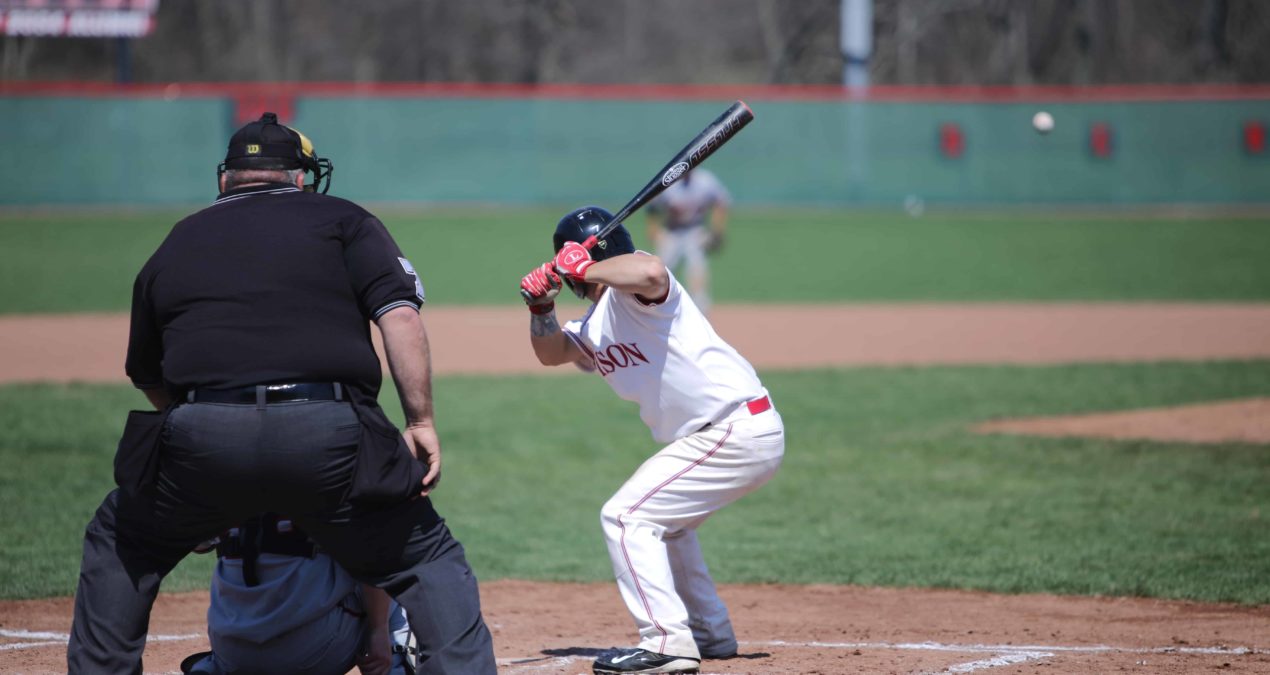 As the Big Red baseball team passes the halfway point in their 2014 season, the bats and arms are looking strong.  With only two more weeks left before the NCAC tournament, Denison holds on to a precarious lead in the West Division after Saturday’s split with the Wabash Little Giants.

In their last 12 conference matches, the squad has looked strong, tallying nine wins from NCAC opponents.  The upperclassmen have stepped up on the mound especially in April as Kyle Colgain ’15 earned recognition as the NCAC Pitcher of the Week after his seven inning, and one run earned performance against Ohio Wesleyan.  Colgain gave up six hits and notched six strikeouts to silence the Bishops 5-1.  Connor Murphy ’14 has shone all season long and has maintained an impressive 2.92 ERA on nine starts and almost 50 innings.

Andrew Touhy ’14 is impressed by his team’s effort thus far but has encouraged the younger Big Red players not to let their focus slip late in the long season.

“Mental toughness is huge in baseball especially where you play a long schedule,” the infielder said.  “It comes from preparing the same way every day and putting the same amount of importance and effort into every single day regardless of if it is a practice or a game.”

With only a pair of conference games (against Depauw) and nine games to play over the span of the next 10 days, Denison will look to Coach Deegan and his staff to lead them through a close battle for first place in the West.  “We are taught to keep our feet on the ground wherever we are and focus on the task at hand,” Touhy said.  “The only thing that matters is the task we have to dominate at that moment.”

The Big Red will head to Tiffin, Ohio to take on the Heidelberg Princes in a non-conference matchup on April 22 before heading home for the last conference matches of the season.