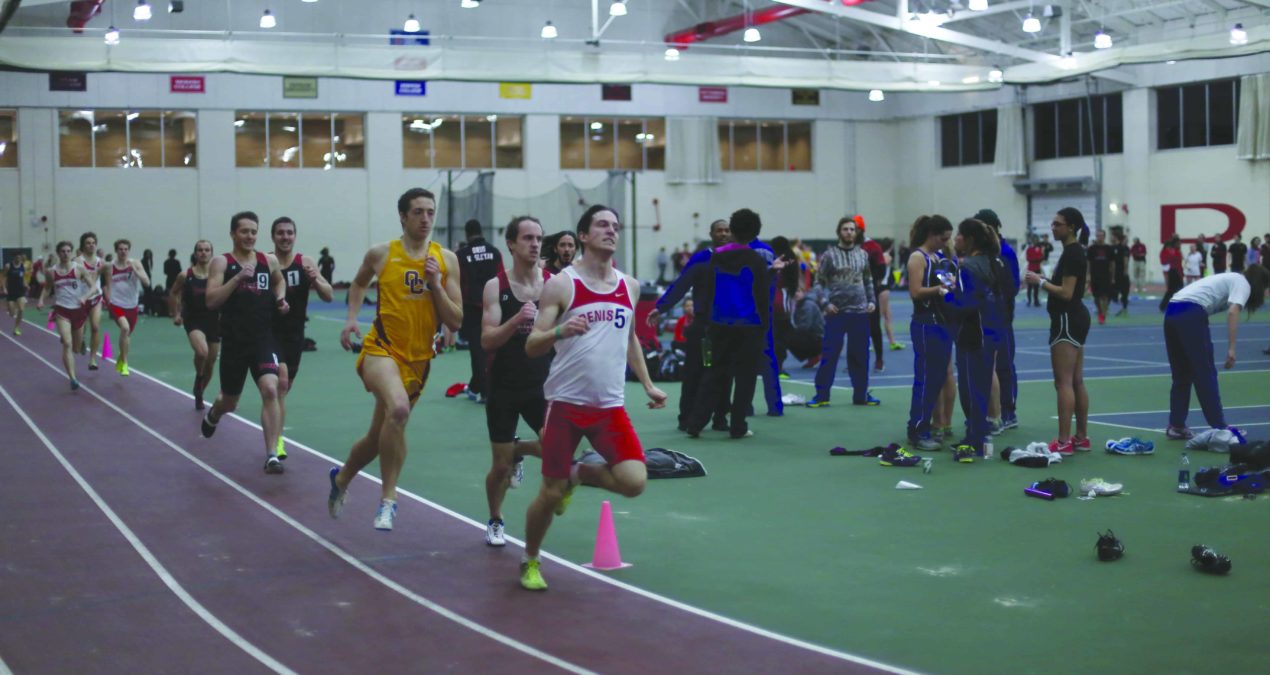 The men’s and women’s track and field teams competed at the annual All-Ohio Championship on April 12 at Ohio Wesleyan University.

The men’s team placed 13th out of a field of 19 schools. While the team did not finish in the upper echelon, they still fought hard to achieve their goal of building on the results of previous years.

“There is always room for improvement on the team both physically and mentally,” Wallace Branche ‘16 said. “We were supporting each other through every event and our hard work showed in our peak performances.”

The Big Red men tallied 19 points on the day, with a majority of the points coming from the triple jump. Branche  and Lester Harris ’17 took two of the top three spots in the event. Branche won the All Ohio title for the second straight year with a combined leap of 46’10.75”, a 2.5” improvement from last year and a new personal best and school record.

Harris finished with a personal best en route to a third place finish. The freshman jumped a combined 44’3.50”, which was 0.75” more than his previous record. The duo’s performance in the triple jump earned the team 16 points.

Quenton Richards ’16 set new personal records in the 100-meter dash. Richards’ best time prior to the meet was 11.02 seconds but on Saturday, he ran a time of 10.94 seconds in the preliminary round and then a quick 10.77 seconds in the final, which was good enough for 6th place.

Richards’ time moved him from seventh on Denison’s All Time list to third.

The sprinter achieved a personal season-long goal in the meet but did note that the team is focusing on what lies ahead. “Personally, my goal is maintain my 100-meter time of under 11 seconds,” Richards said. “As a team, we have our eyes set on third place at the conference meet. The season is quickly winding down, and we’re all trying to make these last couple meets count”.

The women’s team finished 8th at the All-Ohio Championship.

The season for both teams is quickly coming to a close but that hasn’t phased them.

“Our biggest meet of the year is the Outdoor NCAC Championship,” Richards said. “This is a meet our team looks forward to all year, and we really want to put on a good performance, especially for our seniors.”

The team is set to host the Denison Big Red Invitational on April 25 at Deeds Field/Piper Stadium.