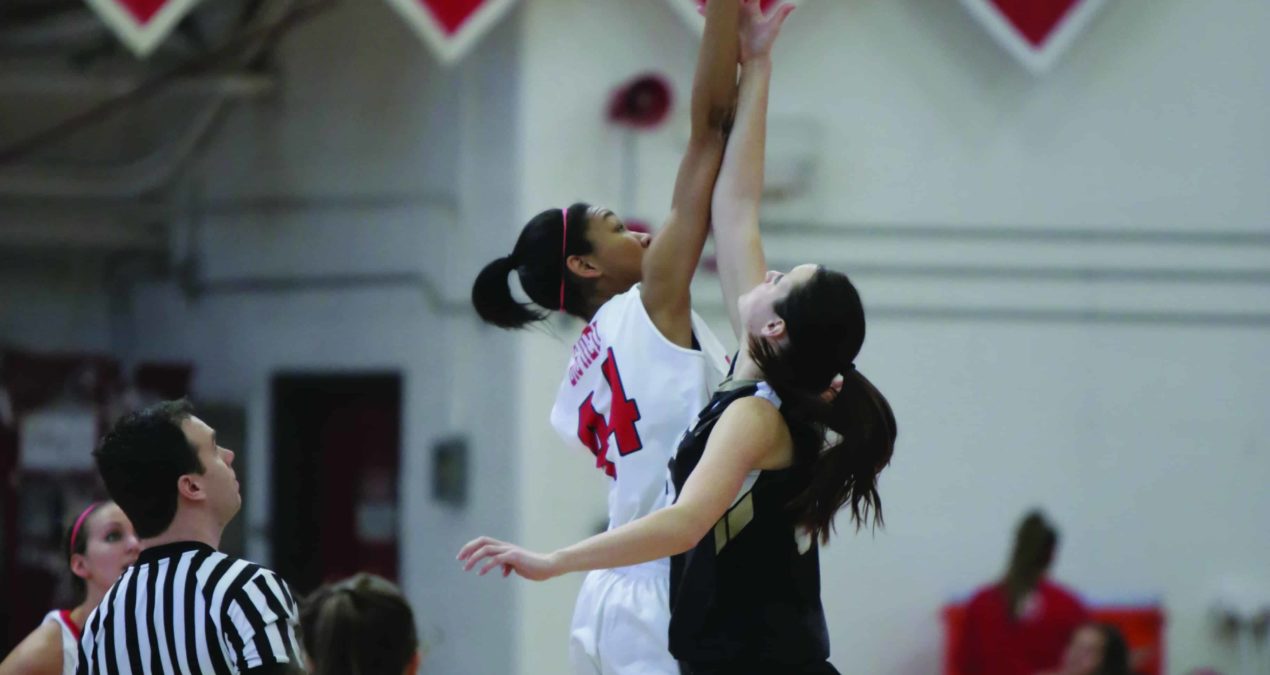 Call it a dozen. DU women’s basketball Senior Day was capped off with the team’s 12th straight win after an afternoon battle with conference rival Wooster.

Saturday began with a short ceremony honoring Denison’s three seniors: Niyah Gonalez, Kellie Arter and Taylor Lindquist. Since the 2012-2013 season, they have been a part of 68 victories and 215 combined games.

The game itself was relatively defensive, and the Big Red relied also on their rebounding efficiency. The Fighting Scots’ meager 32 shooting percentage barred the visitors from maintaining any rhythm and allowed DU to protect their lead.

By halftime, Denison had pulled to a 35-16 advantage thanks to solid passing from the front court and consistent scoring from the back court.

It seemed that whenever the guards, like Gabriel Nottage ‘17 and Kellie Arter got into trouble, they were able to find their forwards, like Jordan Holmes ‘17, open in the post.

Holmes once again put up video game numbers, and for the second time this season, posted over 20 points and 20 rebounds. After Saturday’s 22-point game, she needs only six to push her career total to 1,000 points.

Despite Denison’s 18 turnovers, they were able to play solid defense and contain the Scot offense.

Collectively, the seniors put up 16 points, eight assists and four rebounds on the way to a 56-42 victory over the Scots.

Nottage was proud of the team’s performance.

“It’s always great to win on senior day,” she said. “Our seniors are great leaders on this team, so it was great to say thank you to them through a good conference win. It was a good feeling knowing that we aren’t done yet.”

The Big Red returns to action on Feb. 10 in Gambier, Ohio against Kenyon.