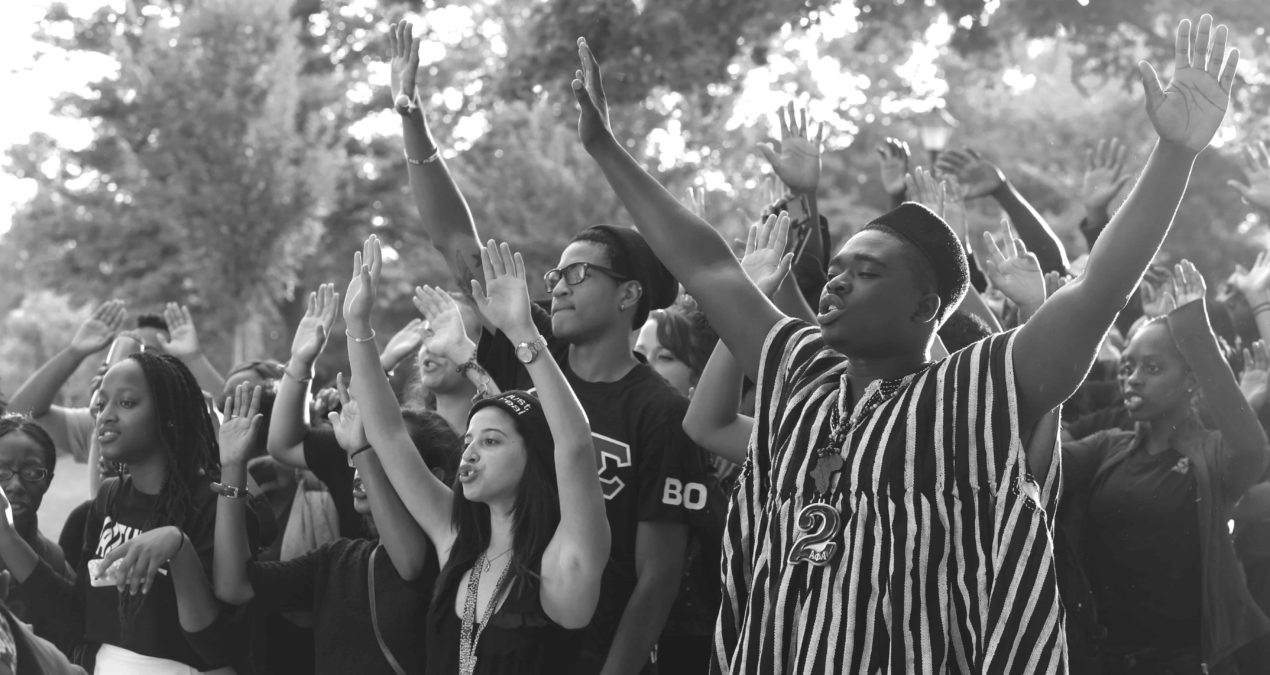 This month, the Black Student Union  organized a “Don’t Shoot” campaign to raise awareness about the Michael Brown case.

Brown was an unarmed teenager shot to death on Aug. 9 in Ferguson, Mo. Brown’s death has gripped the nation, and sparked discussions about police brutality and race in the United States.

The “Don’t Shoot” campaign began spreading across social media shortly after news of Brown’s death broke, and on Sept. 19 the BSU came together to bring the issue to  Denison’s campus.

The current BSU president, Maya Washington-Zeigler ’15 of Philadelphia, Pa., explained that in situations like Brown’s death, “the question is always, ‘So what can we do?’” In response the executive board of the BSU came up with the idea of creating a campaign and organizing a “Don’t Shoot” march.

Washington-Zeigler also said that “we are showing what we are going to do with the issue of police brutality. The photographs are kicking off the solidarity march that will be happening this semester.”

Marching and chanting to the bridge on A-quad allowed students to really think about regaining justice. Jasmine Graves-Usher ’17 of Boston, Mass., said, “Being a part of the photo is important to me because I feel like by raising my arms in remembrance of Mike Brown, it raises awareness that the police brutality has to stop.”

In addition to Washington-Zeigler and Graves-Usher, Jerrod Castleberry ’17 of Chicago, Ill., is using this protest as a way to state his validity as a Black man in America.

“I feel like I am a walking target and I will also never be able to be looked at without a prejudice or a bias,” said Castleberry.

The “Don’t Shoot” campaign is a way for the BSU to take a stand together and as a collective unit fight for change, and a way for all people of all colors to build a better bond.