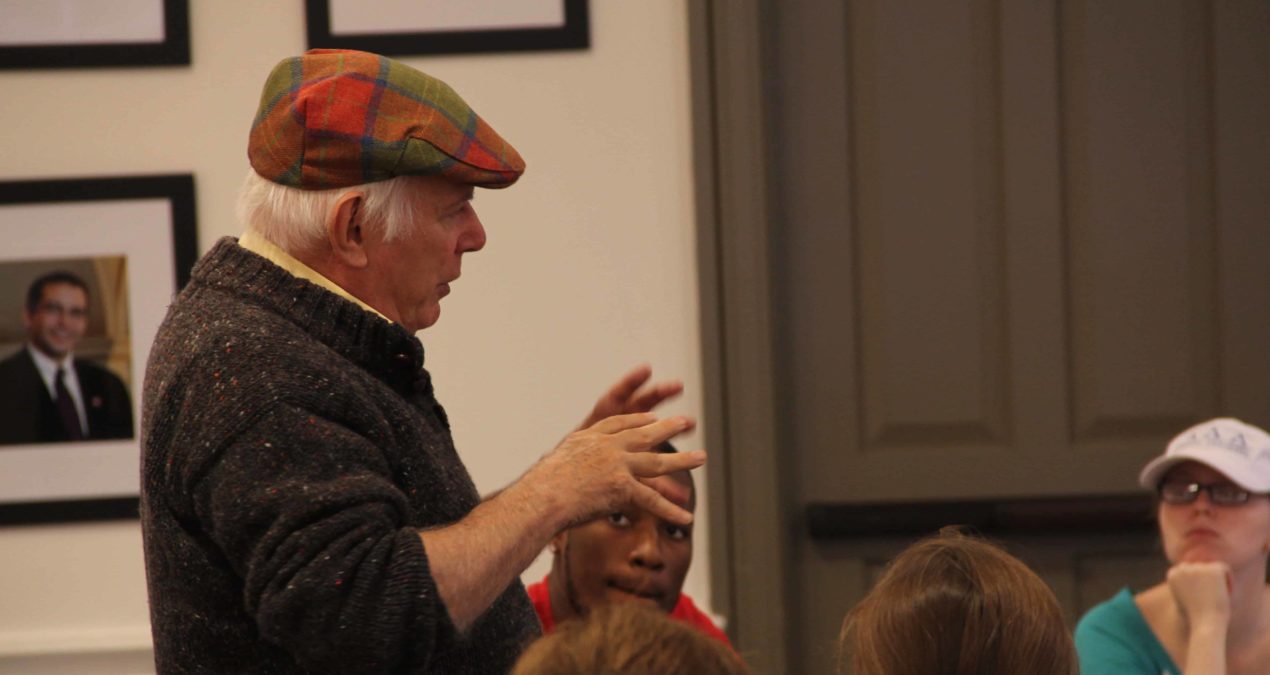 Do colleges and universities have a commitment to their communities? What is the role of academia in the context of a nation? What does it mean to “deepen democracy?”

Harry Boyte, a speaker, author and theorist on topics of civil engagement, democracy promotion and grassroots organizing, spent three days at Denison last week addressing these topics in a series of lectures, workshops, and dinners. Boyte is the founder of Public Achievement, which describes itself as a “theory-based practice of citizen organization.”

Some events were open to students and faculty, while others were for invited members of the student body, faculty, and Granville community only.

Boyte’s basic message was the need to “deepen the concept [of democracy] to include democracy in all relationships.” He learned the “people-empowering” potential of citizenship education through working with Martin Luther King, Jr. directly during the Civil Rights era and from his own mother, who was a Denison alumna.

“Reducing democracy to voting is a terrible idea,” Boyte said.

In “Linked Futures,” Boyte outlined challenges facing higher education in America today. He spoke extensively about higher education as the root of democracy, but warned that “rankings wars” and other corporate behavior have eroded the fundamentally civic mission of many universities.

Boyte thinks that the mantra of higher education has become “go to college and become a professional success” where it should always be “go to college to get out of your bubble.” He highlighted that the idea of a “disinterested technocratic elite” is a profound detriment to the mission of higher ed. Scholars should seek to “enter into relationships” with the communities they serve rather than “providing solutions” from the outside.

In his speech to a smaller group of students last Thursday, Boyte further explained his involvement as a civil rights activist. He talked about how passionate he and his peers were in advocating for change in Civil Rights while working in the Southern Leadership Conference.

“I think the most important thing he made me think about is what the role of higher education should be,” Langford said. “I thought it was more eye-opening than a lot of other events I’ve been to.”

Langford highlighted a part of the workshop where Boyte asked students to reflect on a “critical moment” in their lives as a high point. “That was really cool,” Langford said. “I felt like I actually connected to totally random people I’d never met before.”