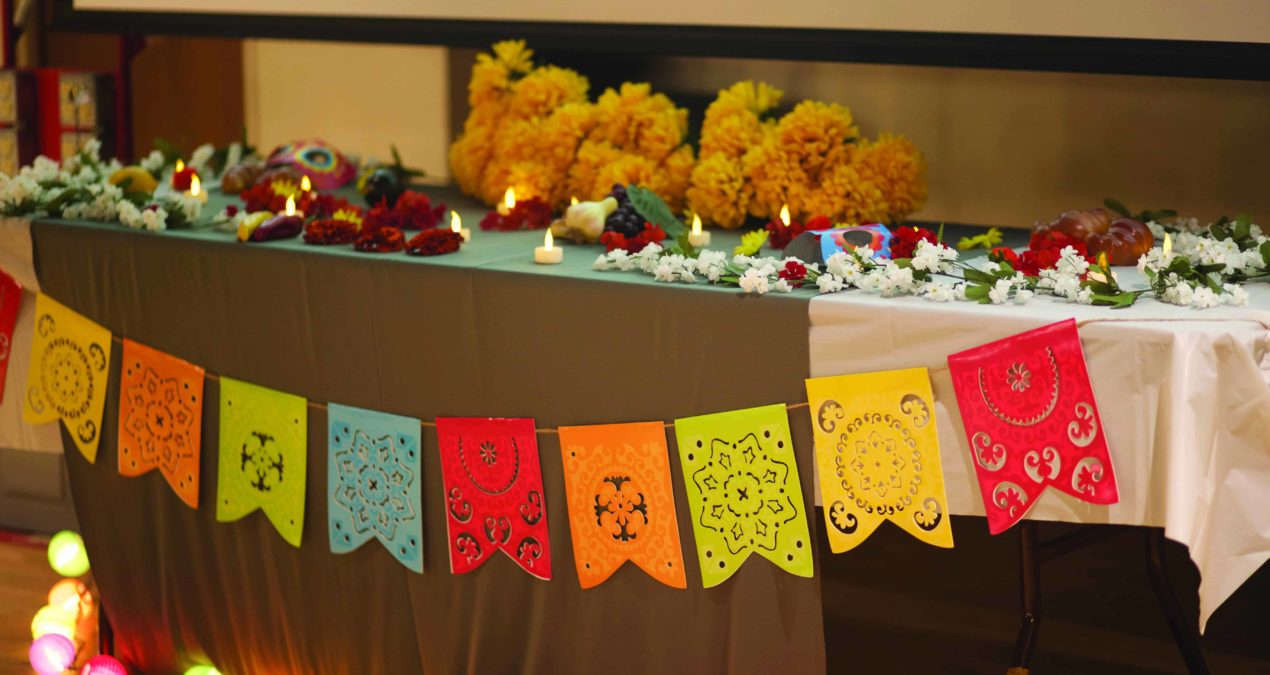 While ascending the stairs to The Roost, attendees enjoyed echoes of lively music and the zesty smells of Latin American cuisine on the way to celebrate Día de Muertos.

On Oct. 30, an explosion of paper decorations and artistic skeleton masks adorned the third floor of Slayter for the Day of the Dead fiesta.

La Fuerza Latina, a club on campus that celebrates and educates on Latin American culture, hosted the event with a series of fun activities, such as sugar skull decorating and face painting.

Along with the festivities, La Fuerza Latina created a successful Día de Muertos celebratory atmosphere complete with a candle-lit altar.

Día de Muertos is a traditional Latin American holiday that begins Oct. 31 and ends Nov. 2. For this holiday, family and friends gather to remember loved ones who have died. However, they do not mourn their departed loved ones, but instead choose celebrate death.

Davide Rangel ’16, the vice president of La Fuerza Latina, admires this concept about Día de Muertos: “My favorite thing about this holiday is that we celebrate those who have passed away with color and it makes this holiday happy, not sad.”

Kiara Loredo ’16, La Fuerza Latina historian, enjoys the blend of culture and entertainment the event offered: “It’s a big part of our culture still, celebrating culture and life and food!” Loredo helped decorate for the event, making masks and setting up.

Lita Shive ’16 appreciated Loredo’s hard work setting up, and cannot experience enough of the fun La Fuerza Latina created during this event Shive claims, “everything is so beautiful, I wish the school had more events like this!”

La Fuerza Latina incorporated diversity and culture into Denison’s campus through music, food, art and fun. The club hosts other events throughout the year, and all are as culture-packed and fun-filled as the Día de Muertos.