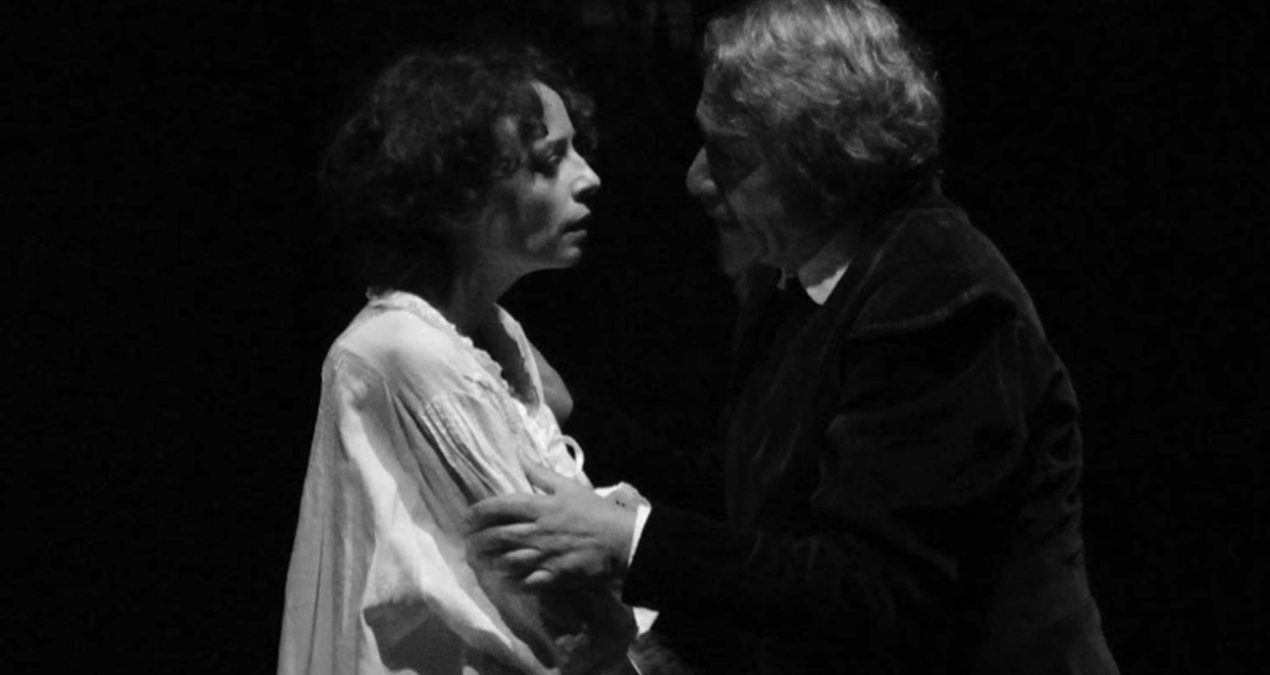 Entre Marta y Lope: A story of love and midlife

Walking into the Black Box Theater, an older gentleman is seated at a desk, quill in hand and concentrated in thought. Slowly, the audience quiets from hushed whispers, to silence. Entre Marta y Lope tells the story of the writer, poet, and playwright, Lope De Vega and his troubled lover Marta de Nevares.

The play is set in the middle of Lope’s (Cesar Sanchez) life, a time where he is reflecting upon his achievements, or lack thereof. Lope had been extremely successful in his life, having published many works of literature, ranging from poems to plays. In addition to his successful professional life, Lope was also known for having luck romantically, having numerous wives and women in between. However even with his professional and romantic success, Lope felt incomplete. The one who has made him turn into the man he is now, this questioning, thoughtful, critical man, is his current love, Marta.

Marta (Eva Higueras) represents the other half of Lope. Or rather, Marta represents what Lope values and loves in life: beauty, strength, lust, laughter, and togetherness. Lope still sees all of these qualities in Marta, even though she is now blind. Marta also symbolizes the turbulence of their long and volatile relationship, through her drastic changes in mood and insecurities.

Quite frankly, both characters are going through a typical mid-life crisis. Their feelings and emotions are not wrong, but being in the middle of their lives causes each of them to reflect on what they have or have not accomplished. In addition to the mid-life crisis, a lot of external stresses have been put on the couple: lack of food, money, and heat, just to name a few. What gets them through this tough time, however, is each other.

The play, written by Gerardo Malla and Santiago Miralles, was presented by Fundacion Siglo de Oro, a company that puts on plays related to the Golden Age (Early 16th though late 17th Century) in Spain. All of the Fundacion’s plays revolve around this era, which is considered to be one of Spain’s most successful literary eras, and Lope de Vega wrote during this era.

At the end of the performance a question and answer session was provided in which the two actors shared their experience of putting on these plays in non-speaking Spanish areas, how to personify their role, etc.

Entre Marta y Lope provided the audience a rare look into the personal life of famous literary figure Lope de Vega. The performance helped break down the barriers between playwrights and the observers. Though the insight to Lope and Marta’s life was brief, it had a lasting impression on the audience in attendance.