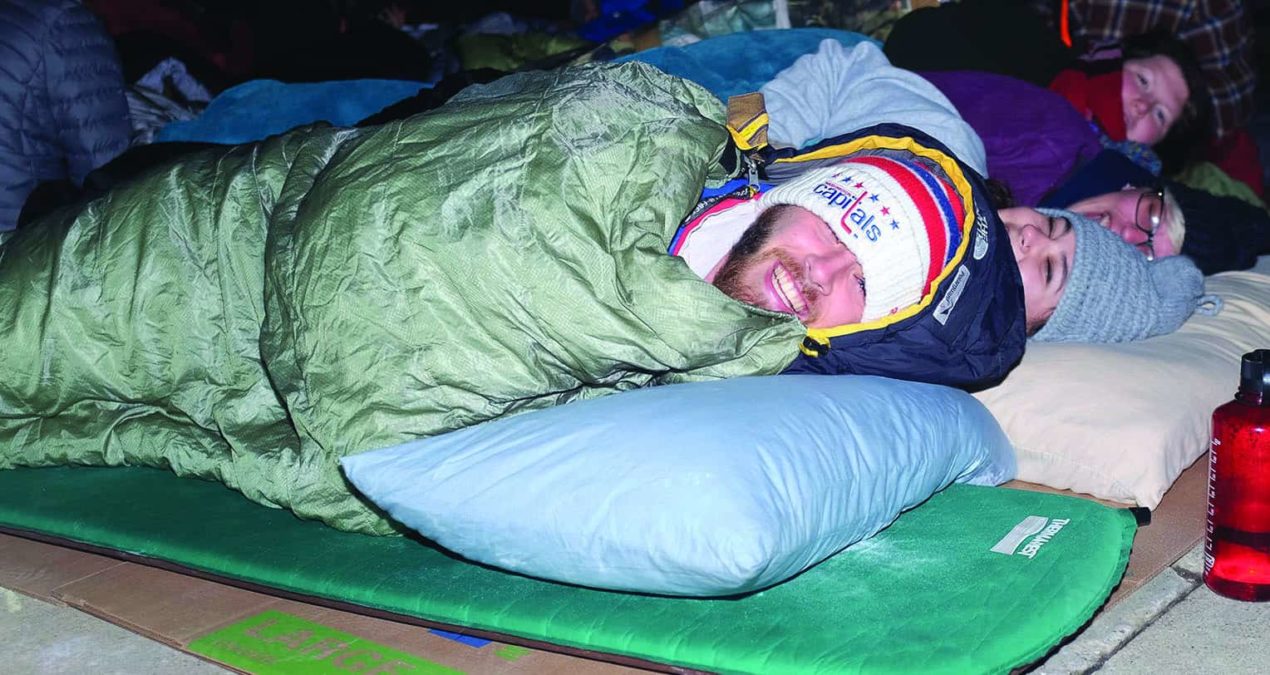 From Oct. 20-24, the Homelessness and Hunger organization held its annual awareness week. The week’s activities included the inspiring movie Pay it Forward on Monday, making sandwiches on Tuesday and Friday, sleeping out on the quad Wednesday and making snack bags on Thursday.

On Tuesday, Oct. 22, 24 students braved the chilly temperature to sleep outside Slayter with only a sleeping bags and blankets.

“Sleeping outside is a reality that homeless people deal with everyday. They sleep outside in the freezing cold and searing heat,” explained Max Kelly ‘16 of Vienna, Austria.

While only 24 people attended the sleep out, many more supported the cause they supported. “Random people would come up to us and show so much support for what we were doing,” said Rachel Auerbach ‘16 of Mt. Horeb, Wisc.

On Oct. 21st, 23rd and 24th, the organization held events to make sandwiches and snack bags for the local community. One of these local charities is YES Clubhouse, an organization in Newark that provides youth a safe haven to go after school.

“I love going to YES Clubhouse because it really puts things in perspective. The people there love the food and are always so appreciative,” Kelly  said.

Along with service, awareness was a major part of this week.

“People think of homeless people as less than human. Many people think they’re less than them even though most of the time it has nothing to do with choices they’ve made,” said Richelle Leuchter ‘16 of Bradenton, Fla. The issue of the homeless youth is also a very salient issue. “There are more teens homeless than there ever have been in the past. It is a huge problem,” said Kaprisha Martin ‘18 of Chicago, Ill.

By the end of the week, Homelessness and Hunger made over 1,000 sandwiches and over 60 snack bags for charities in Licking County. While existing members of the club participated in the week’s events, students not part of the organization joined in as well. “The main goal of this week was to allow people to get involved in this issue. It doesn’t matter what your interests are. Everyone can get involved,” Auerbach said.