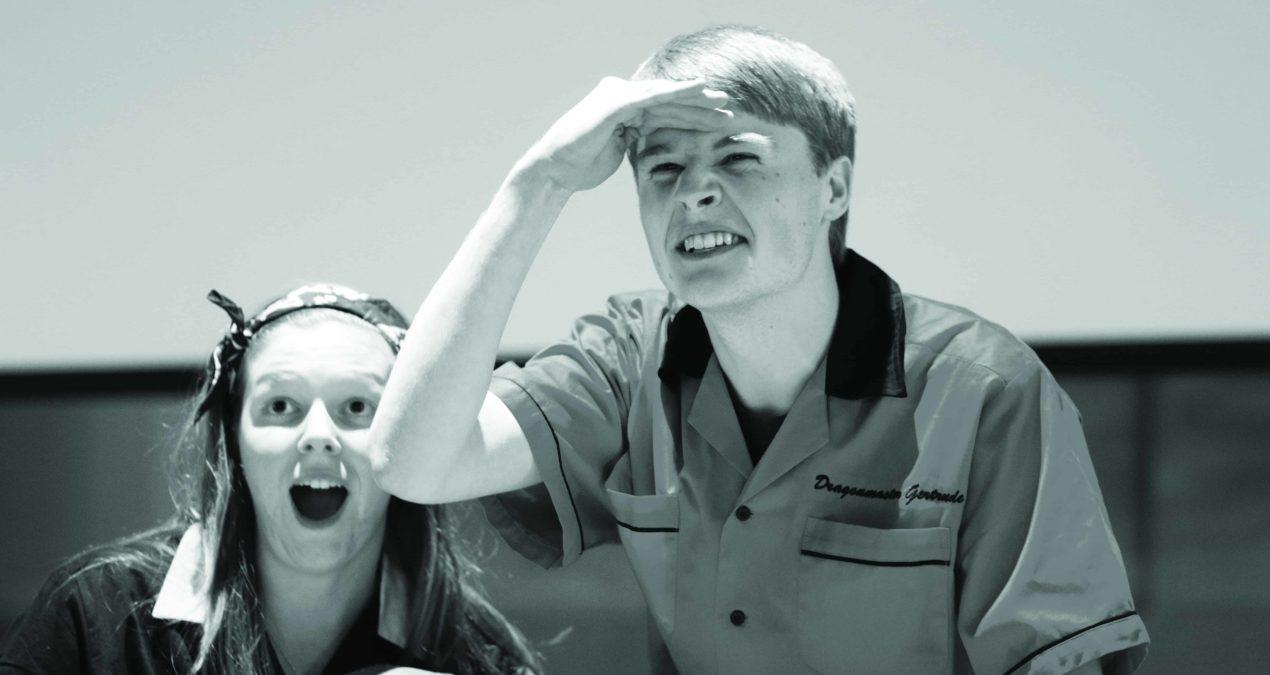 In the wee hours of the morning on Sat., Jan. 24, when many Denisonians would screech at the sight of sunlight, a group of anxious and excited first-year and sophomore students made their way to Burton Morgan for a day of improvisation, acting and teamwork in an attempt to join Denison’s improvisation troupe, the Burpee’s Seedy Theatrical Comedy Group.

The Burpee’s job on campus is simple: to make people laugh and have fun. The comedy group isn’t all silliness though; it’s the oldest collegiate improvisational comedy group in the nation and with this title comes great responsibility. The audition process is rigorously intense and spans the entire weekend.

Hopeful Burpees go through daylong improvisational games with the current members and then continue these games the next day if they are called back.

Deliberation often takes all night, and auditioners are only accepted if every current member says yes.

Matt Harmon ’16, a current Burpee from Elkins, W.Va., says this is his favorite aspect of the process “because every member says yes, you know the moment you’re in the group that everyone else believes you’ve got something to add.”

To say Harmon has enjoyed his past two years as a Burpee is an understatement. To him, being a Burpee has meant more than a tight group of friends. “I was forced to just step on stage and work with whatever came to my head,” he said.

“It’s equally rewarding and terrifying. Every one of us is up in that same boat searching for the next idea. There’s something about sharing that scariness with a great friend that’s amazingly fun.”

These strong group values are what draw in future Burpees, but the competition is fierce. There are only 10-15 people in the group at a time.

However, fierce competition is the last thing to squelch involvement. Ej Scott, a first-year student from Fayetteville, N.C., was inspired to audition by a family member who was once a Burpee. She hopes her love of theatre will add to the Burpee’s troupe.

“I want to be zany and fun all the time, and I think the Burpees will be just that,” she said.

Zany and fun are indeed primal qualities of the Burpees. They’re joyful attitude to improvisational theatre makes them an integral part of our campus and every year, as the stakes rise, so does the talent.