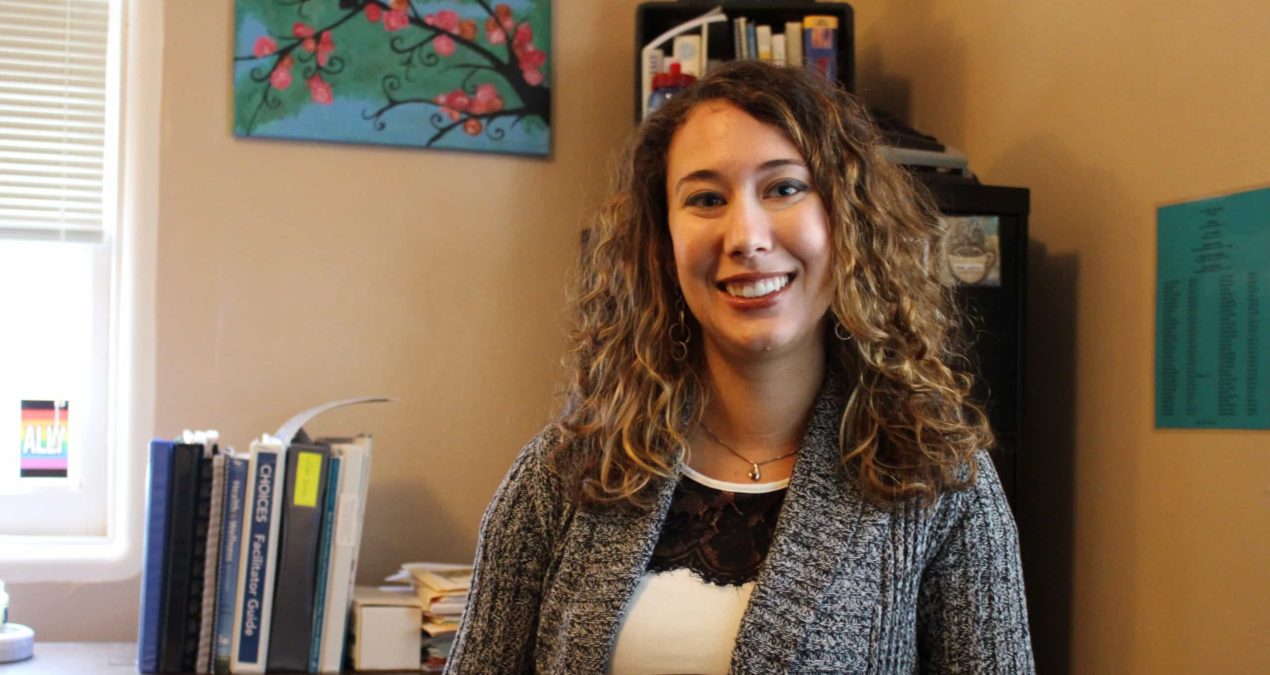 The LAW
Granville’s marijuana laws caught the attention of community member and former USA Today reporter Dennis Cauchon when he noticed that the town’s policies were out of line with the state’s. Specifically, growing marijuana carried a lighter charge than possessing it. Cauchon, an outspoken medical marijuana advocate, along with concerned residents in Granville and Newark addressed the Village Council last September, and by December, the council made the adjustment “in order to eliminate inconsistencies within [the Granville Code] and with the Ohio Revised Code regarding drug possession or use.” Now, Cauchon is pushing Granville and other Ohio towns to challenge state law by permitting marijuana use for medical purposes.

Currently, Ohio does not allow marijuana for medical purposes.

When it comes to marijuana, the times are changing. Last month, the United States Congress passed a 1,600-page spending bill that contained a provision that ends the federal government’s prohibition on medical marijuana. The federal measure follows the trend of individual states — four states have legalized marijuana for recreational use (Alaska, Colorado, Oregon and Washington) and 23 states have either legalized marijuana for medical purposes or decriminalized the substance to some extent. Since 1996, Ohio has been one of these states, classifying possession of less than 100 grams of marijuana as a minor misdemeanor — which carries a $150 fine and does not create a criminal record. Until recently, Granville and a collection of other towns in the state did not change local policy, and continued to regard marijuana possession as a third degree misdemeanor.

While researching marijuana’s legal status in the village, Cauchon came across a rule that allowed offenders to use marijuana use as a medical defense in court for possession charges. He says that he published a letter to the editor in the Granville Sentinel about it — “and the town went after it,” he says of the Village Council. “I found it offensive they would go after medical marijuana patients,” he said. Cauchon says that towns that have harsher marijuana laws that are disparate from the state “are hurting their own citizens” with license suspensions and unnecessarily high fines. Cauchon pointed out that there were only three major arrests of Denison students, with these cases involving incredibly large amounts of marijuana or incidents involving the drug. He says that the change in town law won’t affect most students unless they are off campus.

The COLLEGES
At Colorado College in Colorado Springs, where the state has legalized marijuana for recreational use, the liberal arts college’s policy has not changed. In a letter published on the school’s website, college president Jill Tiefenthaler wrote, “The college has a long-standing policy against drug use on campus and within the college community, and that policy does not change with Colorado’s adoption of Amendment 64.” Tiefenthaler added that medical marijuana would not be allowed under the college’s policy.

Why would a college in a state where marijuana is legal prohibit its use in the student body?

Federal funding, which includes financial aid such as Pell Grants for low-income students, can be jeopardized if colleges do not enforce federal drug standards, outlined in the Drug-Free Schools and Communities Act of 1989. “Funding is important to our campus community,” said campus safety head Dan Hect. It’s important that colleges carve out their own policies because most cases of marijuana use happen on, and are adjudicated through campus. Hect says that he and newGranville Police Department chief Cassidy have an “understanding that Denison is my domain […] and enforcement of rules and policies falls under my domain.”

What happens when these rules and policies are broken? What happens if you’re caught smoking a joint on campus?

Denison’s Drug & Alcohol policy, updated October 2014, states that the college “will hold students accountable when they are found to be possessing or using narcotics or other controlled substances.” Vice President for Student Development Laurel Kennedy points out that smoking marijuana affects more than the user, citing community concerns such as the “effect on neighbors who don’t want to smoke marijuana.”

Prior to a change in conduct policy in 2007, students caught with marijuana for the first time usually faced disciplinary probation. Since this change, students now receive more education and less disciplinary action. Currently, the conduct procedure for a student found to be in possession of marijuana on Denison’s campus is variable, depending on the amount and the context, according to Greg Phlegar, the director of Student Conduct and Campus Values.

First offenders caught possessing marijuana today might be asked to attend a class on student conduct, discuss their drug useage with an educator at Whisler, write about their usage and disciplinary experience, or watch a documentary in order to learn more about why Denison’s code of conduct discourages using marijuana. Not every offender gets away with a slap on the wrist; Phlegar says that part of the new approach in 2007 to no longer put every student on probation for possession, meant “we change our responses when there’s a pattern of use and violation.”

Former campus safety director and current Title IX investigator Garret Moore says, “If we were to find a student that was with a large amount, or with money or with marijuana separated into baggies as if they were selling it, we would treat it as a trafficking offense and call the police,” said Moore. “We typically only call the police when there is a violation that might rise to the level of a felony.”
Denison plans to collaborate with the Granville Police Department to dispose of confiscated marijuana. Kennedy said “we are not currently authorized to dispose of marijuana. So what’s been happening is, we have been disposing of it, but not properly. So when we do have marijuana on campus, and we discover it, we will be working with GPD to do the destruction of it.”

The HEALTH and SCIENCE
Despite differing state and local laws, marijuana remains illegal at the federal level and the government continues to classify marijuana as a Schedule 1 narcotic — along with cocaine and heroin — which psychology professor Susan Kennedy believes is misguided. “Schedule 1 drugs are considered to be the most addictive with the least amount of medical use,” she explained. Kennedy’s specialty is psychopharmacology, the study of the effects of psychoactive drugs. “The scheduling seems very non-scientific,” she added.

Kennedy, who has been a professor of psychology at Denison for over twenty years says that the narrative and stereotypes about marijuana are inaccurate when put up against science. “Cannabis can provide relief from chronic pain, reduce the pressure in the eye and stimulate eyesight,” she pointed out. Kennedy says that cultural attitudes about cannabis come from “socioeconomic bias, racial bias and a hatred of hippie culture.”

Over at Whisler, where Catherine Champagne has served as the Alcohol, Drug, and Health Education Coordinator for three years and has worked with Susan Kennedy and others on the Drug & Alcohol Resource Team, which she says wants to address marijuana more in the coming semesters. “With any drug, be it alcohol, marijuana, or prescription drugs, there is potential for abuse,” Champagne adds. She cites two points of concern with using marijuana: that the drug affects each individual differently and the rising potency for marijuana over recent years has increased the likelihood for unpredictable or adverse effects. Champagne also cautions against conflating reduction of criminal punishment with the reduction of health risks when it comes to marijuana. National policy changes sometimes reduce society’s perception of how risky a substance is, she says, “but that doesn’t mean we should assume there’s no risk, and we need to decide if the potential harms outweigh the benefits in terms of our own health, safety, and life goals.” Catherine Champagne is available to meet with any students interested in talking about their marijuana use or who want to make changes.

From a scientific perspective, regardless of where the debate is on recreational use, “the medicinal use–that appears to have become very legitimate” says Cody Brooks, a psychology professor at Denison who has also taught psychopharmacology. There are some scientific arguments to support less restrictions on recreational marijuana possession and usage, too. Even in a tightly controlled experiment, Brooks says, it can be hard to conclusively show that drugs such as marijuana lead to dangers or downsides. Legalization might allow researchers more opportunity to recruit study participants and better observe how a drug affects a consistent recreational user. However, Brooks makes a point to say that one cannot justify legalization purely for more research. “There are still risks,” Brooks says. “We might find down the road that it was a bad idea to legalize.”

Dylan Parson ’16 shows off his liberal arts education on Jeopardy!