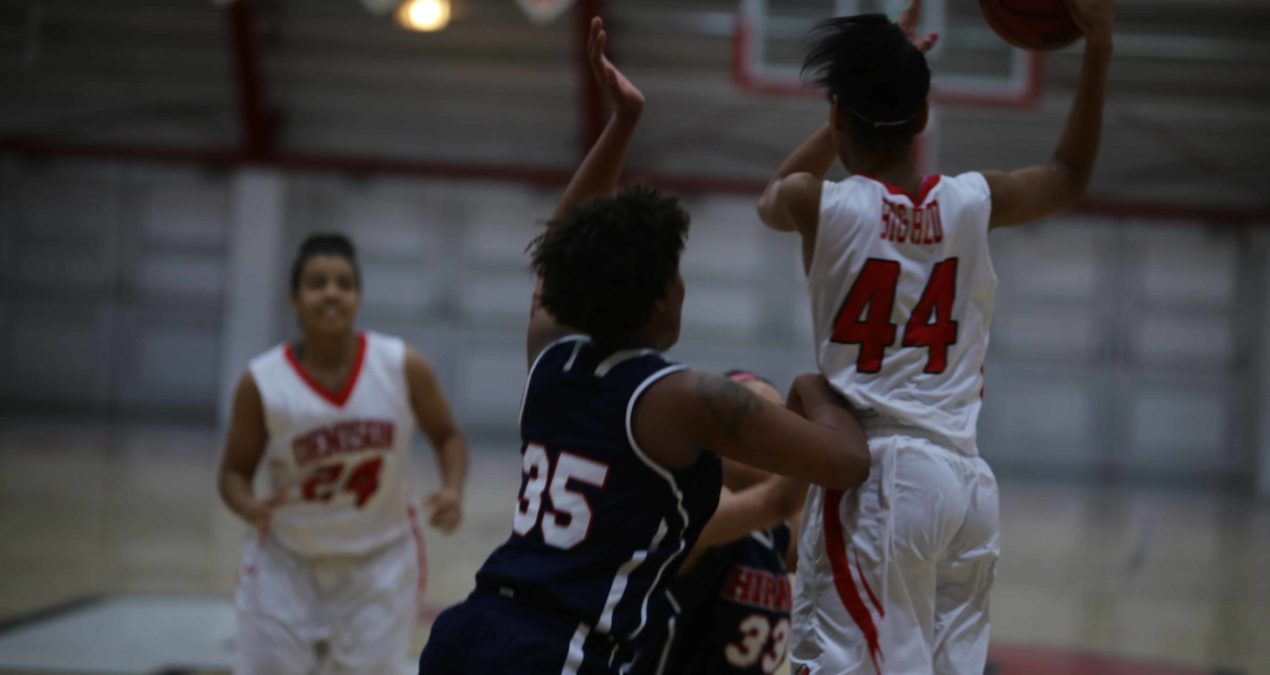 In the midst of celebrating head coach Sara Lee’s 400th victory, against the Allegheny Gators on Jan. 17, the Big Red women’s basketball team was able to put into perspective just how much their coach means to them and the university.

Jordan Holmes ‘17 was proud to be apart of the record breaking team. “Coach Lee has been coaching at Denison for over 20 years and we take pride in continuing her traditions. Coach Lee means the world to me as a coach and mentor, every day in practice she continues to push me as a player and try to develop my skill set in order to reach my full potential as a player.”

Gabrielle Nottage ’17 agreed with Holmes. “When Lee received her 400th win, there was a prideful atmosphere,” she said. “We were all very proud of [her] and even grateful to be on the team that got her that win. She has influenced me to put 100% into everything I do. Working hard in practice everyday helps me to work hard and succeed in the classroom and on campus as well.”

As great as this milestone was, the Big Red had to turn their focus towards the two home games they had last week against the Hiram Terriers and the Ohio Wesleyan Battling Bishops.

The Terriers visited Livingston Gymnasium on Jan. 21 for the first game of the Big Red’s two game homestay last week.

The Big Red struggled offensively in the first 12 minutes of the first half by only combining for 18 points versus the Terriers.

Denison closed out the first half with a 26-20 lead against their opponent.

The Big Red began to hit their stride offensively in the second half with Kellie Arter ’16, Nottage and Holmes all scoring in double figures.

Despite holding the Terriers to an to an abysmal 29.2 percent from the field, 19 costly turnovers committed by the Big Red kept their opponent in the game until the very end.

Denison answered the bell by going 7-8 from the free throw line in the final 72 seconds to collect 59-54 victory.

The game’s top performer was Holmes who nearly recorded her third career triple double with 14 points, 15 rebounds and 8 blocks.

“We played to the level of our opponent, instead of playing our game,” Holmes said. “Mentally a lot of us were not present during the game and made simple mistakes that resulted in turnovers.”

The team hit the court once again on Jan. 21 against OWU, which had some serious implications for North Coast Athletic Conference standings. A win against the Battling Bishops would give the Big Red a tie for second place in the conference with the Oberlin Yeowomen.

The same implications of moving up to second place in the conference also applied to Ohio Wesleyan.

“We know that OWU is a very good team, as well as a rival. With rivalry games it is all about heart and hustle,” Holmes said. “If we are going to win we need to play as a team, and be mentally and physically stronger than our opponent.”

Nottage added, “We know that OWU is going to come and play their hardest against us, and we want to counter that by playing hard and playing with pride especially because of our alumni that will be in attendance.”

The Big Red put together a dominant performance by only allowing the Battling Bishops to have one lead during the game, which was a 6-5 lead in the opening minutes.

A 16-4 run in the first half gave the Big Red the spark that they needed with five players scoring. Holmes scored 6 of her 14 points on that run. The half ended with the Big Red on top, 35-27.

The game remained close in the opening eight minutes of the next half, but a 12-3 run was the turning point for the Big Red in the game. The Battling Bishops tried to get back into this game but it wouldn’t be enough against Denison’s tenacious defense lead by Akilah Fletcher ‘18 who grabbed 12 rebounds and Holmes, who grabbed nine.

Fletcher and Holmes accounted 21 of Denison’s 47 rebounds in the team’s 65-57 win over the Battling Bishops.

The team will enjoy this win and start to prepare for an away game against the DePauw Tigers, who currently hold first place in the conference.