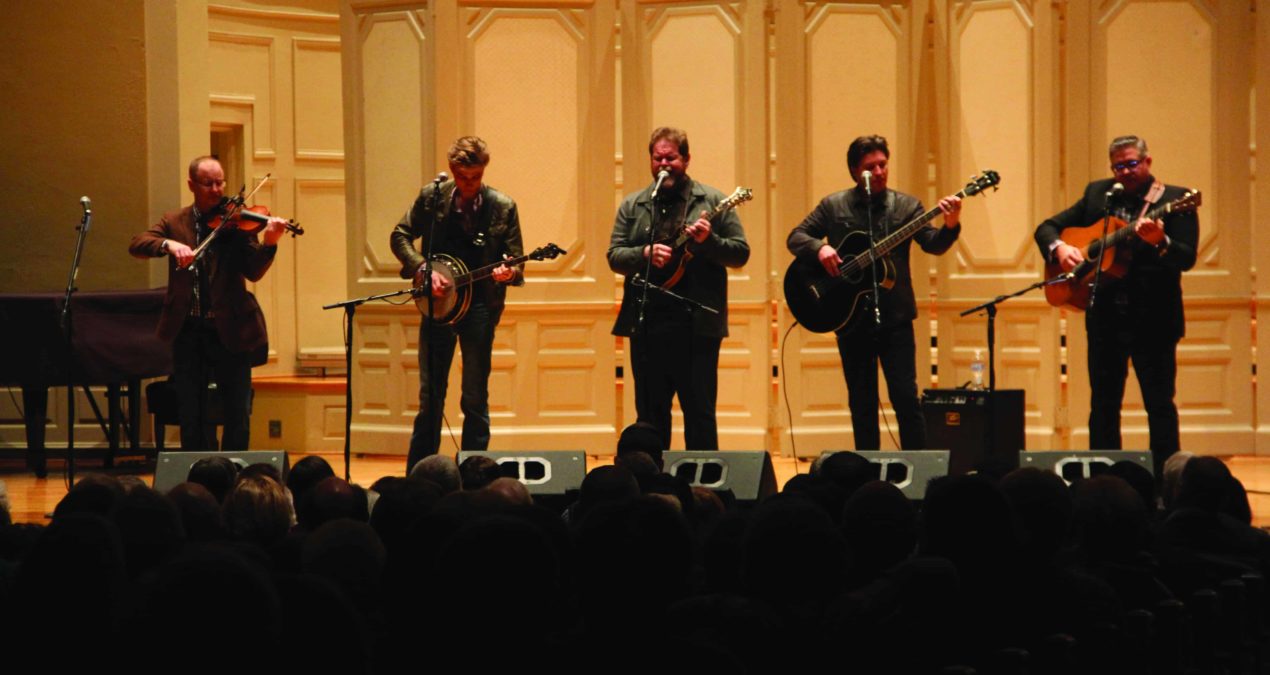 Whether it can truly be called a revival is up for debate, but there is no denying that bluegrass is thriving in Granville, Ohio. Since I was a first-year student, I have always cherished Wednesday mornings in Slayter Union.

From the meditative state I could achieve, snacking on a breakfast burrito, to the rambling banjo and crooning bass so generously provided by a host of local legends allowed me to get through the heat of my school week time after time.

Between casual sessions such as these to formal concerts in Swasey Chapel, it has been made clear that this brand of music is able to touch so many different people, of all ages, and do so in vastly diverse environments.

If you attended the concert in Swasey on Saturday night, you definitely saw an older man with a grey beard hopping around, dancing light-footed and lighthearted, to the side of the stage. The music filled the whole place with the aura of the most-fun Appalachian family reunion weekend that I’ve never been to, so much that every stranger there became family for the night.

But even though the same man was prancing around at Moe’s BBQ that night during the post-concert jam session, the vibe was quite different. Standing room only, the second floor was literally bouncing as Denison students, faculty and Granville residents all stomped together, energized by the four musicians playing their instruments’ hearts out on the stage.

The four-person front is a traditional bluegrass setup and highlights each musicians talent. Three of the players contributed their voices to the effort and two of them showed their range by switching instruments after every few songs.

As here in Granville, a more traditional style of bluegrass is able to entertain an almost eclectic group of listeners, across the country more and more people are turning to progressive bluegrass for an escape from the production-heavy country music that perpetuates the radio these days.

A perfect example of this genre is Railroad Earth, playing in Columbus this Wednesday. Whereas the jam session at Moe’s showed that traditional bluegrass can indeed jam, to bands such as Railroad, jamming is their blood.

And while they will often appear on stage in the same line up formation with the focus truly on the musicians (no gimmicks, see: superbowl halftime show), the music can take punk rocking twists and psychedelic turns. With something to offer for just about anyone, bluegrass has emerged as a stark contrast to the commercialized music scene that has dominated since the early 2000s.

Going to Denison, we have a special opportunity to live in one of the country’s small-town bluegrass hubs. My advice: whether it is traditional or progressive bluegrass, see it live.