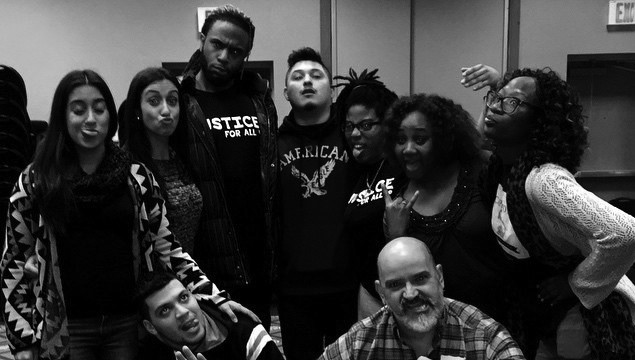 Posse scholars dissect the meaning of justice in today’s society

Friends of both Denison faculty, Posse scholars and staff members united this past weekend for the yearly Posse Plus Retreat. This is a time for Posse scholars to invite a friend of their choice to indulge in a three-day in-depth dialogue pertaining to the chosen topic of that year.

The Posse Foundation, Inc. is an organization that gifts students scholarships to schools in conjunction with the program. Deer Creek Lodge in Mount Sterling, Ohio was the location of the retreat, which began on Friday evening.

“Crime and Punishment” was the subject this year. Upon arrival, attendees gave brief introductions so that everyone could get a feel for who they would be interacting with. Emergence in dialogue started immediately after.

“The Posse Foundation chose the topic of ‘Crime and Punishment’ because it is perennially important,” said Denison’s vice president, Laurel Kennedy. “The topic was chosen before the Ferguson decision, and the fact that so many related issues followed that decision just underscores its persistence and significance.

“We’ve talked a lot on campus this year about how we broaden participation in governance, engage with difficult topics and become effective agents of positive social change [and] those goals align exactly with the purposes of the retreat from year to year.”

As the weekend progressed, topics went from broad generalizations to specific personal relations pertaining to police brutality, racial profiling, stereotypes and what justice means in America. Large and small group discussions were the keys to keeping the conversation going and making sure everyone’s voices and opinions were heard.

“I have a cousin who’s a cop and my mom’s a lawyer, so I got interested in discussing ‘Crime and Punishment’ because of those people in my life,” said Chicago Posse scholar Imani LaGrone ‘17 when sharing how the topic affected her personally. “I hope students take away that they have the right to fight for justice. They can be advocates for people who have faced injustices in today’s society.”

Many more individuals shared their own personal experiences surrounding the topics that were discussed. By Saturday night, emotions overflowed the entire room in response to so many lives being touched by so many stories from so many different backgrounds.

“There was something that everyone could relate to,” said Kyle Washka ’17, an invited student from Granville, Ohio. “I hope that people realize there should be discussions on campus between colors in the future.”

The retreat concluded on Sunday afternoon, with students recognizing and praising qualities of one another, along with speeches to and by Posse scholars commemorating and appreciating the lifelong friendships that they have made. Once again, everyone’s emotions were unrestrained and there wasn’t a dry eye in the room.

“The issues addressed at the retreat feel intractable. There are some horrible realities about our justice system,” Dr. Kennedy said. “But it’s also been the life’s work of many Denisonians to try to confront and change those systems, from all different directions.  That’s where hope lies.”

The Pirates of Penzance drop anchor at Denison