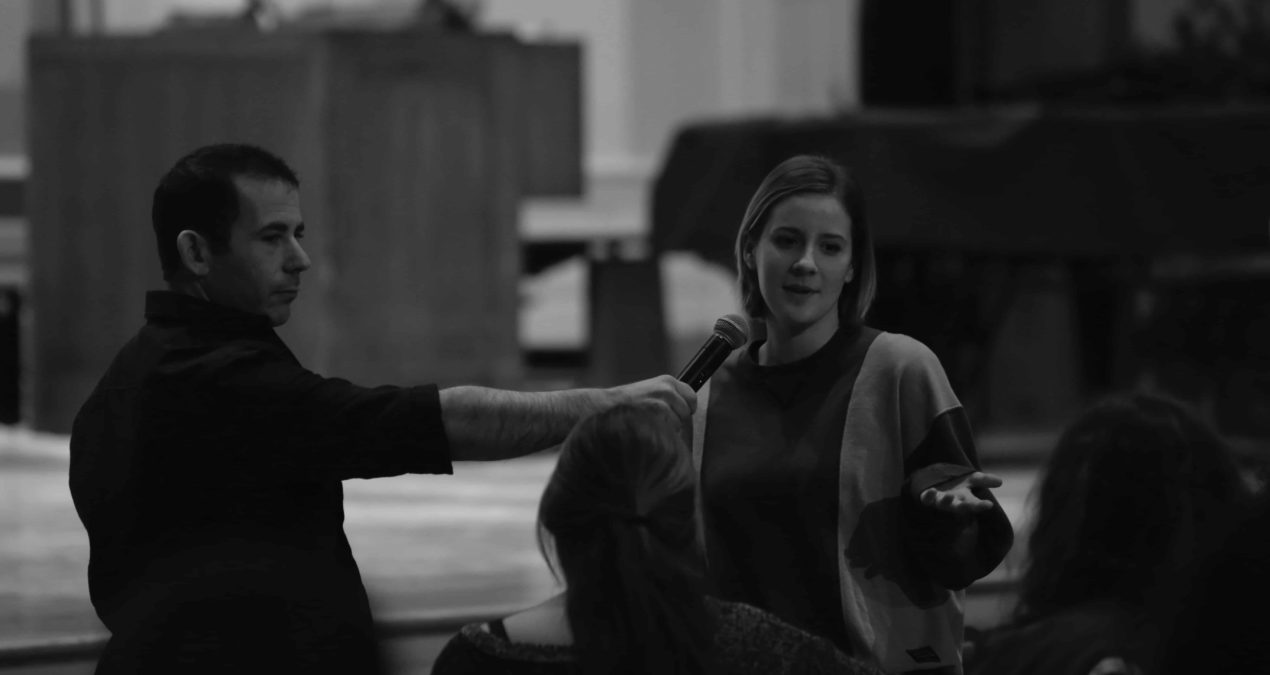 As an incoming freshman, I received three copies of Harlan Cohen’s New York Times bestseller The Naked Roommate: And 107 Other Issues You Might Run Into in College. Although I definitely didn’t need all three, for every parent, student and crazy relative Harlan had and still has all the answers a college student could need. IFC, in collaboration with SHARE and AAUW, brought Cohen to campus, and he continued to share his vast knowledge of the difficulty of figuring out college life and relationships.

The author, advice columnist, husband and father immediately ran onto stage in Swasey and began to interact with the students before him, feeding off of their stresses, relationships and questions with every step of his talk.

The title of his event was “An Evening with Harlan Cohen,” and it truly was. Through his personal stories and experiences, Cohen spoke to the audience of mostly college students about why we are the way we are, why we have difficulties sharing our emotions or saying what we want and most importantly how we can fight it.

He began by listing the ways in which each of us have been conditioned to fight, sharing emotions and how important it is for us to accept ourselves as worthy of love. As he went through his five reasons that people have trouble doing this, the audience was not only relating with their own stories but also hearing his own.

Through his openness about his experiences and rejections, the audience was able to completely relate. Allie Richards ‘15, explained that his openness and relatability was, “exactly what was needed for a campus like this because it got people thinking, and it got people talking.”

Cohen encouraged all of us to wear our thongs and look at ourselves in the mirror. While this at first received a room full of laughs and side comments, with further explanation it became clear that this was something everyone needed in their life.

He indeed was not telling us to put on small pieces of fabric and look in the mirror but rather to put on our metaphorical thongs and look at the insecurities we are faced with. It’s about breaking the things that society teaches us to believe and being okay with what we are uncomfortable with and what we are insecure about.

It’s your patriotic duty to see ‘The Interview’