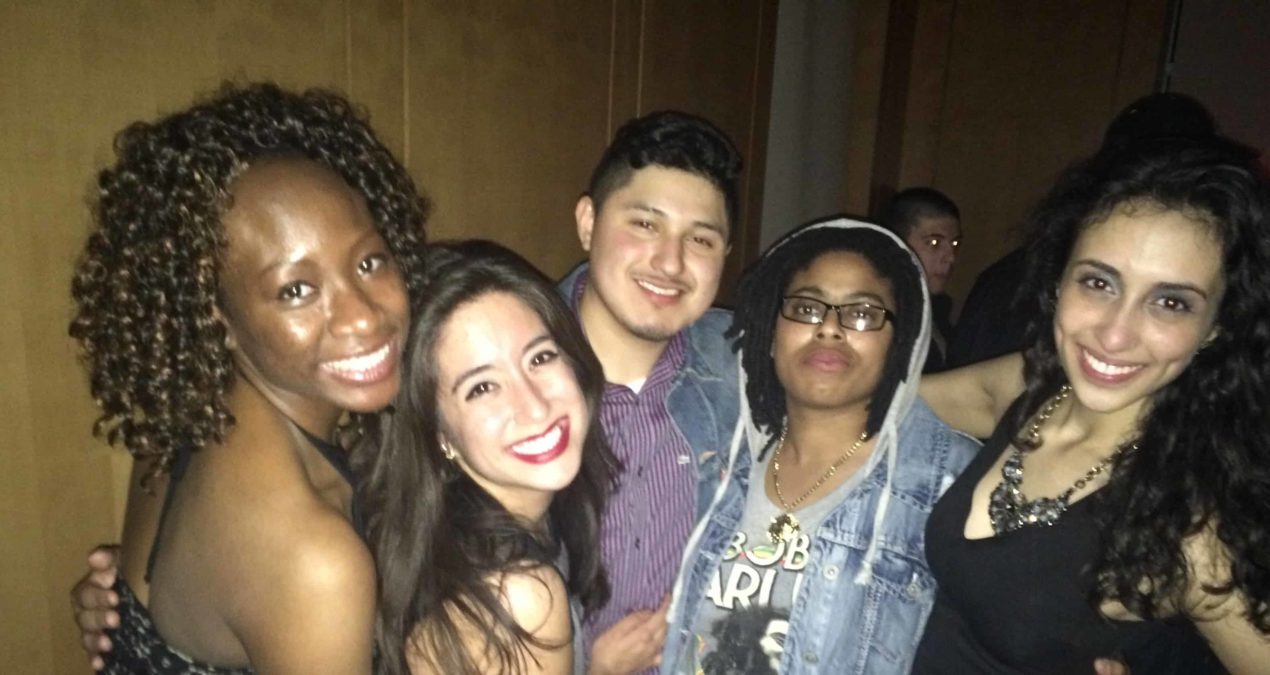 A look behind the scenes of the Icebreaker

By Amelia Hitchens and Laura Carr

“I walked in, it was dark but you could tell there was a lot of energy,” Lascelles Lagares says. “There was loud music, but there was also lots of talking with the music. You could tell it was a live atmosphere where everybody was accepted, and there were new faces and a good feeling.”

Denison’s own National Panhellenic Council (NPHC) hosted its semesterly Icebreaker on Saturday night at Knobel Hall in Burton Morgan. The Icebreaker is an open event that is geared towards bringing the entire campus together, while also contributing to charity. Both the entirety of Denison and anybody off campus was invited, as long as they contributed either $3 or a canned good to the NPHC. All food and donations collected will be given to the Salvation Army.

NPHC President Anna Cohn ‘15 said that there is a lot of preparation that goes into putting together a successful Icebreaker. “The work includes advertising to make sure that campus groups know the Icebreaker is happening, contact other schools to inform them and get a DJ,” she said.

Icebreakers are not exclusive to Denison’s NPHC. In fact, schools with an NPHC all over the country host Icebreakers. Cohn said that she still keeps in contact with people that she connected with at previous Icebreakers, and that she has attended many similar events off campus.

When asked if she knew how long Icebreakers had been a tradition on Denison’s campus, Cohn said, “No, but I know that they’ve been here since before my freshman year.”
Lascelles Lagares ‘15 said that at icebreakers, there are never any fights. There are always “good vibes and never any tension.” He added, “A lot of people dress up and enjoy the club atmosphere. There is always good music including a lot of bass and strolling.

Students generally enjoy the Icebreakers on campus because it is something different. Students who attend the icebreakers appreciate the fact that it is not a “sweaty grind fest,” as Sarah Lopez ‘17 put it.

In addition to the event bringing together people from many different cultures, there were also students and alumni from all over the state and country in attendance.

“So many people came from off campus,” said Lester Harris ‘17, a member of Pi Beta Sigma Fraternity, Inc. “There were people from Ohio State, Ohio Dominican; people from Detroit, Chicago, Boston and a lot of alumni.”
Harris said that the event was a success. “It was dope,” Harris said. “It happens once a semester, so it’s a big deal. We collected over 100 canned goods, about $200 in cash and about 165 to 200 people came.”

Harris continued, “There was a lot of good chemistry, and it brings a lot of people out to have a good time on campus.”