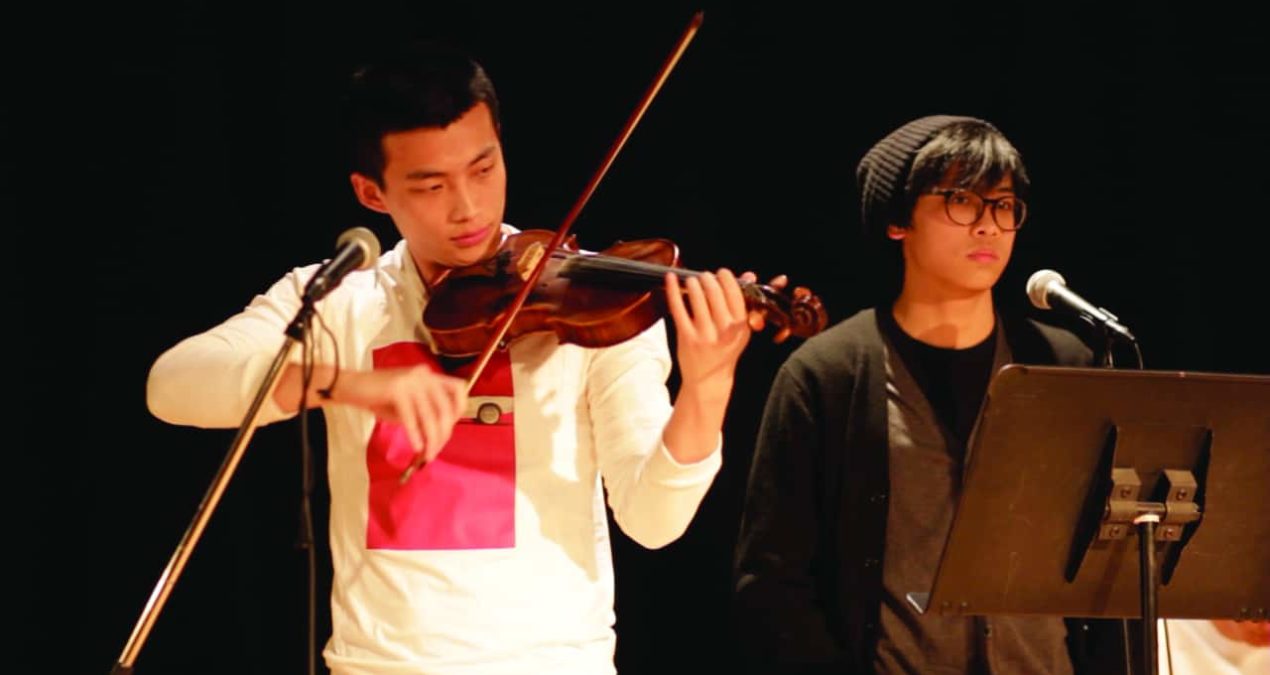 In many Asian countries, the Lunar New Year is celebrated from early to mid-February with family and friends. As the most significant holiday for many students on campus, Friday night was an incredible way to feel at home again.

In a series of events hosted by the Asian Cultural Club (ACC), more than 120 members of Denison’s community came out for the celebration. Event coordinator Chi Nguyen ‘17, said that the event was “a great way for students to get a better understanding of different cultures on campus.”

There were ten performances throughout the night ranging from singing and musical ensembles to cultural dances. The night included traditional Japanese singing, a guitar, saxophone and djembe ensemble, and a TaeKwonDo step dance performance.

Performer Rex Cao ‘16 said that this is a highlight of the event. He said, “With a lot of different people from different social groups and different class years, you get a really good collection of different performances.”

Nguyen, Khanh Le and Trang Trinh sang a mash-up of two Vietnamese songs titled “Nong nan Ha Noi” and “Em trong mat toi.” One song is about Vietnamese girls in traditional dress, while the other song is about Hanoi, the capital of Vietnam and Nguyen’s home. The mash-up allowed for a resonating and traditional collaboration.

“The Lunar New Year is centered around happiness, love, and spreading best wishes in life,” Nguyen said. “Our way of contributing to this theme is by donating to Big Brothers Big Sisters, and is our way of spreading happiness and love.”

$450 dollars were raised this year at the celebration. Attendees could purchase tickets at any price, and all proceeds went to Big Brothers Big Sisters, a mentoring organization.

Hieu Tran ‘17, a member of ACC, said that, “At home, I spend a lot of time with parents and grandparents. Here, I miss these feelings, so I want to do something really special for the New Year. We have a tradition of giving to younger children. Through Big Brothers Big Sisters, we can carry on that tradition.”

Organizers agreed that the entire night was a success. The performances, along with traditional Chinese food catered from Lucky Bamboo, brought together different local and international cultures for ACC’s largest event of the year.

“Even after the event ended, people kept on playing because they were so enthusiastic,” Nguyen said. “There was a huge range of performances.  Everyone enjoyed it and the food was great.”

If you are interested in being involved with ACC or gaining access to video footage of the events, feel free to contact Chi Nguyen at [email protected]