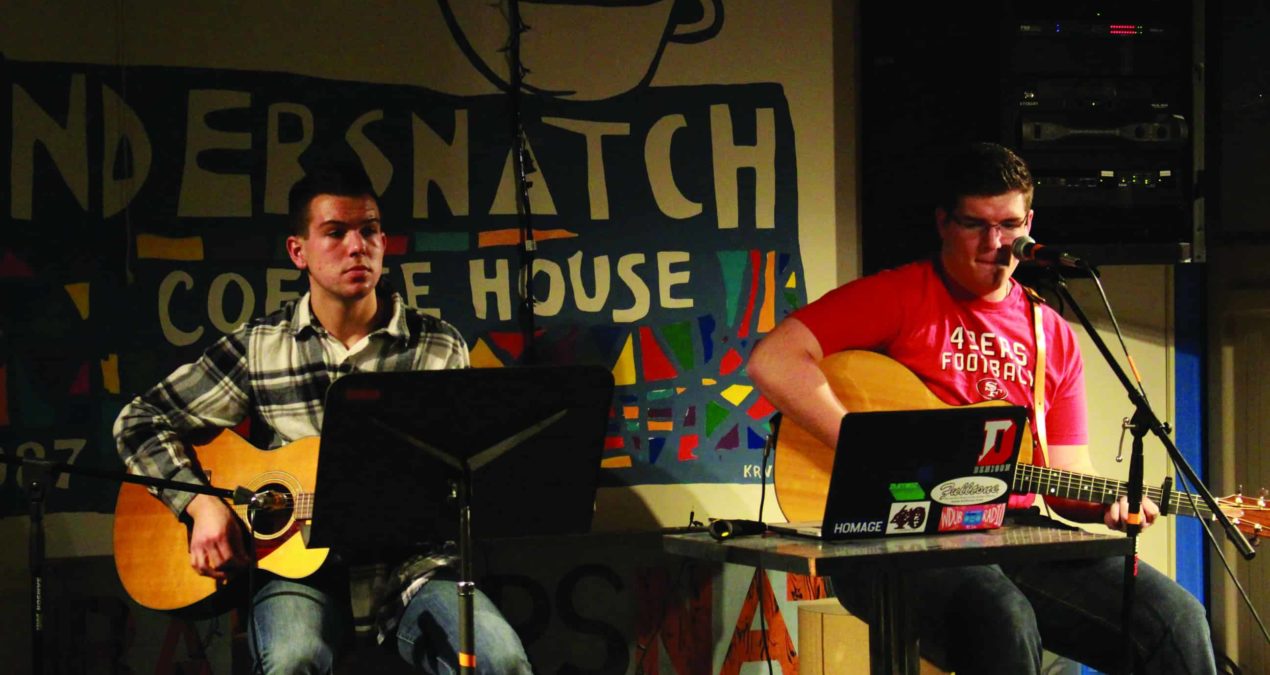 The Bandersnatch shakes things up

The Bandersnatch is now open for the spring semester, as of Jan. 26.

The Bandersnatch, or “The Snatch” as most students refer to it, has been around for 50 years.  It is a popular spot to hang out late at night. In addition, it is infamous for its pizza bagels, snagels and milkshakes.

This year, it has made a few changes in order for its business to become more successful and beneficial to students.

One of the most important changes that the Bandersnatch is making is putting a new tracking system in place. This will not only allow there to be a more effective method to make sure enough ingredients are purchased, it will also keep track of what students prefer and what is most popular. The Bandersnatch team is also increasing the pricing on some of the menu items so that there is no loss in revenue.

The Bandersnatch does not have a lot of funding so they want to make sure everything they are selling is giving them business.

Chris Martin ‘15, member of Denison Enterprises, is enthusiastic about the changes. “As far as what I’m most excited for, is definitely the Bandersnatch app that’s coming out soon,” Martin said. “We think it’s pretty cool, and eventually we’re hoping to move to an entirely electronically based order processing system.”

The Bandersnatch app will allow students to order from their smartphones or computers and pick up their food when it is ready.

The Bandersnatch also has a new countertop. They had it made over break and it made the kitchen about a foot deeper. “That doesn’t seem like very much more space, but what we have is tiny so any bit helps,” said Abbe Kaplan ‘15, Operations Manager of the Bandersnatch.  She also indicated that the more space they have, the more people they can have work on busy nights so food can get out to students faster.

The Bandersnatch has many exciting events planned for the semester. The Bandersnatch is looking to do a lot of collaborative events with other organizations on campus in order to bring more students in.

“I really hope to find ways to make The Snatch come alive with music, art and a sense of community again this semester and in the following semesters I have left here as a Denisonian,” Jen Park ‘17 said.

Bringing the extra element of music and art allows the Bandersnatch to become more than a late night food joint. They plan to host open mic nights once a month, a Valentine’s Day Hilltoppers concert and a Mojoflo concert.
These changes are sure to improve the atmosphere and quality of the Bandersnatch.