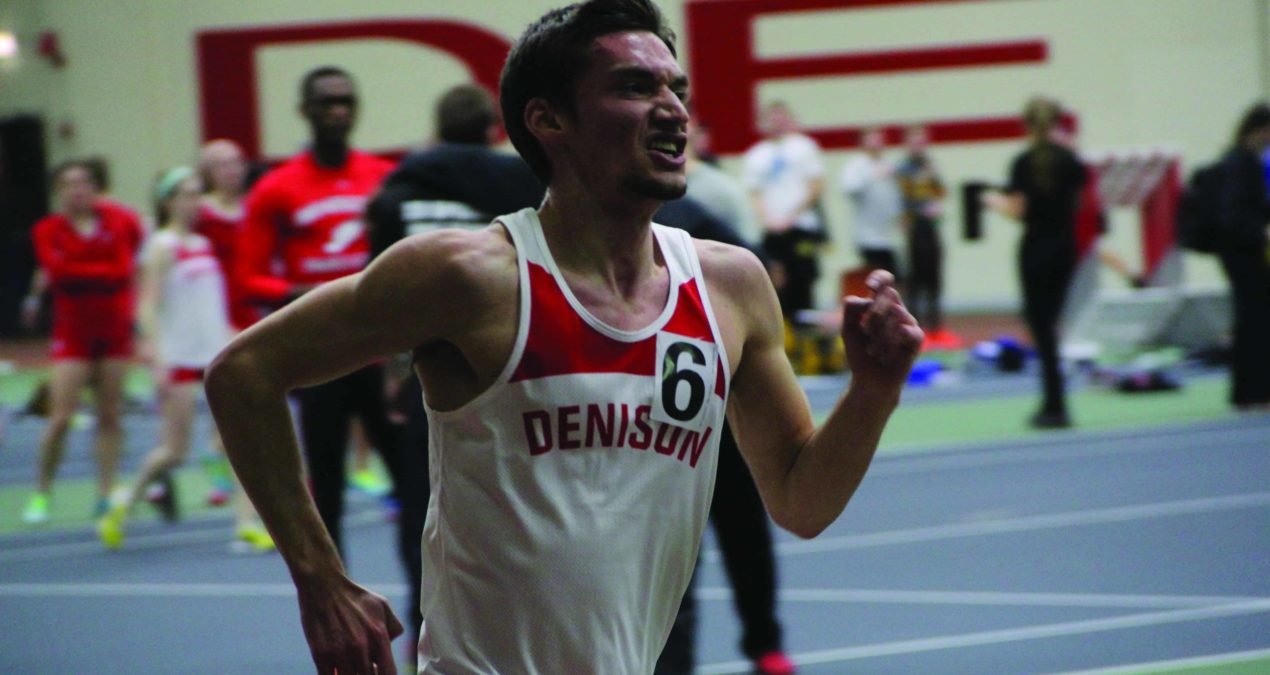 After a weekend off for most of the team, the Big Red men’s track and field team turned their focus toward the Kenyon Classic, which took place on Saturday.

As the NCAC Conference Championships at DePauw approaches, the team is beginning to see every meet as an opportunity to improve as a team and to make a statement.

“The Big Dance (Conference Championships) is in two weeks and we really need to start taking advantage of every opportunity we are given to improve as a team,” Quenton Richards ‘16 said.  “We have a lot of guys coming back from injury and we are looking to start coming together in full strength.”

Richards’  has had to tweak his preparation leading up to the Kenyon Classic.  “As I mentioned, we have a lot of guys coming off of injury. This list of recent injuries includes myself. Fortunately, the coaching staff and my teammates have been more than supportive throughout the recovery process. This process has altered my usual habits and preparation leading up to this week’s meet.”

The Big Red men were able to compile 77 points from its nine top three performances at the Kenyon to secure a fourth place finish. Wallace Branche ’16 and Jake Dennie ’17 led the team with two victories. Branche won the triple jump with a combined leap of 44’2” and Dennie won the 5,000-meter run with a time of 15:36.15.

Other top performers included Ryan Keller ’16 who finished second in the 800 and Lester Harris ‘17 who placed second in the triple jump behind his teammate Branche with a distance of 43’1.50”.

The Big Red will look to improve even further during their next competition, the Denison Last Chance Meet, which will be hosted at the Mitchell Fieldhouse on Feb. 27.