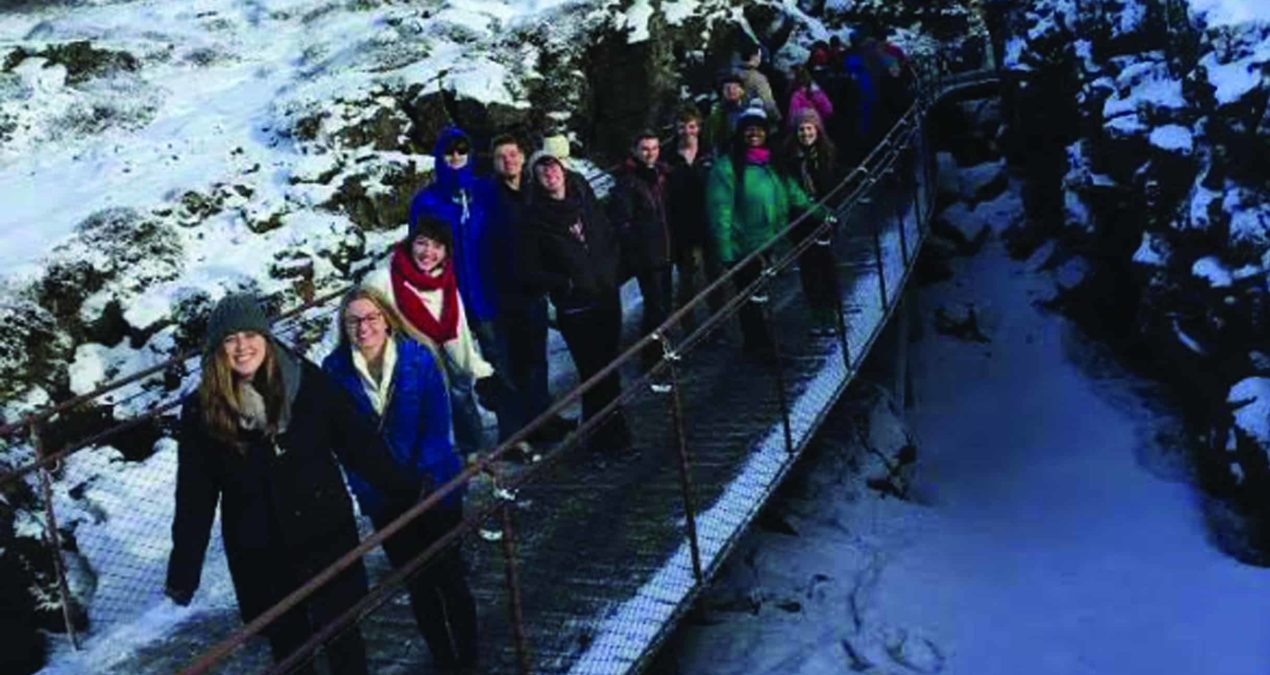 A select group of Denison students went on quite the adventure over spring break. Each year, the music department sends Chamber Singers on a concert tour overseas. This year, director Dr. Wei Cheng chose Iceland as the destination. Previous groups have gone to China and Italy.

A string ensemble and a pianist accompanied the singers on the trip. The other staff members included Dr. Ching-chu Hu and Dr. Belinda Andrews-Smith.

The singers performed three concerts on the trip, the first of which was performed in Iceland’s largest concert hall, Harpa Hall, in the city of Reykjavik. The next concert was held in Skalholt Church in Skalholt. The singers got the opportunity to perform with a more contemporary choir called Vox Populi. The final concert was performed on their own in a venue called the Saga Centre.

The singers worked hard performing their concerts, but they were also able to make time to have fun and see some incredible sights. In between concerts, the group explored the southern countryside of Iceland and did a walking food tour of Reykjavik, sampling some unique eats including dried fish and fermented shark.

They saw some natural phenomenon as well when they visited the area surrounding the Eyjafjallajokull glacier. The group got to witness a geyser and its surrounding hot springs and saw it erupt multiple times. They also saw museums, the place where the first Parliament in the world took place and witnessed a solar eclipse.

The group had an incredible time on the trip. Chelsea Winebrener ’16, an English major from Delaware, Ohio, had several favorite parts of the trip. She stated her favorite musical aspect of the trip was singing in Skalholt Church.

She said, “The church had amazing acoustics, and when we sang the space was so alive that the sounds just bounced around you and echoed beautifully.” Her favorite “touristy” activity was the Blue Lagoon. “I could’ve soaked in there for hours. But I think the highlight of the trip was seeing the Northern Lights, which I can cross off my bucket list now.”

The group had an amazing time as Winebrener comments: “We did so much in such a short amount of time that it felt like we were there a lot longer than a week, and we loved every second of it.”