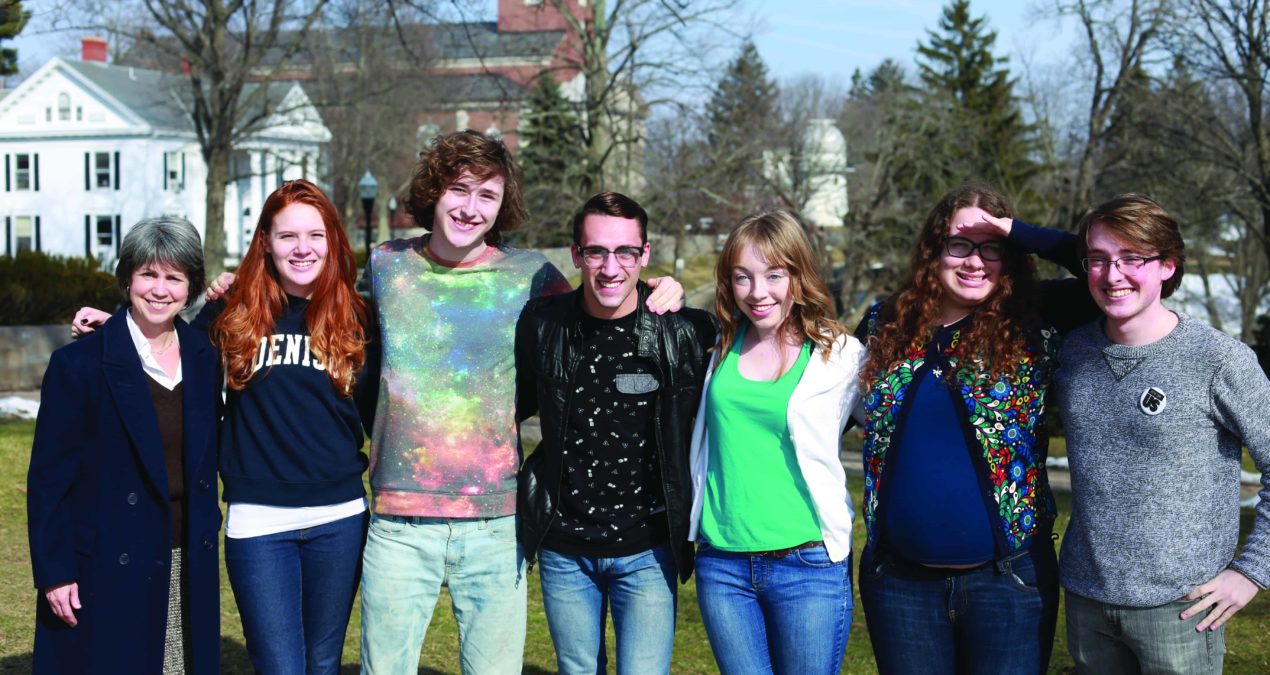 Starting next fall, sophomores and juniors will no longer be required to live with students based on gender, and will be free to choose roommates regardless of gender identity. Last month, DCGA voted unanimously to create gender neutral living spaces on campus, and later this month, the housing lottery will make “open housing” a possibility for some students.

An Open Housing lottery will occur alongside the traditional Senior, General and Special Interest lotteries. Interested students can fill out a Google Form for the open lottery. Brian Allen ‘17, a member of the small committee formed at the end of last year to explore the option of gender inclusive housing, said that they were projecting anywhere between “a dozen and 50 students” participating in the lottery — including himself. “I really like girls, I like interacting with girls,” Allen said, “It’s really important to allow people to live with whoever they want.”

Still, the reality is some students might not feel comfortable living in open housing spaces. In an email, Director of Residential Education and Housing Kristan Hausman wrote, “In this first year, not all spaces will be used as open housing. Students who are not interested in this new experience will still have the opportunity to select from spaces on campus that are identified as male and female.”

One of these spaces, says Emily Cantrell ‘17, another committee member, is the first floor of East Hall. Cantrell says that the committee eliminated floors like this one because of “bathroom discrepancies” — meaning that the location of the public bathrooms (which will remain separated by gender) would be too inconvenient for a pair of roommates with differing gender identities.

There will be a diversity of housing options for students pursuing the open lottery, said Haley Jones ‘17, Vice President of DCGA, including doubles, triples, quads and suites, many, though not all, on East Quad. First year students will still live on West Quad with roommates of the same gender. “It takes a different kind of planning and infrastructure,” said Allen, who added that the committee is looking into ways to incorporate first years who may want an open housing option.

Denison isn’t the first college amongst its peer schools to take gender out of the equation for housing options. Kenyon College in Gambier, Oberlin College in Oberlin and Carleton College in Northfield, Minn. all have some form of gender neutral, or “open” housing. Denison has had a gradual approach, as it removed gender boundaries for senior apartments in 2013. Cantrell and Allen say that in the past, they have met prospective students who chose not to come to Denison because of housing policies; additionally, a small handful of students regularly ask for housing accommodations at Denison due to gender identity every year.

Before open housing could become a reality, it took a semester of research followed by nods from DCGA, the Committee on Residential Life, and the Board of Trustees. Haley Jones, chair of CRL, said that support for the idea is present in the student body, but for her as well: “I’m really excited this is happening… A lot wasn’t certain about if or when this would happen, [but] there is a need for it and I’m glad that need is being met.”

Is Lamson Lodge the new ‘Sunnies?’