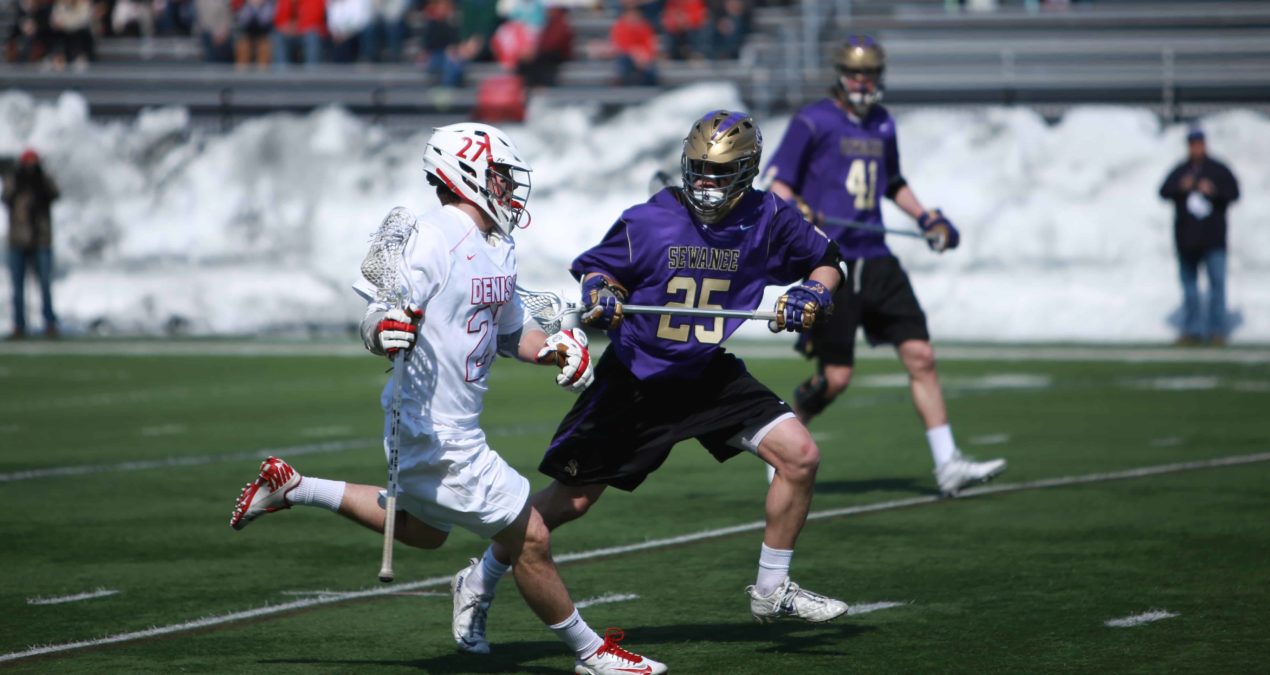 The Denison men’s lacrosse team was able to rebound this week from a tough 0-2 start to the season by claiming victories over DePauw 20-2 and Sewanee 13-2.

Against DePauw, Denison stormed out of the gates en route to a 14-0 start through three quarters. In dominant fashion, the Big Red outshot DePauw by a whopping 72-11 tally as James Meager ‘17 and Liam Rooney ’17 paced Denison’s attack with four goals apiece.

This past Sunday, Denison faced a Sewanee team that recently upset Roanoke 10-9, a team that beat the Big Red in Salem, Va. 13-11 earlier in the season. Denison once again jumped out to a quick 3-0 start with four first quarter saves from rookie Elliot Avis ‘18.

Tight defense down the stretch eliminated all hope for both teams Denison faced this past week. The Big Red forced 30 turnovers against DePauw and 20 against Sewanee. It was evident that in both games the DU men were playing with an edge, stemming from their back to back losses. This is the first time they’ve lost in the regular season in almost two years.

In trying to rebound from their slow start to the season, the team had a new intensity in practice this past week.

“We had a really good week of practice,” Rooney said. “The back ups pushed the starters really hard in practice and I think that was key to our success the past two games”.

Team play was obviously a factor this past week. Against Sewanee, Denison managed to have 8 different goal scorers with Blair Farinholt ‘16 netting five goals, matching a career high for the attack man.

Despite the rare early season losses from the Big Red, the team remains optimistic that it can still achieve the goals for this season. Playing top ranked opponents early in the year can either be a gift or a curse. Rooney likes to believe there is a lot to be learned from top ranked opponents.

“[Playing good teams early in the season is] very important because it gives us some experience for the playoffs, and also shows us how much we need to improve to make a run at the NCAC and NCAA tournaments.”

Now that the Big Red have a feeling for how they match up to top competition, it will be up to them to learn and grow as a team in order to make a late season run. This past week, they showed they are prepared for success, but a lot more has to happen for the success to become a reality.

DU will have another chance to prove their capabilities this coming March 11 when they host Albion College at 5:30 p.m.