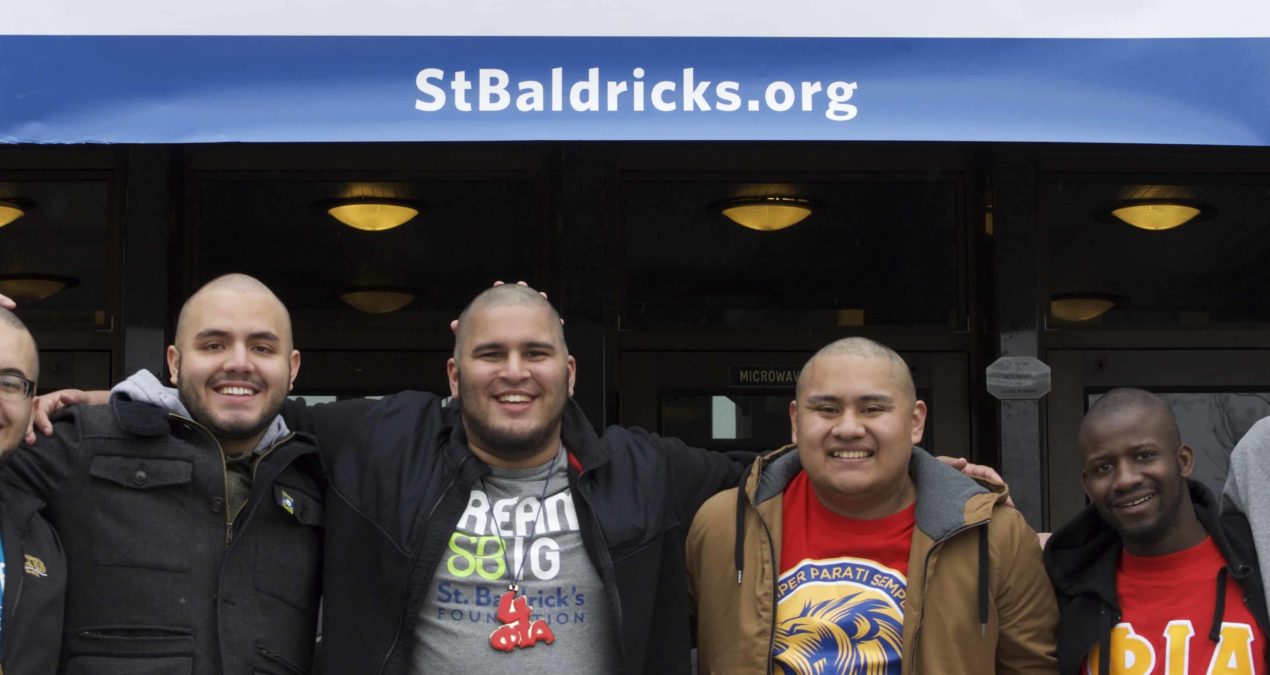 A unique philanthropy event came to Denison on April 25 when Phi Iota Alpha and Delta Chi Fraternity teamed up to host the St. Baldrick’s Head-Shaving Event.

Students and community members filled A-Quad in solidarity toward ending childhood cancer from 11:00 a.m. to 1:30 p.m. despite the dreary weather. Giancarlo Vita ‘17 and Hank Tran ‘17 get their heads shaved in solidarity with childhood cancer patients.

Attendees were not only there for the Taco Sherpa food truck and field games; the main stage was taken over by students and community members willing to shave their heads or donate eight inches of hair to the cause. A local barbershop from Granville had the honor of shaving and cutting donors’ hair.

After tabling for nearly a month in Slayter, the event attracted 28 “shavees,” who signed up to shave their heads to show solidarity with cancer patients who often lose their hair from chemotherapy treatment. During tabling, each shavee had a jar representing their cause to encourage students and faculty members to donate.

One shavee, Jared Kriwinsky ’16, said this event “is unique because it allows you to show solidarity with childhood cancer victims. While few people enjoy being bald, some have no choice. While everyone who participated in St. Baldricks is lucky to say they did not experience childhood cancer, we did our best to show solidarity with these victims and know that we support them in all their battles.” Kriwinsky’s final count raised was $400.00.

Event coordinators Hank Tran ’17 and Giancarlo Vita ’17 had been dreaming about bringing St. Baldricks to Denison for nearly a year and a half. “Giancarlo and I wanted this event to be an all inclusive, no boundary, no-owned event for the Denison community as well as the community around us,” said Tran, who is the Treasurer of the St. Baldricks Initiative at Denison.

Tran and Vita were both humbled by the support that people showed toward the cause, through both donating their hair and monetary contributions. The shavees themselves included, “Students with lives impacted with the disease, those who were intrigued and many who truly wanted to help something bigger than they were,” Tran said.

So far, the event has raised $5,000 and donations are still being made. The top raising shavees were Hailey Olson ’17, Audrey Miller-Foreman ’18, Jared Kriwinsky ’16 and Ryan Polk ’17. “It lit up my heart to see people give up their hair for the kids,” Tran said.

The success of this event has inspired Tran and Vita to continue to bring St. Baldrick’s to campus in years to come. They hope to make a committee of students interested in the cause to help with the event next year.