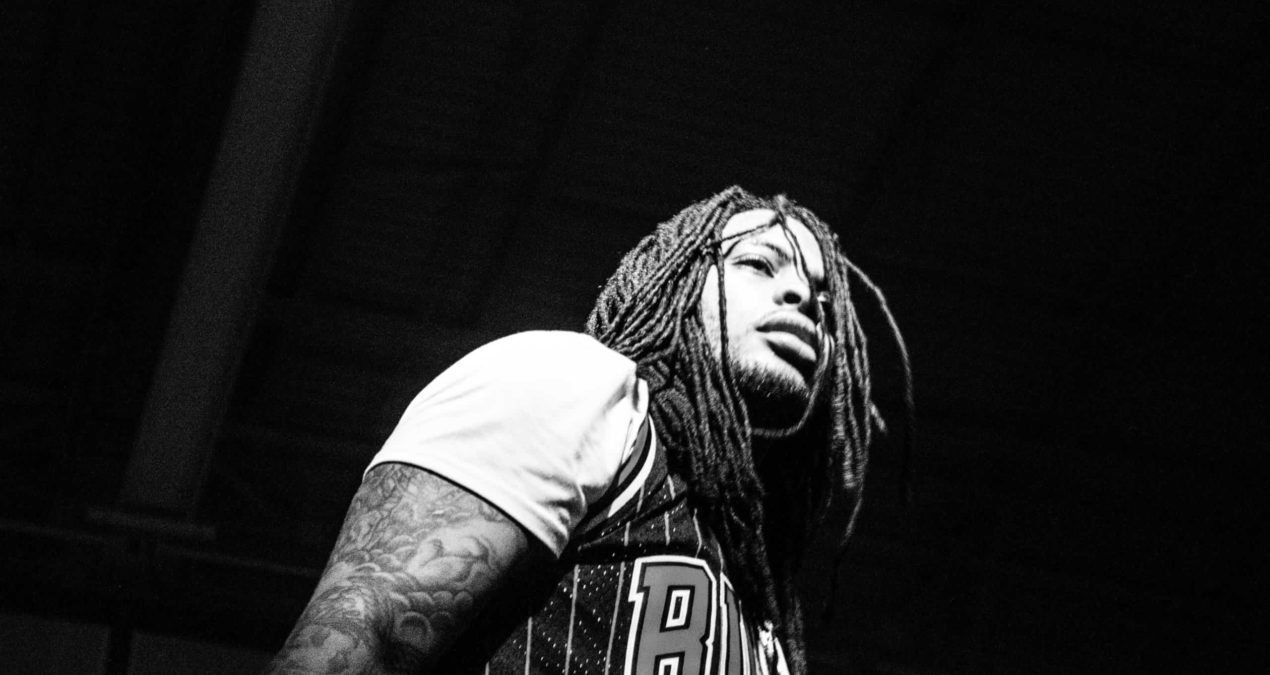 Many students prepared for the show by blasting his music in their dorm or wearing Waka gear throughout the week, and once the night finally rolled around, students rushed down the hill to the Mitchell Center anticipating an amazing performance. The front entrance of Mitchell and tennis courts were fully packed while students waited for the show to start.

R City came on before Waka, and pumped up the crowd with their cover songs and hit single, “Locked Away,” which left the audience in awe. They even took it further to give the crowd a motivational speech about how they became famous, and not to let go of your dreams which was truly inspirational.

Waka took the stage by storm and crazily hopped around stage through his whole performance. When his infamous song, “No hands,” came on, the crowd went ballistic. There was never a dull  moment in his performance.  With no surprise, Waka and R City did not disappoint, and their concert, hands down, should receive a solid four-star rating.  Waka took it upon himself to jump in the crowd and interact with students, which also allowed for a huge response from the crowd.

Unfortunately, not everything was or can be perfect when attending a concert at a universty.

Some students felt that the crowd was too much, and  Ericia Bramwell ‘19 shared her thoughts.

“There were many drunk people who were too intoxicated to remember manners and respect.,” she said. “The pushing and shoving was uncalled for, but I guess that’s how Waka concerts are.”

Overall, D-day was a success in terms of the music presented. Whether you were sober or completely out of it, you most likely enjoyed the music. Tariq Longsworth ‘20 is really “hoping that D-day can be even better for next fall semester.” It will be exciting to see what Denison will bring to the table next year, and are holding them to a higher standard this time around.

Lariona Jacobs ‘20, an anthropology/sociology from Boston, MA, said, “the performance was amazing and Waka Flocka took the crowd by storm, however, I was disgusted with the behavior displayed by Denison students. From pushing to shoving and much more I thought it was living a nightmare” From a social standpoint, D-Day was a complete flop. Denison students need to work on their alcohol consumption, and remember just because you’re drunk doesn’t mean respect falls out the window. Jacobs then said, “This is not what Denison should represent when we come together as a community: drunk people who don’t know how to treat others when buzzed off liquor.” Respect is key, and that was not shown at D-Day Friday night.