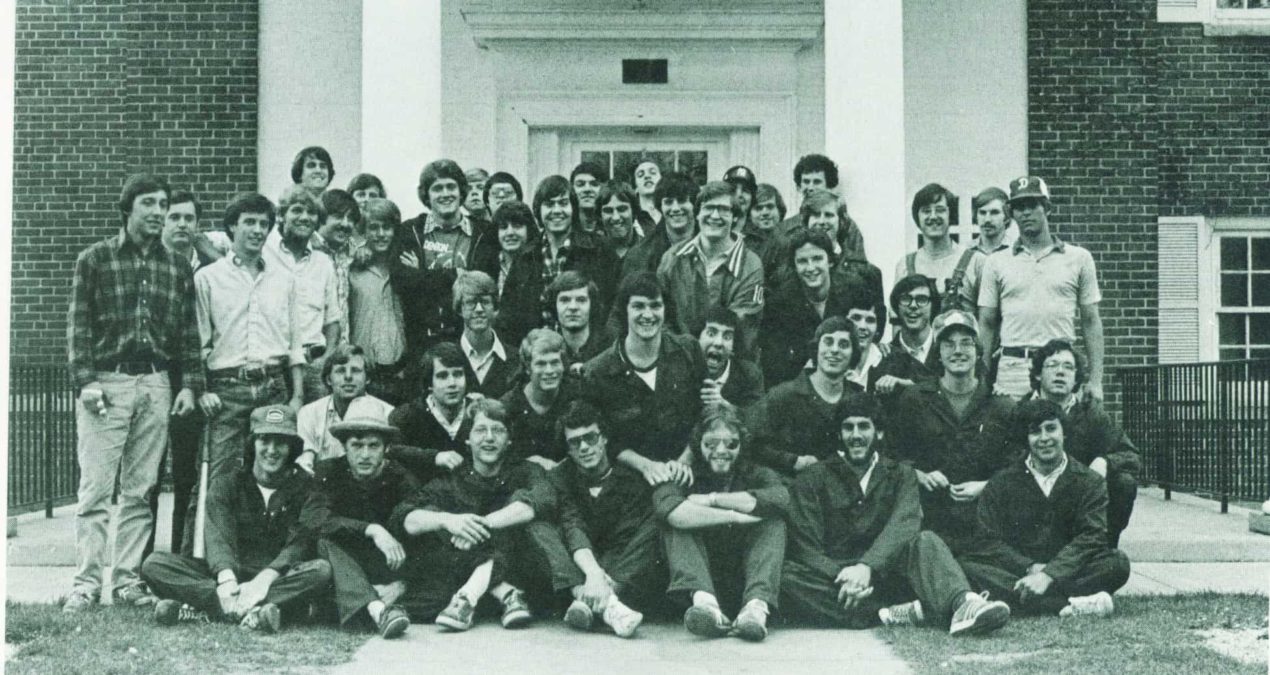 A graduate of Denison’s 1980 class, George Bodenheimer spent 33 years working his way up from the mailroom of ESPN to becoming the company’s executive chairman.

“I call it being a student of the business: I pushed myself to keep learning about the business, I worked extremely hard, I had mentors along the way; Having mentors is extremely important [and] I was fortunate enough to be with a growing company,” Bodenheimer said. “I think if you work hard then those kind of opportunities are out there for young grads today.”

Bodenheimer, 58, was the first member of his immediate family to attend a college. His path to Denison began after a family friend encouraged him to visit the school.

During his time at Denison, Bodenheimer joined the Ohio Mu chapter of Sigma Alpha Epsilon (SAE) fraternity on campus, served as Vice President of the Interfraternity Council and played several intramural sports.

Although the university’s chapter of SAE was disbanded in 2001, Bodenheimer said that being a member of the fraternity was an invaluable experience. George Bodenheimer ‘80 explains that his success comes from pushing himself to keep learning about the business, working extremely hard and having mentors along the way.

“Being an SAE was a highlight of my time at Denison,” he said. “They turned into some of my best friends for life. I was just going back and forth with one of them this morning.”

The former president of ESPN displayed entrepreneurial inclinations early on when he founded Campus Shopper, a business geared toward advertising local businesses to Denison students. Bodenheimer also held jobs on campus and off campus throughout his tenure at Denison.

Bodenheimer had a clear career path in mind after graduating from Denison. He set his sights on the sports entertainment field and sent a letter to every Major League Baseball team asking for a job.

“The only letter I got back was from a Denison alum named Bill Giles, the owner of the Philadelphia Phillies,” he said. “It just shows the value of the Denison alumni network and why it’s so important. We became friends after that. It didn’t result in a job, but it did open doors.”

“Mr. Bodenheimer has made a profound impact on my post-college thoughts and potential plans,” she said. “He epitomizes devotion and commitment as exemplified by his experience at ESPN and has made me proud and confident of my Denison education. I’m excited knowing I don’t need a vocationally specific degree in order to be happy and successful.”

Bodenheimer found the opening for a position in the sports entertainment industry in 1981 at ESPN, a budding Connecticut-based sports media television channel at the time.

Bodenheimer’s patient 33-year journey with the company began in the mailroom, and he eventually became ESPN’s president in 1998 and served until December 2011.

He was then promoted to the Executive Chairman, a position that he holds to this day. He was also the president of ABC Sports for nine years in March 2003 to January 2012.

As a result of watching ESPN grow to where it is today, Bodenheimer attributes a lot of the company’s growth to the subsequent growth in technology.

“When ESPN started in 1979 the idea of a channel of sports 24 hours a day was a ludicrous idea,” said Bodenheimer, who was named the Most Powerful Person in Sports in 2003.

“You can look at more sports on more devices at more times of the day than you could have ever imagined. When the Internet was first appearing, people in television were scared of it, but the opposite has happened, it’s only grown the pie.”

Bodenheimer’s tenure on Denison’s Board of Trustees coincided with President Adam Weinberg’s introduction to the school. “George’s presence on the board has been important. He is one of the sharpest strategic thinkers I know,” Weinberg said. “He also brings a deep passion for Denison and the liberal arts.”

Weinberg added, “He has an incredible ability to frame the right question in ways that changes the nature of a conversation and allows you to see opportunity.”

In turn, Bodenheimer had high praise to offer about Weinberg: “Adam is so sports minded, he’s raised the visibility of Denison sports as well as Nan Carney-DeBord. He realizes it’s one of the strengths of our school, so it’s a great thing to see.”

In their coverage of NCAA championships, ESPN now includes Division III sports. “I think you’ll continue to see expansion as the barriers to entry continue to go lower and lower I think you’ll see more sports coverage available through media.”

Bodenheimer, who has three children, Kate (28), George Jr. (26) and James (24), is slated to receive a Lifetime Achievement Emmy award on May 5, the same day that his first book, Every Town is a Sports Town, hits the shelves. All proceeds of the book will go to the Jimmy V. Foundation.

Bodenheimer attributes his career success to three principles: “One: Be optimistic, two: career over salary and three: be a student of your business. Your education doesn’t end after you graduate, it’s only just beginning.”