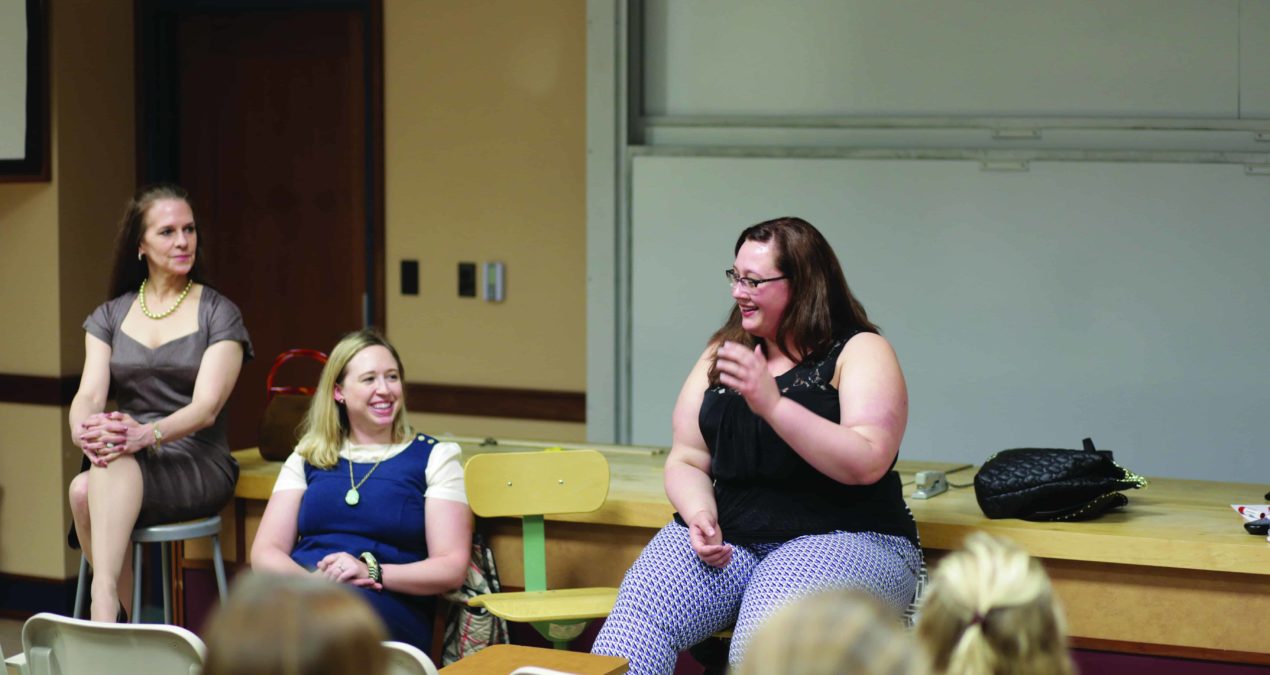 When Felicity Hillmer ‘86 graduated from law school, she received a poster that said “Boys, I’m Taking Charge Here.” The acronym on the poster acknowledged the stereotype of women in law and politics.

Hilmer, the regional manager for the Industrial Commission of Ohio, spoke to an audience of about fifteen female students at the April 2 Women in Politics Alumni Panel about her experience in politics, and the unique challenges faced by women.

She was joined by Elizabeth Yassenhoff ‘08, the in-house counsel for the Ohio Tuition Trust Authority, and Brooke Felts ‘12, the administrative aide to State Senator Sandra Williams.

“The panel was a great way to have interested students make connections with these women, hear any advice they may have for those looking to enter the world of politics after Denison, and listen to these bright women tell their real experiences in politics in a more personal way,” said Haley Butters ‘16, the Activism Chair of Denison’s chapter of the American Association of University Women, the organization that organized the panel.

The AAUW has been an organization since 1881. They are a national organization aiming to empower and improve the lives of millions of women.

The women spoke candidly about finding a work-life balance and how women can support or undermine each other.

Hilmer said she has encountered people who thought “it’s cute” that women wanted to practice law, and, although the climate for women has improved, still believes that idea exists for some people.

They also gave practical advice such as to maintain eye contact when shaking hands, and to have a firm handshake.

Rebecca Rabb ‘16, a math major from Cleveland, Ohio said she was convinced by her roommate to attend the panel. It “had a good spread of people in different areas of policy. Everyone was really open and honest about what they face as women working in politics/policy,” she said of the talk.

Margaret Douglass ‘16, a women’s studies and communication major from Pittsburgh, Pa. said, “What struck me was the similar reactions from the women about having to become ‘bitchy’ in order to be taken seriously by their male bosses/colleagues, despite having more experience in some cases. Obviously all work in quite different jobs, yet referenced those same experiences.”
AAUW’s next event is an equal pay rally on April 14, Equal Pay Day.