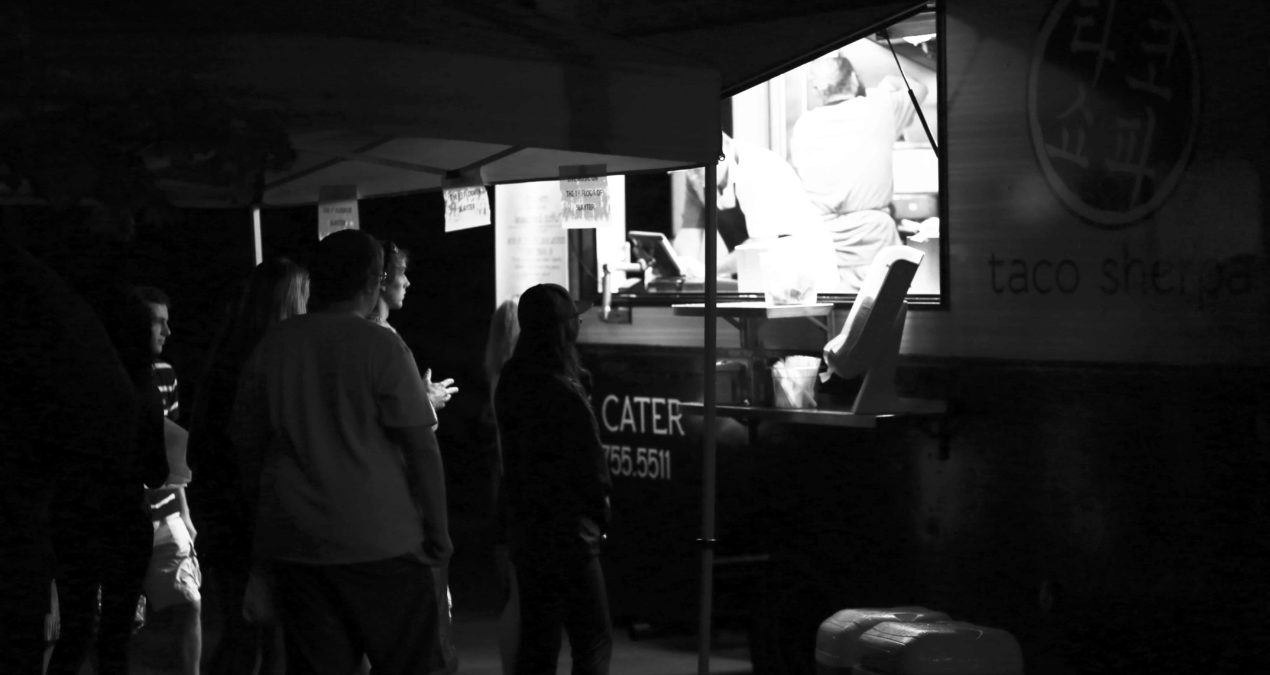 Many Denison students attended the food truck festival held on the evening of Sept. 11, which consisted of Steamroller Bagel Sandwiches, a local business run by Granville natives, and Taco Sherpa, a popular Columbus vender, which put a Korean spin on traditional Mexican dishes including burritos, tacos and quesadillas. Students were able to use tablets in order to complete orders and payments at the food trucks.

One part of the festival that was not emphasized in the advertisements was the live music.

Students ordered their food outside and were able to take it inside Slayter to listen to a performance by The Speedbumps, a northeastern Ohio band who just recorded their fourth album, entitled Soil to the Seed.

“I love this school,” said Speedbumps lead singer/songwriter Erik Urycki. “I was totally getting good vibes, and the people are so kind. They actually pay attention to the music.”

Hoards of students showed off their dance moves for the band and their fellow students, including Jorge De La Torres ‘19 and Grace Rooney ‘19. Other students were showing friends ballroom dancing techniques.

The food truck festival is an annual event put on by the University Programming Council.

It serves as a welcome back festivity for students and while there are a few popular, loyal vendors, UPC does its best to bring new and interesting cuisines to campus.

Food trucks are somewhat of a tradition on Denison’s campus, with may events often featuring local vendors throughout the year including Doobiepalooza, the involvement fair, senior week and simply when campus needs a yummy pick-me-up.

The Wolves kicks it home with an amazing, dynamic performance