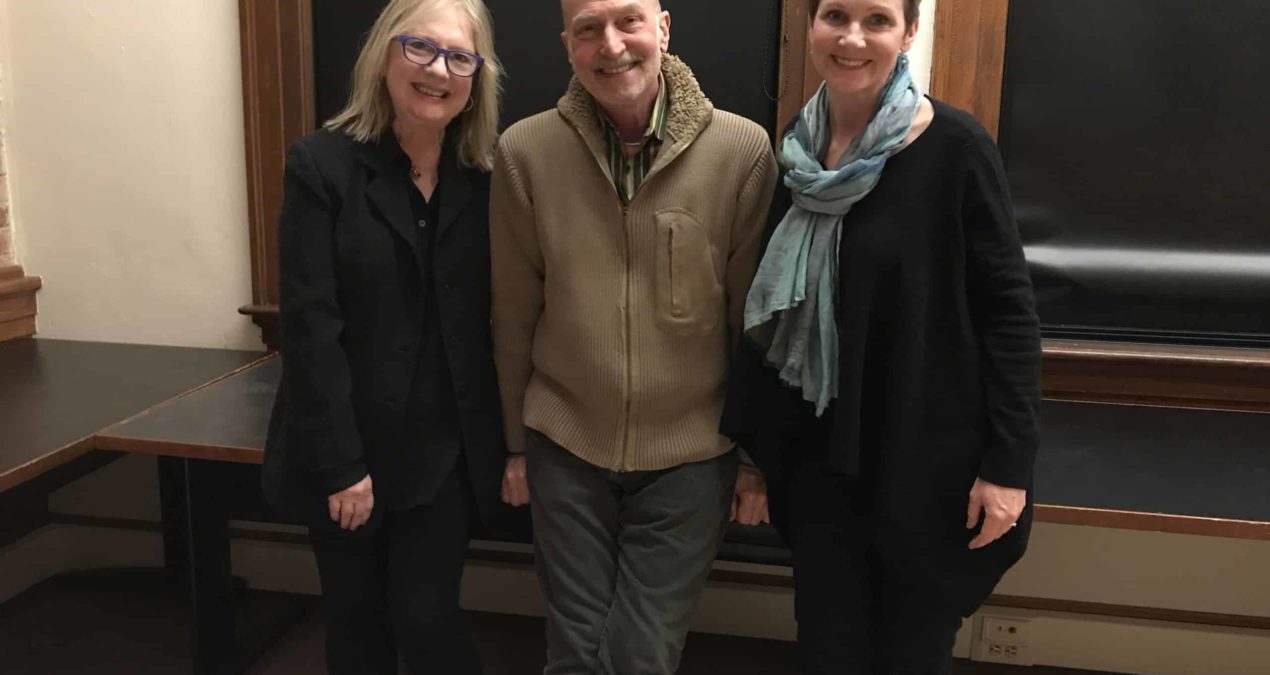 On April 4, Denison welcomed a dynamic Ohioan poet trio to campus for the last Beck Series event of the semester. This time around, Kathy Fagan, Michael Rosen and Maggie Smith were the three Ohioan poets who inspired the room with their work.

The Denison Beck Series is run by the English creative writing department, where writers come from across the nation to perform for students and the community of Granville. The series hosts different writers a few times each semester during the series.

Kathy Fagan is the director of creative writing and the MFA Program at The Ohio State University, a professor of English, a poetry editor of OSU Press, and an advisor to The Journal. Her latest release is titled “Sycamore”. She has written many other works including “the Raft”, and has been featured in The Paris Review, The Kenyon Review, Slate, FIELD, Narrative, The New Republic, The Nation and Poetry. She was recently named the Ohio Poet of the Year in 2017.

Michael Rosen is a prolific writer and artist who has written over 150 books, mostly for children. His most recent work is titled “Every Species of Hope,” but he has also written three other poetry collections such as “Telling Things,” “Traveling in Notions: The Stories of Gordon Penn,” and “A Drink at the Mirage.”

Maggie Smith has written multiple works of poetry, including her most recent collection “Good Bones,” along with others such as “The Well Speaks of Its Own Poison” and “Lamp of the Body.” In 2016, her poem “Good Bones” went viral internationally after the Orlando Pulse nightclub shooting in 2016. The poem was written before the shooting occurred, touching those around the globe. The subject of the poem begins with “life is short, though I keep this from my children” and voices the struggle to love humanity as it is. By teaching children love, even through “the world is at least fifty percent terrible”, people still have hope and “try to sell them the world”. “Good Bones” now has been translated into nearly a dozen different languages.

Each poet took turns reciting their works to an eager crowd of Denison students and professors. They talked about their inspirations, limitations and experiences as poets and writers.

Fagan reflects during her reading, “When I talk to my students, they laugh at how much I’m not with modern times and because of that, I was inspired to write about my nostalgia of different times.”

There were several students at the reading, some just growing their roots of passion into the creative writing department.

The stories of these very unique poets displayed how diverse Ohio is, and also how diverse Denison is to attract so many different and influential writers.

If you would like to check out more of Fagan, Smith or Rosen’s work, you can find them on https://www.poetryfoundation.org/.