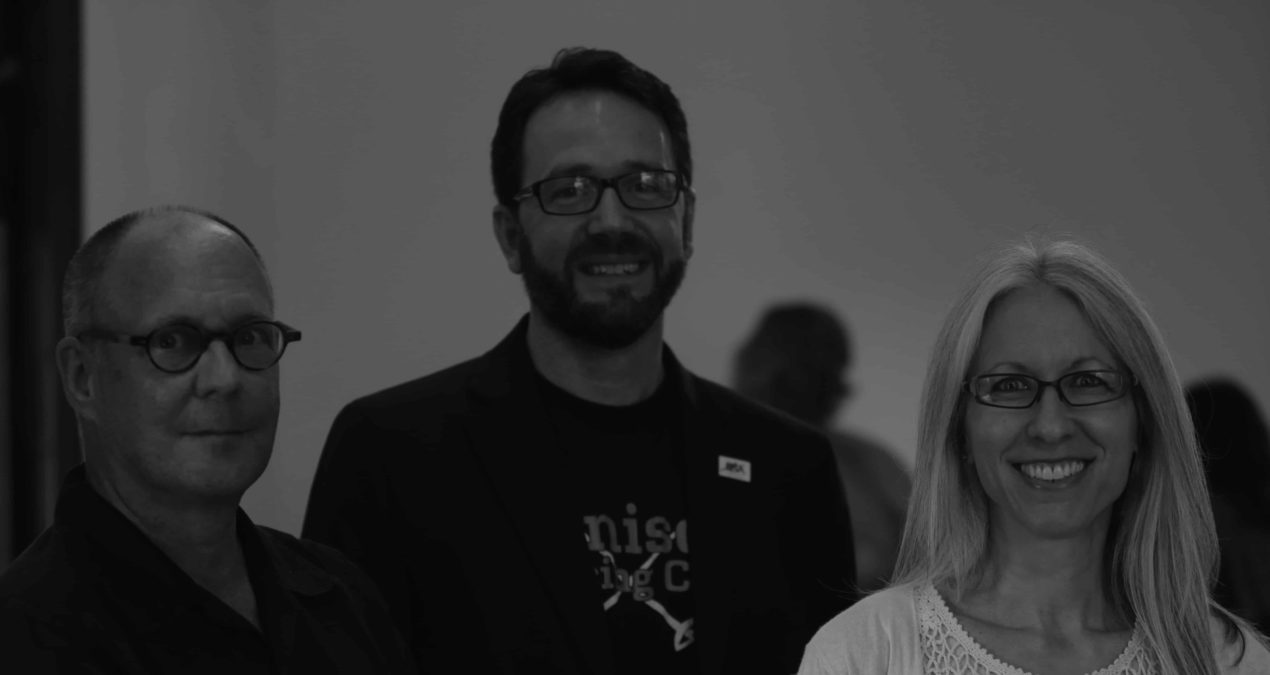 The air seemed a little more homey in the Barney Davis Board room as Ann Townsend, co-director of the Beck Visiting Author Lecture series rose to the podium on Wednesday night to welcome three seasoned Denison faculty members.

Along the side of the East wall stood Margot Singer, Peter Granbois and David Baker, three well-known Denison faculty members clutching wads of paper with an air of self-assured nervousness that only comes from decades of poise mixed with talent.  The three creative writing professors came together in a literary trio to read some of their stunning new work. Throw in a dash of The Color Purple, Tom Stoppard, screenwriter of “Shakespeare in Love” and former U.S. Poet Laureate W.S. Merwin. But the Sept. 9 lecture brought something incredibly different and special as three of Denison’s own took the stage.

As Townsend noted in her introduction, “these three authors have a talent for linking local occasion with larger national and international concerns.”

Mihika Argarwal ‘17, a creative writing and communication double major from Kolkata, India, knows the Beck Lectures are always inspiring, but she knew this one was special: “It sends a message to us to have them read their own work.

“All this while we would find inspiration outside, when really it was in our own backyard. The lecture brought a new level of respect for our professors and Denison. It showed us that even while being amazing professor, you can keep up your dream of writing,” she said.

Grandbois was first in the lineup, sharing with the audience that friend and colleague Margot Singer inspired his new work, who suggested he write about his return to the world of fencing.

He began with an essay from his new work, prefaced by his fear of Donald Trump and the idea of always winning. The theme was “failure.”

The essay was passionate, imaginative and strong. It was an honest look at the flip side of failing and a well-constructed recount of what it means to grow older, but retain passion and desire to always do better.

Grandbois ended his reading with a poem entitled, “Sometimes I Think I Hear.”

Singer followed Grandbois with two sections from the first draft of her recently finished novel, “The Art of the Fugue.” Her first selection conjured up sharp, life-like images of a modern day London night and her main character Esther gave the audience an endearing glance into a connection with a total stranger on the street.

Her second selection detailed Esther recounting the memory of losing her teenage son, who drowned while the family was on vacation.

Singer’s writing was beautifully intense and poignant, leaving the audience on the edge of their seats.

Closing the program, Dr. David Baker approached the podium and instead of a classic introduction, immediately began reading a poem entitled “Magnolia.”

He continued on to read a poem dedicated to Wendell Jackson ‘17, his students and his colleagues. He called it, “a Granville poem,” titled “Swift.” The emotion continued through his last two poems, one about his daughter as a young child called, “What is a Weed,” and the last about his elderly father’s dangerous fall called, “Peril Sonnet.”

The reading captured every style of creative writing bundled into an hour of literary inspiration.

Certainly, it helped that each author also happened to be an excellent reader, but the work itself carried the lecture with engaging storylines and powerful images.

For Iryna Klishch ‘18, a Creative Writing major from Glenville, Ill., the talent she saw in the reading was inspiring: “I really liked how the professors were reading. I think it was such an incredible experience to hear all of them read their work. All three are extremely talented,” she said.

The “Home Series” of the Beck Lecture set a high bar for the Fall season. On Oct. 12, Denison will welcome Kevin Prufer at 8 p.m. for the second installment of the this semester’s Beck Lecture Series.