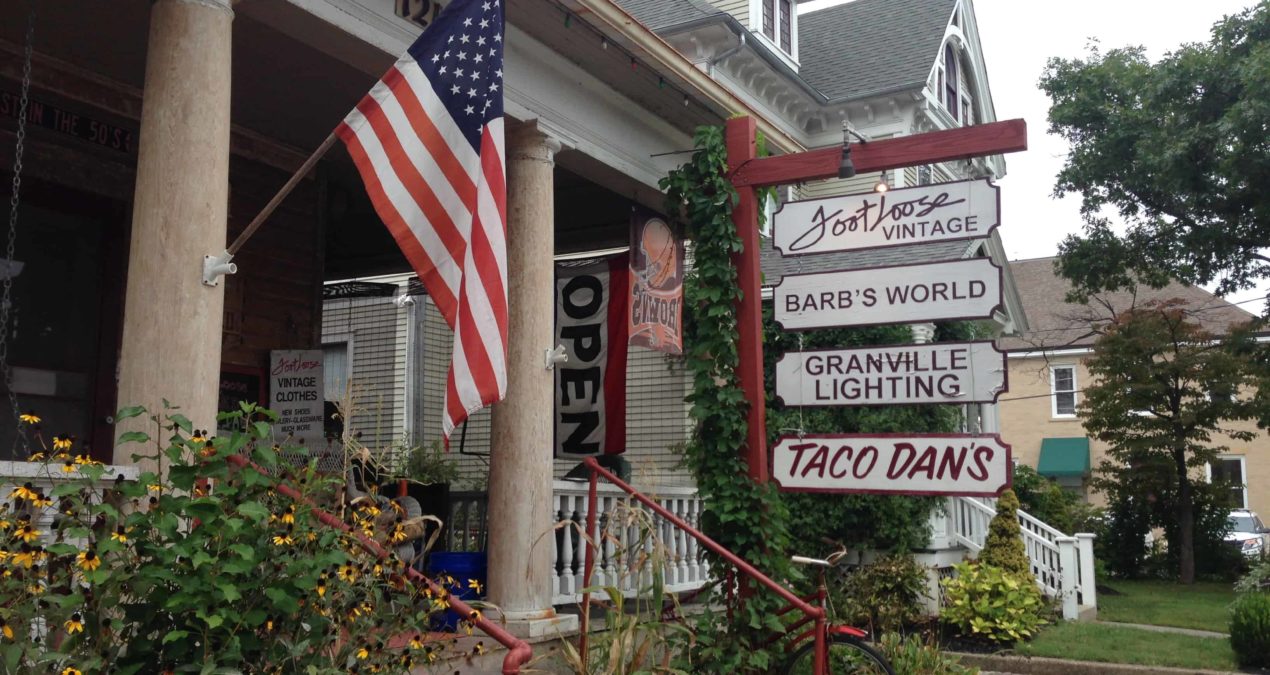 While Denison students were enjoying their summer break full of internships, jobs and travel, Granville’s local treasure Taco Dan’s was swept up in the middle of some exciting new renovations.

For those who haven’t had the time to pay a visit to this establishment, owner Dan Rogers describes the place as “very laid back and relaxed. There’s not a lot of rules other than you have to be 21 to drink and you have to be good.” As you walk into the California-style hangout, a new bar area now replaces the once-crowded room. And to the left of that room, a pool table and lounging area is now open for students and the Granville public to enjoy.

Renovations to the college hangout started in late July and early August. The bar area used to be a roomused  to sell clothing. Employee Kirsten Upchurch said, “We started to carve into the clothing and added tables for dining, but there was still clothing and other vintage materials to sell, and now it’s a bar.”

The renovations, though, are a fairly new addition. “The renovations are only about a week old,” She said, “We did our soft opening a week ago and it was incredibly successful. We didn’t even announce it, and we were slammed the whole night.”

Students that have been to the local eatery have commented on how open it is now that the renovations are complete. Gretchen Glitner ’16 said, “It’s a great new addition. The bar owners built the addition themselves, and it makes it a lot easier to socialize. The pool room is fun too, and the whole place seems a lot less cluttered now. It’s much better.”

Similarly, Chelsea Chen ’17 said “It’s just a lot bigger now and less cramped. I really like the addition the owners did.”

In addition to the two rooms being opened up, the bar area now features a 4-place keg with a beer from each local distillery in Licking County as well as over 115 bottled beers for those over 21 to choose from.

As far as involvement with the Denison students, Dan and Barb both remarked how Wednesday nights used to be Denison night, meaning you would get free chips and salsa with your student ID.

Dan’s wife, Barb, also said that she feels she has a strong kinship with Denison students. “We’re definitely open to ideas, especially now because the restaurant part works really well to do something for the students. We’re open to anything. I’d be willing to having a certain night of the week for each class. You know, Monday night is freshman night, etc.”

As for future plans Taco Dan himself, Dan Rogers stated: “We want to continue to expand and move forward. In the future, we would love to have Denison events here. Especially when I can open up the yard or the patio. With that space I can have more people. I’m not against that, I think it would be fun and under control.”

There are no plans to expand out back as of now, but the new bar and pool area will surely bring in more Denison students and members of the Granville community.