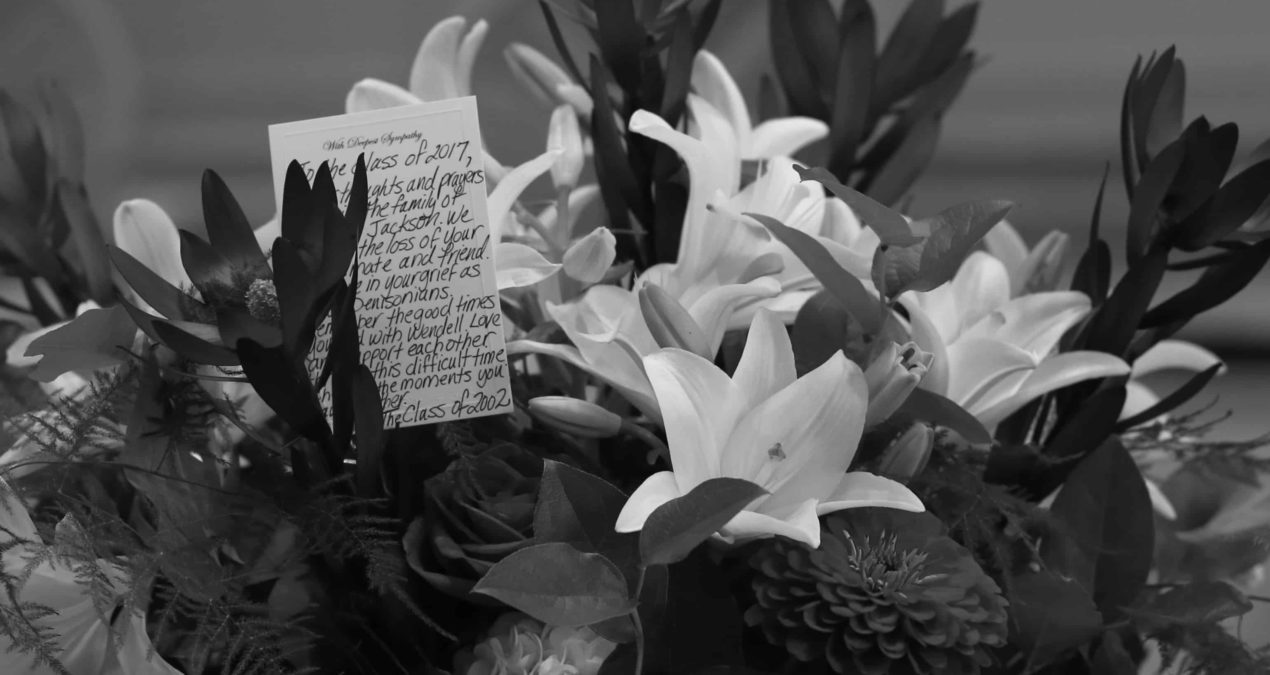 Last Tuesday after the news broke that we lost one of our own, Wendell Jackson ’17, the wider community gathered twice in that same day: in the morning at Swasey Chapel and again in the evening on the Davis Peace Plaza hillside for a candlelight vigil. Both of these were significant for the healing of our campus community.

What is less known and equally amazing are the many smaller interactions that happened across campus throughout that day as classes were cancelled. Students found ways to be together.

At 1:00 p.m., I returned to my office at The Open House, Center for Religious and Spiritual Life, on south campus to find two dozen students making use of rooms around the house. Some were in the kitchen baking cookies to go with fairly traded teas and coffee which are always out in the Sacred Grounds Café. Some were sitting around the 14 person round table coloring mandalas for relief, or creating play-doh sculptures, while talking about whatever came to mind.

There was laughter, and there was quiet. Sacred circles of trust formed there on South Quad like at other places around campus. At a low, round coffee table nearby, a game of what looked like Bananagrams broke out. They found ways to cope and to heal. They were Jewish and Atheist and Christian and many other things as well, identifying only in that moment as students who found a place for respite through a troubling day. There have been so many things to think about, so many conflicting emotions. They wanted to be together.

At one point I entered the room where several first-year students, who had bonded during their pre-orientation program “Insight Bound,” were sitting and talking. I announced that I was going to meditate for about 15 minutes if anyone wanted to join me. Nine students, half of whom had never meditated, decided to follow me into the Shoeless Room where we had a brief, guided meditation setting our intention on whatever we were currently feeling about Wendell’s death. We used the “practice” of meditation to pause for a moment, remove ourselves from the swirl of mixed reactions and responses to the tragic news and be aware for five quiet minutes of where our minds went. What thoughts and emotions pulled us away as we kept drawing ourselves back to our focus, with a candle sitting in the middle of our circle. We noticed with rare clarity what was weighing on us, what we were feeling most for our friends and where we were getting support. The conversation in reflection after meditation was so rich and so deep.  It was healing.

Life must resume after tragedy strikes. It is easier for some than others. It is normal for us to go on with our days. We find appropriate ways, in intentional moments, to come back to our focus on what really matters to us in various ways. It may be a photo we keep or a habit of doing something each day. Several students joined Monsignor Enke later that night at The Open House to say the rosary together. And then we go on with renewed clarity about who we are as individuals, yes, and also about who we are as communities within the larger community of Denison that is our home.

Mark R. Orten is the Director of Religious & Spiritual Life at Denison University