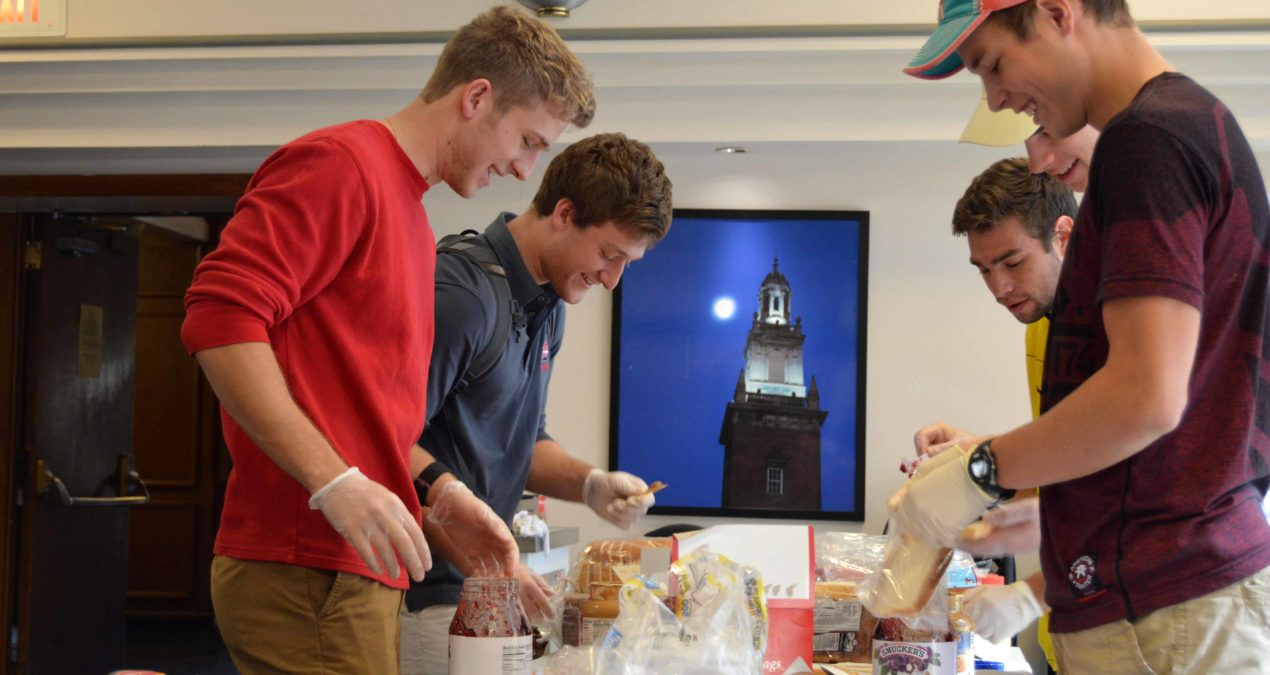 As students at a small and elite liberal arts college, it can be easy fall into the “Denison bubble.” Because we are in relative isolation on The Hill and do not  personally experience issues like homelessness and hunger, it is pretty easy to not think about them.

This week aims to raise awareness for homelessness and to help those who are experiencing poverty in the local community.

Like previous years, events included watching a movie about homelessness, making snack bags and sandwiches for people and spending a night outside Slayter to raise awareness for people who have to sleep outside every night of the year.

The food that students made was donated to organizations in Licking County, which included the Salvation Army, YES Clubhouse, a program in downtown Newark that gives kids a safe place to go after school and St. Vincent de Paul Haven Men’s Shelter

Although making snack bags and sandwiches may seem like small actions, they have a big impact. The Salvation Army served 509 individuals in 2012 alone, out of about 2,400 individuals who were homeless that year, according to the Licking County Coalition for the Homeless.

Students particularly enjoyed helping out with the food making.

Willie Weems ’19 said, “I really liked the idea that I could take a few minutes out of my day to help make a complete stranger’s day better.”

The ‘Sleep Out’ event also had a powerful impact on students. Isaac Bertmen ’19 said, “It really made me grateful that I had a place to sleep at night, and it made me realize how hard it is for people who don’t have the same luxury that I do.”

“There are weekly volunteering opportunities at these same sites and it really helps students understand what goes on in their community,” she said.

The club usually goes to volunteer at YES Clubhouse on Wednesday afternoons, and at the Salvation Army on Saturday mornings. For more information, email Richelle Leuchter at leucht_r1@denison.edu.