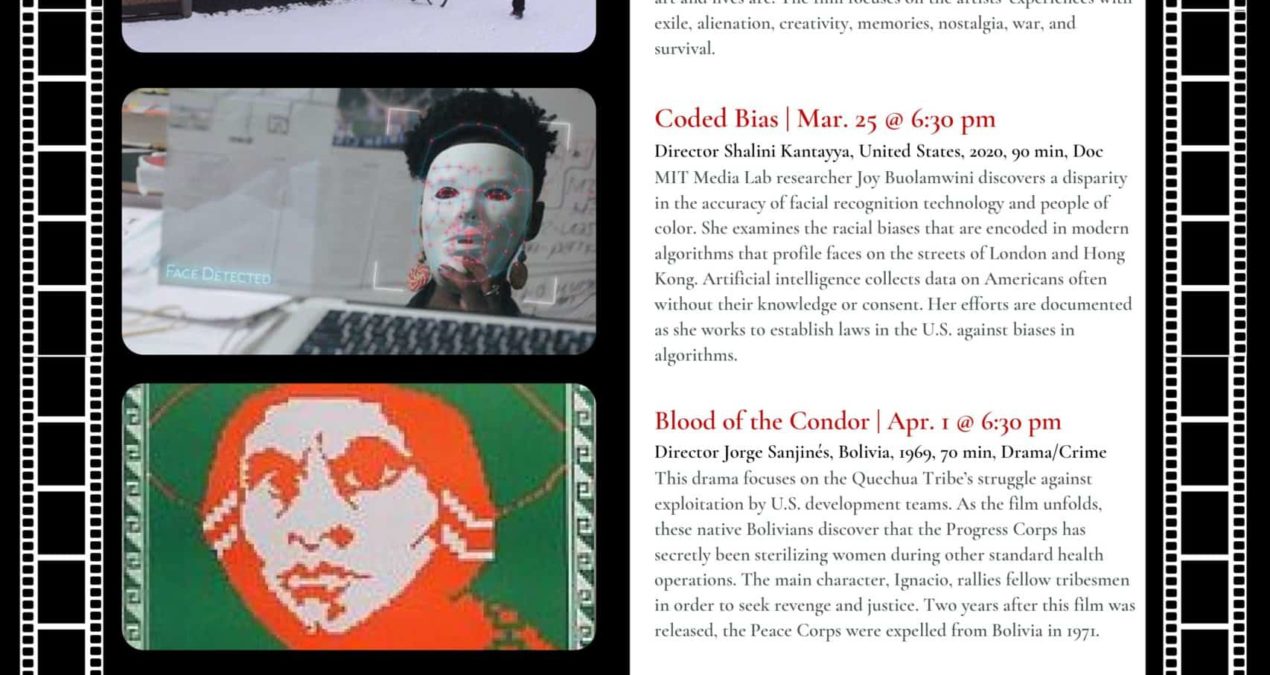 According to International Studies Department Assistant Wanling Baker ‘23, “the films range from documentary, to crime, to drama, and lend a microphone to minoritized voices from around the world. From exiled Iraqi street artists to unions for workers’ rights in Bangladesh, this festival offers a great opportunity to learn about the global tensions that inform our multicultural world.”

Films will be shown every Thursday from March 18 to April 8. The first showing will be at 6:00, with subsequent films at 6:30. They will be shown in Herrick Hall with capacity for 42 people, and Zoom options will be available as well.

The first film, “Mirrors of Diaspora,” is being shown as part of a collaboration between the International Studies department and the Middle East & North African Studies concentration. In past weeks, the MENA department has been showing films that “are bringing attention to the 10-year anniversary of the Arab Spring uprisings,” Tehua said.

On March 25 there will be a showing of “Coded Bias,” a documentary about racial bias in facial recognition technology.  April 1 will feature “Blood of the Condor,” a 1969 Bolivian drama. The last film, on April 8, will be “Made in Bangladesh,” a drama about worker’s rights in Bangladesh.

In some years all of the selected films are documentaries, but this year features some dramas as well.

In celebration of the partnership, International Studies and MENA have invited Zaki Grill to provide wraps at 5pm in the Reese Shackelford Commons prior to the screening on March 18.