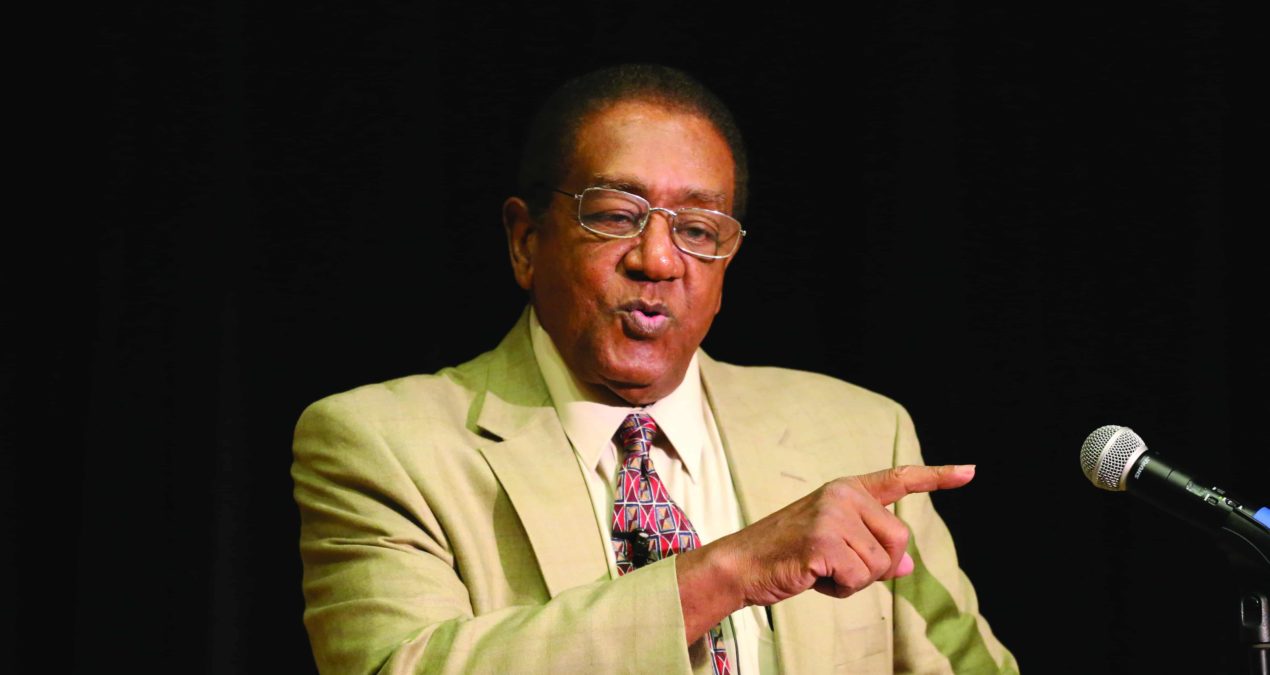 The Black Student Union and African Student Association were proud to present Bobby Seale, one of the founding members of the Black Panther Party.

Seale graced Denison’s campus this past Friday, filling Herrick Auditorium with students eager to learn about his involvement with the Civil Rights Movement in the late 1960s.

The Black Panther Party, founded Oct. 15, 1966 in Oakland, Calif., was a political activist group dedicated to the advancement of rights for black Americans during the Civil Rights Era.

“I thought it was a great opportunity for the campus to get exposed to such an important part of the African American history,” said Anna Teye ‘16, the president of the African Student Association. “His candidness and enthusiasm revealed the heightened emotions of the ‘60s, and gave us insight into the sacrifices that are needed to preserve one’s rights.”

Outside of and even before his involvement in the Black Panther Party, Seale worked for the city government of Oakland, organized programs and jobs for the youth and wrote for a New York-based magazine. He is also the author of three books: Barbeque’n with Bobby Seale, A Lonely Rage: The Autobiography of Bobby Seale, and Seize the Time: The Story of the Black Panther Party and Huey P. Newton.

“The Bobby Seale event was a wonderful experience for the Denison campus as a whole,” said Ariel Baez ‘16, the chief minister of the Black Student Union. “By having a leader of his credentials speak is a monumental step towards molding great and powerful leaders within the Denison campus.”

Seale wasted no time getting to the grit of what sparked his interest in political activism. Never one for church sermons, he admits that it was Martin Luther King, Jr. preaching during a rally in Oakland about racial equality that inspired him to get involved in political activism. “All that religion mumbo jumbo, now this is what I’m talkin’ ‘bout!” he said.

It appeared that from then on out, Seale was all about protecting himself and voicing his opinions wherever and whenever he could.

Seale, who attended UC Berkeley for college, reminisced over his recitation of the poem “Uncle Sammy, Call Me Fulla Lucifer” on a street corner of the campus and the outrage it caused.  He told the story of the physical altercation between him, his brother John, his friend and co-founder Huey P. Newton and undercover policemen at the university. “I knew my rights,” he said. “I was doing nothing wrong.”

Black studies associate professor John Jackson attended Seale’s speech. “I was delighted to see him place the Black Panther agenda in perspective and to correct  popular misconceptions about the organization,” Jackson said. “Rather than a group of youth trying to be ‘bad,’ they were organizers trying to feed the poor and shelter the homeless. I sincerely hope Denison students left re-dedicated to these causes.”

Throughout Seale’s convocation, he emphasized the importance of knowing the ins and outs of implemented laws in order to allow for change in them. “The best way is a relationship between committees and communities involved with these organizations,” he said. “Political organization is a must to come about change.”

“I thought hearing Seale speak about his uprising in the Black Panther Party was inspiring. Even though his time of revolution was a lot different than the time we live in now,” Steve Clark ‘18 said, “he inspired me to challenge the power at hand and don’t be afraid to stand up for yourself and others. Most importantly, know your rights because once we know those then we can’t be walked over.”

The event concluded with guests invited to meet Seale, take pictures with him, buy autographed copies of his books and autographed posters of him and the BPP.

“We are very grateful for Mr. Seale taking the time to visit Denison,” Teye said. “His candidness and enthusiasm revealed the heightened emotions of the 60s, and gave us insight into the sacrifices that are needed to preserve one’s rights.”

Uber Burger will open on Broadway