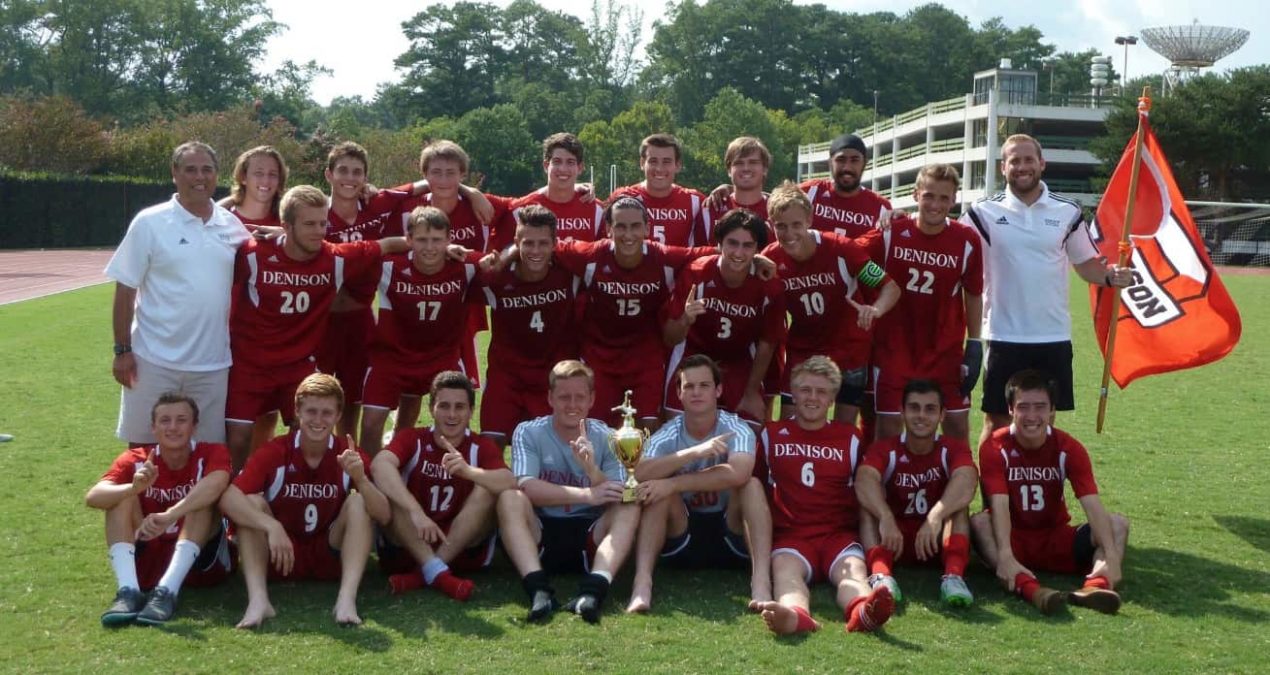 The Big Red men’s and women’s soccer teams have demonstrated enormous power on the field. Both teams are currently undefeated and hope to advance far in the NCAC tournament this year.

The men’s team is coming off from the previous season with eight wins, eight losses and one tie. The men’s team placed fifth in the NCAC conference last year. The women’s team had a 13-6 record and made it to the NCAC Semi-finals last season.

“The group of people starting the games this year is similar to last year, but those same people are playing completely different this season.

They’ve matured as players, and as a team over the past year,” Murphy said. “It also makes a difference having the same people play together over time. They develop a type of chemistry on the field that makes a difference.”

Drew Wentzel ’18 is a center back for the women’s team and said that the team has had very strong chemistry these past two years because of their bonding activities on and off the field.

“We are a very close team and it goes a long way not just on the field but off as well. The team doesn’t necessarily seem different. We are just more focused because making a run in the NCAAs is a very strong possibility” Wentzel said.

Max Haupt ’18, who plays right wing for the men’s soccer team, says that there are some differences between this team and last year’s team.

“The team is a lot younger than it was last year. We only have two seniors this year as opposed to last year when we had five,” Haupt said. “We also have a lot more depth at every position so when we make changes the level of the team hardly changes.”

Jake Girardot ’18 plays center midfielder and he agrees that this year’s team has its similarities and differences to last year’s.

“This team is similar to last because we try and build the ball out of the back, the difference is that we are having more success this year doing that and being able to finish the games off,” Girardot said.

Haupt said that the team still has lots of talent and potential to do well like they did last year.

“We’ve been very focused going into games and aren’t taking any team lightly. We focus on ourselves and our own game and trying to play our best every time,” Haupt said.

To prepare for games Murphy said that they focus on the process of how they want to play as a team both in system and style of play.

“We don’t have the typical type of product goals that you might think,” he said. “Everything is process oriented and connected to how we play as a team. We know if we stay focused on the process it will give us our best chance for success.” The Denison women’s soccer team is currently undefeated with a record of 10-0. They are scheduled to play away on Oct. 6 against Case Western Reserve University.

Barker said that while every team is obviously driven to reach the conference and national tournament, they are also trying to accomplish individual goals that they have set for each game.

“We prepare for each game ahead of us and focus on what needs to get done for that single game. While we acknowledge our records and standings, nothing comes before the next competition,” Barker said.

Barker believes whatever game is next is always the most important game for them.

“No matter what team we play, we are going to play our best and do what we have been training to do. Every game is important regardless of our opponents’ abilities,” Barker said. We believe that we should focus on what we can control: Truly competing against our opponents develops teamwork and a genuine enjoyment of the game.”

Wentzel said that the team has been doing well even with a lack of consistency and injuries on the team.

Wentzel says, “Although we have been able to remain undefeated this year, we still have half a season to go. With that being said, consistency will still be looming as we head into each game. Another struggle we’re always up against is injury.”

Russo said that the team’s goal is to reach their potential by competing for the NCAC championship.

“In men’s soccer, the NCAC is very strong compared to many of the other conferences in the country. Competing and being successful in the NCAC prepares our players for national competition if we are selected to compete in the NCAA tournament,” Russo said.

Haupt and Girardot both said that each win is important because of their goal to make it to the NCAC tournament.

In addition, the women’s team has not been back to the NCAA tournament since 2010 but believes this year’s team has the right mindset.

“The culture and chemistry of this year’s team is the closest we’ve been to those past teams that had success. If we can keep that going, it will provide an environment that will give us our best chance to succeed,” Murphy said.

One of the  team’s biggest challenge this year has been the pressure from so many close games.

“We have only had one game that we have not won by a single goal. We are still looking for a breakout game from one of our forwards,” Russo said. Haupt said that they have played a lot of close games which takes a toll on them physically.

“The victory against Emory was the best so far. They were ranked 23rd in the nation going into the game and we competed with them throughout the entire game. It gave us the confidence early on that we could compete with the best teams in the country,” Haupt said.