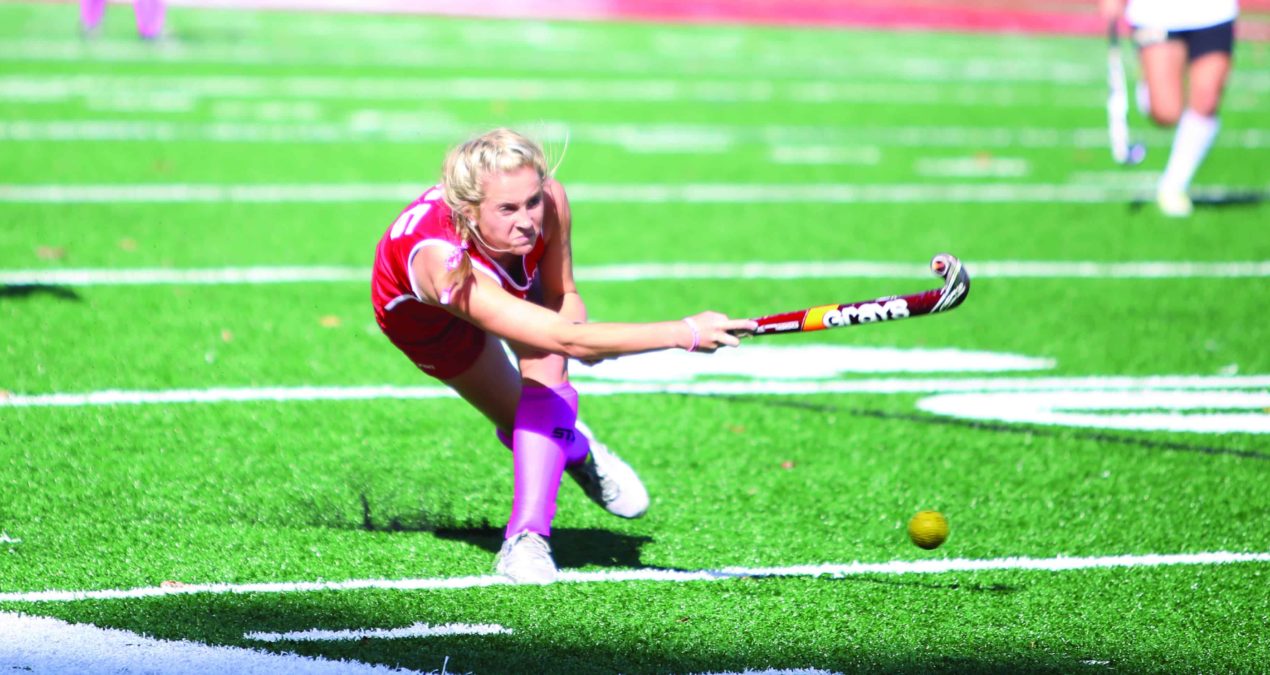 Indiana proved to be a lucky state for the Big Red this past weekend as the women’s field hockey team returned to Granville with two victories. On Oct. 24, the Big Red had a huge shutout against Earlham College in Richmond, Ind., winning 7-0.

Then, on the following day the team played one of their biggest rivals—DePauw—and won during overtime. While the Big Red’s goalkeeper Ellen Westfall ‘16 did not see much action on Saturday’s match against Earlham, Sunday’s match against DePauw was a bit more action packed. “DePauw’s offense has always been strong, they always have good strikers and play rebounds pretty effectively,” she said.

While the DePauw offense is strong, Westfall was quick to advocate for Denison’s talented defensive line.

“Our defense is incredible this year (Allie Bacon ‘16, Kirsten Audette ‘18 and Jane Higley ‘18),” Westfall said. “There’s no way we could be successful without them and they’ve saved me from some pretty sticky situations time and time again. I know they have my back and I have theirs in return.”

The overtime victory against DePauw was pivotal for the Big Red. “It really took all 19 players to get the win [against DePauw] and it’s pretty special to be a part of that,” said Elsie Humes ’16 from Greenwood Village, Colo. “This team is full of talent. I think that every person brings something to the table –– we are very lucky for that.”

Strong team chemistry allowed the Big Red to be victorious over the weekend in both games. The game-winning goal against DePauw was scored by Britta Marden ‘16 during overtime. Since they lost to DePauw back in September, Sunday’s win against DePauw produced such a raw and genuine joy for the Big Red.

The Big Red will compete against The College of Wooster on Oct. 28 at 4:30 p.m. in Granville. Currently, the Big Red has a conference record of 9-3. The conference game against Wooster this Wednesday will be yet another pivotal game for Denison’s field hockey team.