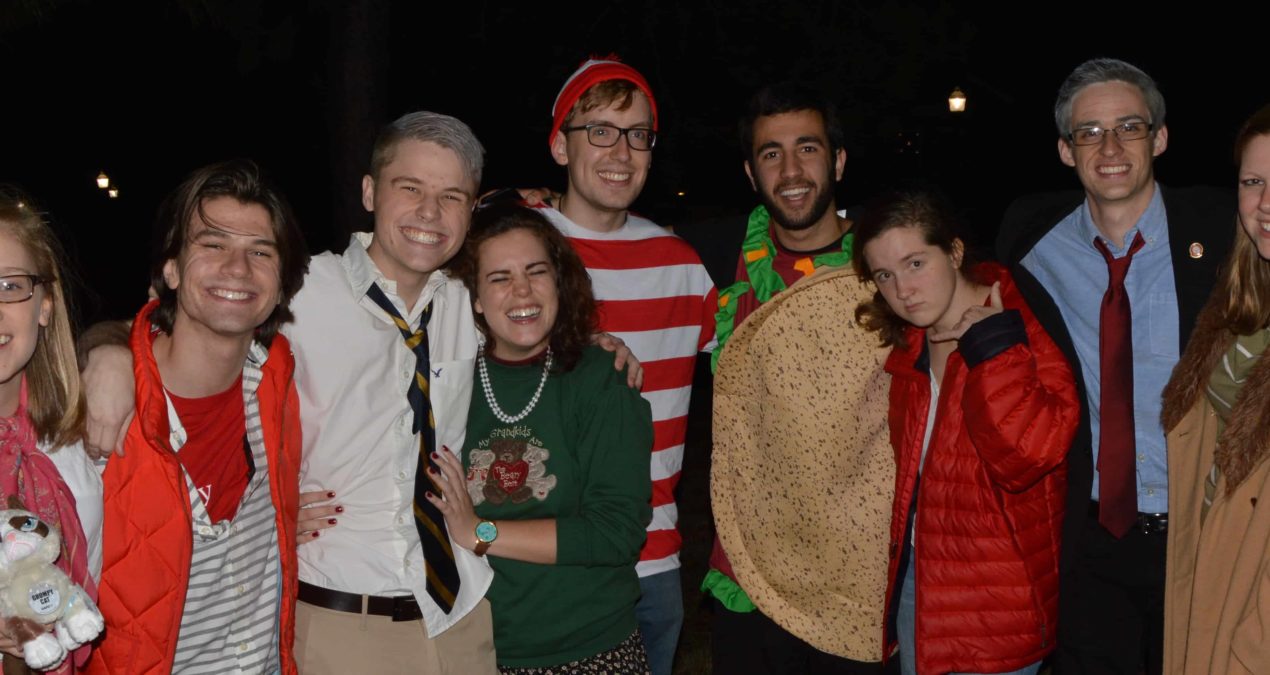 The threat of rain was nowhere near strong enough to keep the Burpees away from their performance last Wednesday. With the promotion, anticipation and sheer amount of students in attendance, expectations were high.

“I’ve never seen a Burpees show this packed,” Erin Katalinic ’16 said as students showed up in droves. Within a few minutes, cheers erupted from the crowd as the Burpees took to their makeshift stage within the trees.

Not having been to this particular show before, I was thankful the performance was not in the actual graveyard. It made the night a lot more tasteful. Tasteful, that is, until the dirty jokes and innuendos made an appearance.

There was also a specific game where several members had to improvise scenes from a movie title suggested by the audience. Other burpees would interrupt them and ask them to act it out a different way. I liked the concept, but it didn’t work extremely well. Maybe I didn’t get it, but I felt like I was on the outside of an inside joke in this moment.

The show had been advertised as dirty. According Nia D’Emilio ‘16, “We have a set of rules that we follow, one that prohibits dirty stuff. So it’s always hard for us to do this show because we never really get to exercise this part of our humor.”

Aside from the aforementioned hiccup, the Burpees as a whole did a great job fulfilling this task.

How they manage to think on their feet and create a wave of laughter at midnight is beyond me. In particular, Phoebe Thatcher ’16 impressed me from beginning to end. Everything she said produced a roar of laughter throughout the crowd.

Not only that, but Sara Hartsock ’18 specifically, made sure consent and political correctness were running themes amidst the more risqué humor.

I’ve always thought the audience plays a large role in live theater, Improvisation Theater especially. Luckily, the audience that night was extremely engaged with the Burpees. They were very much encouraged to help create scenes by giving suggestions of a location, relationship, etc.

The audience-performer relationship worked especially well in a game focused on a journalist trying to piece together his story.

The spectators would yell out terms of encouragement when the journalist, Jay Burgin ’17, was close to solving the puzzle and let out a collective groan when he was off the mark.

The night ended with a game entitled “World’s Worst.” This game brought all the Burpees back together to act out the worst of a given category, usually suggested by the audience.

After the show, every audience member had a smile on their face and seemed to forget how early they had to wake up for class in the morning.

D’Emilio reinforced this idea when she stated, “I thought overall the show was really good. I think we were happy with it, and I know people liked it.”