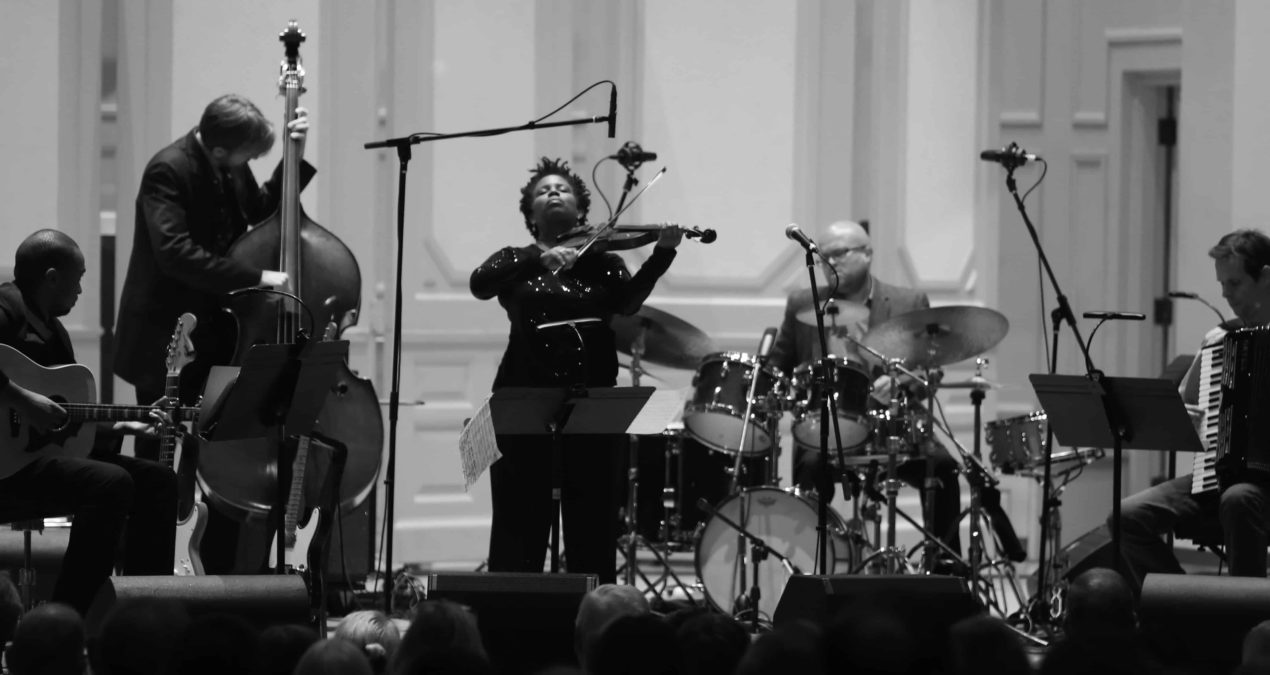 As the Swasey chapel was replete with pleasant sounds, the facial expressions of students and faculty suggested that  the last Vail Series of fall 2015 was a success.

Regina Carter, a prominent African American violinist from Detroit who generally incorporates jazz into her playing style, held a show at Denison on Saturday, Nov. 14.

Carter told the audience that her most recent album, Southern Comfort, communicates her journey to gain a greater understanding of her family’s past.

One of her pieces partly emulates a recording that her grandfather, who was born in 1893, listened to as a coalminer in Ala. Southern Comfort has been well-received, even placing Carter at the forefront of jazz violin music for her generation.

Swasey Chapel was filled with students and community members, and Carter’s meticulousness while playing her violin captured the attention of the entire audience. The audience faces were motionless as Carter played, and the stillness relented only when Carter ceased playing.

As the audience watched her visible dexterity while Carter played.  Their ears were complemented with very articulate and clear sounds.

The audience was able to notice most of the subtleties of her intricate rhythms.

In her all black attire, Carter played her Violin seemingly effortlessly. She also played with grace and authority.

In addition, her band consisted of a bass player, drummer, kora player and an accordion player. Each one of her colleagues had a chance to play their own solo and showcase their passion and skill in music.

In one of her pieces, Carter sang and played her violin concurrently.  Her soothing, calm voice harmonized well with the music she produced from her violin. Her songs included variations of hymns and lullabies.

While attempting to answer what emotions Carter’s music evoked from her, Reed Patrick ‘19 gasped. Patrick did not know how to explain the emotions she felt, and she stated, “It was my first time going to a Vail series event, and it was great!”

Yen Anh Nguyen ‘17 said the event was “jazzy and fun.”

After ten minutes of steadfast contemplation, Imad Khan ‘19 calmly said, “I felt tranquility and excitement.” Khan really enjoyed the music, and he was elated during the drummer’s upbeat and sporadic solo part.

Carter ended the show with a hymn and noted that the world needs a hymn song at this point in time. The satisfied and delighted faces of the crowd as they exited Swasey Chapel  indicated that the last Vail Series of the 2015 Fall semester was successful.