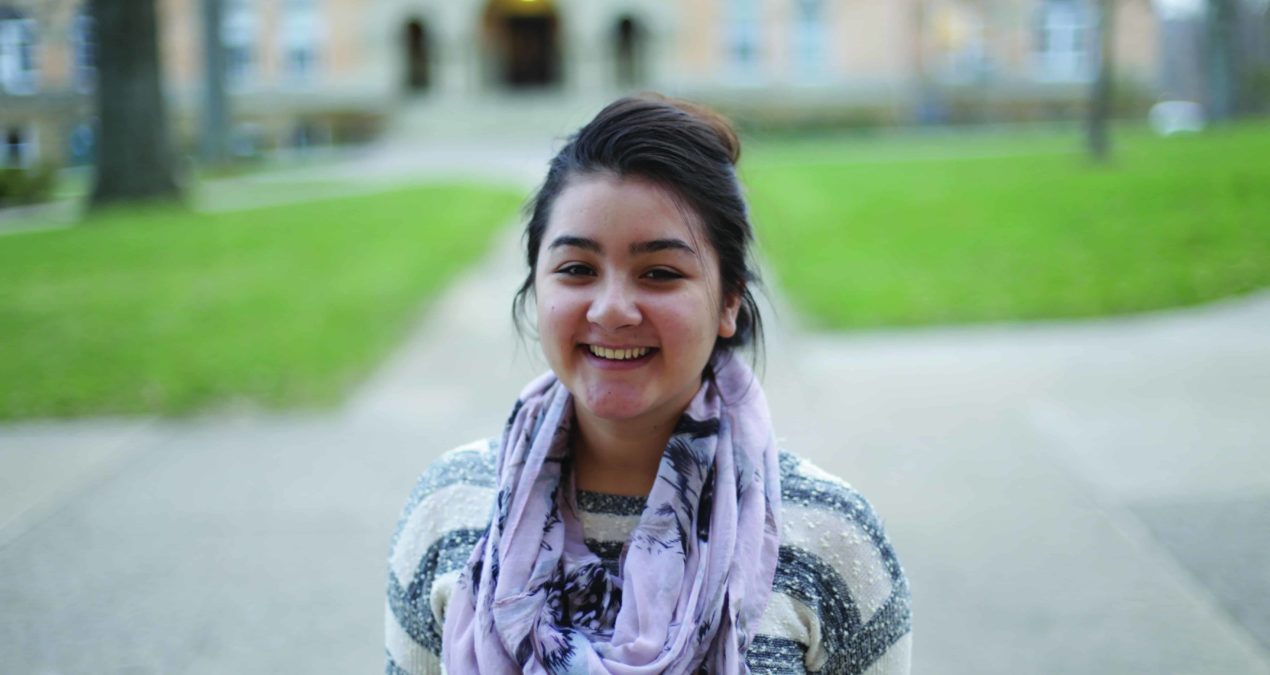 A cramped bus carrying dozens of emigrants comes to a stop near the edge of Afghanistan. A Taliban militant steps on the vehicle, demanding for all of the men to get off the bus immediately. When the driver asks why, he receives a cold response: all of the men on this bus are going to be shot and killed. In an act of bravery, the driver tells the militant that if he wanted to kill those people, he would have to kill him first. Luckily, the militant and the driver were of the same tribe, and to kill one of your own was something that went against the code of the Taliban. The militant exits the vehicle and spares the lives of Madina Khudaynazar’s father and dozens of other men on that bus.

“My older sister said that two of the buses behind us didn’t make it,” said Khudaynazar ‘19. She was just an infant when her family fled Afghanistan because of a brutal civil war between the Taliban and the Islamic State of Afghanistan. Khudaynazar’s father worked for the government, and the Taliban were targeting intellectuals and state officials during the war. The country was too dangerous to raise a family, so Khudaynazar’s immediate family was forced to leave Afghanistan.

“We left with the intention of coming back, because when you leave your home you don’t think you are going to leave forever,” Khudaynazar said. “We’re going to come back and reestablish our lives. At least, that’s what my parents told me.”

While Khudaynazar does not remember much of her journey to the United States, she acknowledges that fleeing to Pakistan was the most difficult leg of that process.

“My mom was nine months pregnant at the time, and I have three other siblings besides what my mom was carrying,” Khudaynazar said. “We rode donkeys and went over mountains, and my oldest sister almost fell off of a mountain but my aunt caught her. The whole travel period was 46 days.”

Because there were no jobs in Pakistan, her family flew to Turkmenistan where they stayed for a year and a half. There, Khudaynazar said that her life was good, but her parents still had trouble finding work.

“We had a Turkmen neighbor, and since my younger sister and I were kids they would spoil us with treats,” said Khudaynazar. After a little over a year, the United States granted her family asylum, and they arrived in Boston in January of 2001. Once in the U.S., Khudaynazar said that her relationships with the Afghan community in Boston were an important part of finding her identity.

“It was great having an Afghan community in Chelsea,” said Khudaynazar, who moved from Chelsea to the South Side of Boston in 2002. “I struggled with figuring out if I was an Afghan or an Afghan­-American or American. Although my roots are in Afghanistan, my whole life is American.” This was not the same for her parents, who struggled with the immigration to America. This affected Khudaynazar throughout her childhood.

“It was difficult. I witnessed their degradation of their dignity because they don’t know the language, because they are seen as different, because all of their schooling and hard work is basically nothing now,” Khudaynazar said. “I suffered a lot with respecting my parents, especially in my teenage years, because I noticed they could not be there for [me] in a lot of ways other parents could. Whether that be coming to my open house meetings, being involved in my academic and social life, or understanding the issues of an average teenage American girl. In my perspective having parents that are immigrants who don’t know the language makes you become very independent.”

Khudaynazar, a posse scholar and an International Studies major, is now involved with many campus-wide organizations that address diversity within Denison. Recently, she and Erin Worden ’17 organized the Refugee Awareness Week to discuss the stigmas and bias associated with refugees.

Khudaynazar has only returned to Afghanistan once since her family fled the country. That was in 2005.

The history of The Buxton Inn: Is it really haunted?