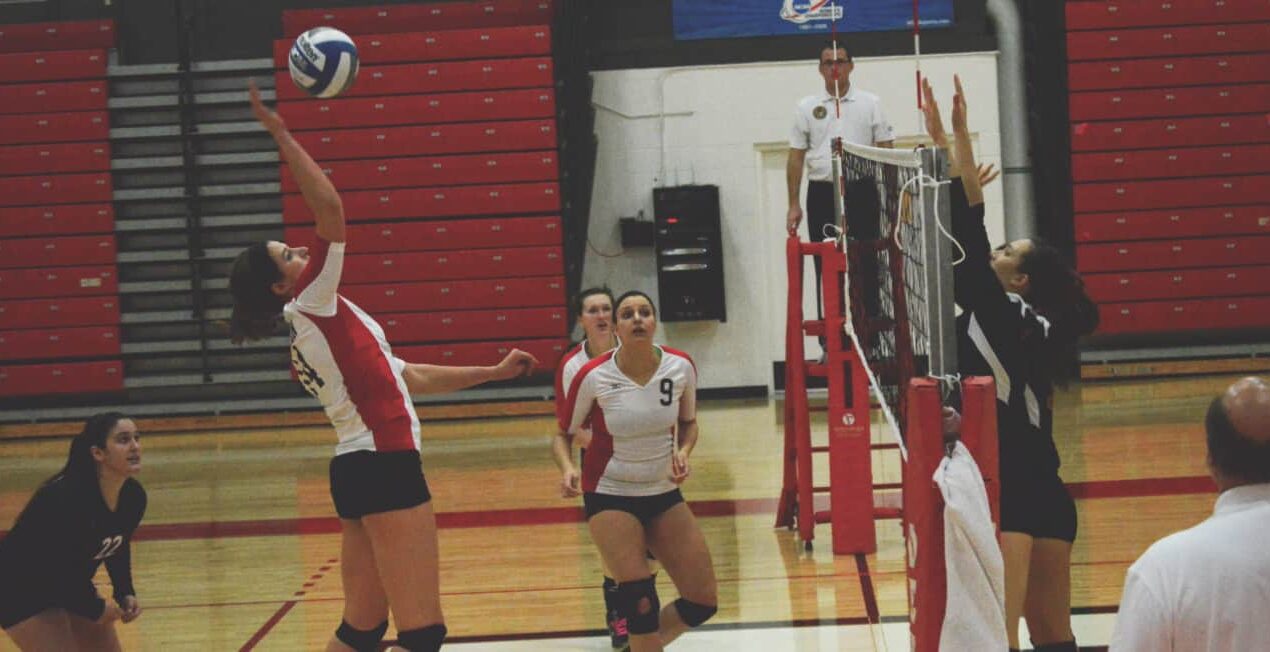 “We wanted to make our last home memorable- it was great to get the W for our last one,” says Kenzie Kuhn ‘16 of  Naperville, Ill. “Overall, we were 8-0 at home this season and are really proud of that.”

“I think our team played a bit disjointedly in the matches [Saturday],” explains Kaileigh Poe ‘18 from Bethel Park, Pa. “We had problems with keeping our high energy throughout both matches.”

Echoing her teammate, Brittany Perry ‘16 from Tiffin, Ohio said that the matches Saturday did not display the team’s talent. “The biggest challenge for us was losing momentum during the game,” says Perry. “We would go on a run, but then slowly lose our intensity, which gave the other team the advantage. We need to focus on staying intense thought the entire match.”

As the Big Red enters post-season play in the North Coast Athletic Conference Tournament, it will be pivotal for them to maintain a high level of intensity. “Our team has a tremendous amount of talent, and if we play as a team with a lot of heart, we are one of the best teams in the NCAC,” explains Poe. “Our performance in the NCAC tournament depends upon us, not the other teams.  If we show up to play, we can give any team a run for their money.”

Kuhn said that the talented team’s chemistry is strong.“On or off the court, everyone has a distinct purpose to help another teammate and I think this has really helped us grow tremendously as the season has progressed,” she said.

“I think we have a great shot at doing well in the tournament. I think the only thing that will stop us is ourselves, we just have to play like we have nothing to lose,” says Kristen Brennan ’18 from Chicago. “We play our best volleyball when we aren’t thinking and are just having fun. That’s my goal for the team this weekend—have fun. ”

The Big Red will compete against Hiram College on Nov. 6 in the NCAC Tournament.