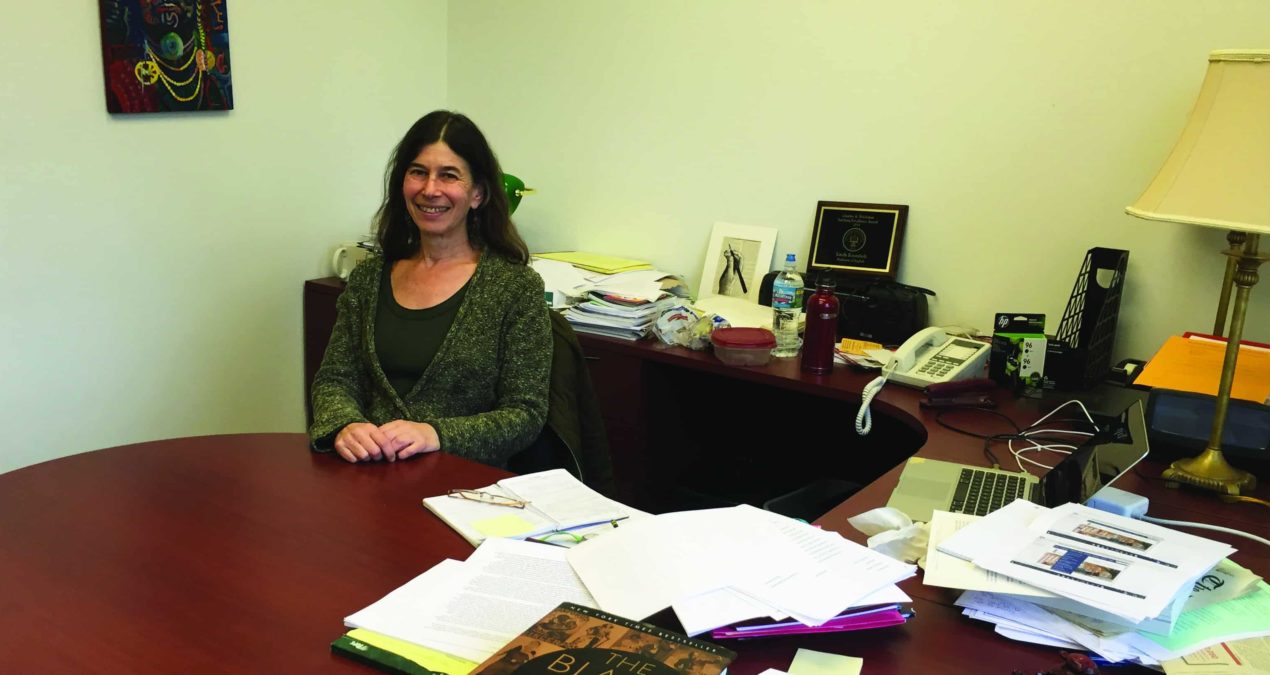 Linda Krumholz learned a lot from her first job as a professor. Krumholz, the current chair of the black studies department and English professor, started her career at Oberlin College, where she filled in for Gloria Watkins, an author and social activist, for a year.

“That was a lot of pressure, and I was very prepared for the students to be upset with me,” she said.

One of the biggest lessons that she learned while working at Oberlin is that “there’s no reason for people to trust me.” Many students were uncomfortable with having a white professor teaching classes in black literature, but she says that this is not a bad thing.

She said that some of her best relationships with students have come from students who did not initially trust her to teach subjects so close to their hearts.

“I had insights into things growing up that I felt were really important about social injustices and how things worked,” she said.

When she moved from her home in Long Island, New York to Portland, Ore. to start her undergraduate career at Reed College, Krumholz did not expect her social justice advocacy efforts to lead to a career that intertwines literature and race.

When she attended graduate school at the University of Wisconsin-Madison, her interests in ethnic studies took hold. At the time, she said that she “wasn’t entirely comfortable as a white woman doing black studies, so I thought that ethnic studies would be good.” Her work and dissertation eventually brought her back to a focus in black studies.

While her work in black studies was largely not planned, Krumholz was not surprised when her career lead her to teaching. She did not always want to be a teacher, but she said that she used her younger sister as practice. “She would ask me questions, and I would just make up the answers,” if she didn’t know them already, she said. “I was always bossy in trying to teach her stuff,” she admitted with a laugh.

As a professor, Krumholz loves watching students make connections within the literature that they are reading. She said that teaching literature classes also allows her to continue looking at books that she loves from different angles.

Krumholz’s work as a professor on campus has not gone unnoticed.

Eileen Baer ‘16 said, “Professor Krumholz is one of my favorite English professors! She engages her students in meaningful and powerful conversations, which make her classes both incredibly interesting and enjoyable.”