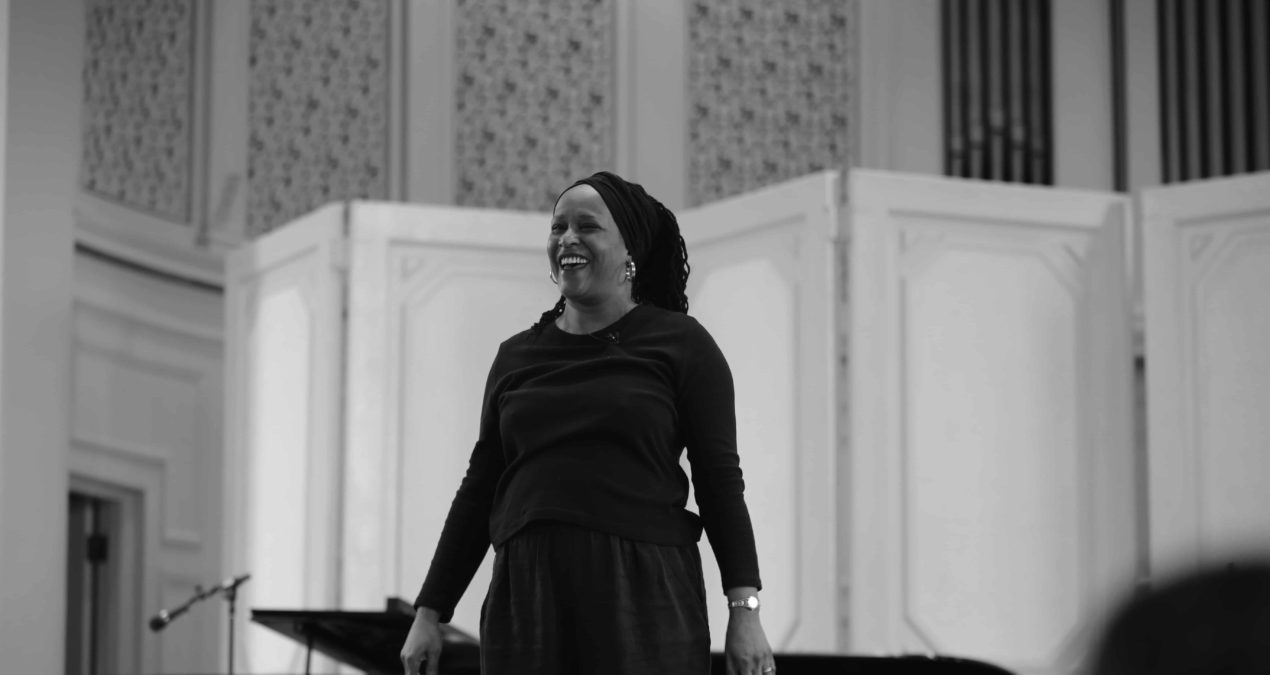 Denison students were encouraged to use their day off of classes to attend events commemorating and celebrating the life of Dr. Rev. Martin Luther King Jr.

The day started with service projects in the morning, followed by a convocation event and many workshop options to attend in the afternoon. The convocation performer was Dr. Mary E. Weems, an independent artist-scholar, who performed her show Black Notes in Swasey Chapel.

Weems’ show combined a mixture of humor and seriousness, presenting real-life situations in a somewhat disconnected manner. She portrayed many different personalities, from a young lesbian girl, to a closeted gay jock, to a woman finding out she had breast cancer, to Trayvon Martin’s girlfriend during the George Zimmerman murder trial.

“I started performing at 13,” said Weems, “and I felt at home ever since. Most people get nervous before a show. I get excited.”

The event was organized by Associate Provost for Diversity and Intercultural Education, Alison Williams. Williams met Weems at the Ohio Consortium of Multicultural Centers in Higher Education.

“She did an excerpt from her show there,” Williams said. “We had such a powerful discussion after and was really moved by it, so I decided to bring her to campus.”

President Adam Weinberg, who was at the convocation event, said.,“It was fantastic, powerful, and intellectually rich. I love the way it connected disciplines; humanities, social sciences. It was a very liberal arts performance with a multidisciplinary perspective.”

Weems, who has taught at the college level since 1996, said that she preferred a performance-type approach to her show rather than a lecture.

“I don’t like lecturing,” Weems said. “Lecturing feeds the notion that the teacher or professor holds all the knowledge…true education happens with dialogue and exchange. I wanted a creative yet research-based way to engage with the black perspective from my own.”

She added, “As a nation, we need to learn the history of this country and those who founded it. We need to realize how much different people, from blacks to Asians and especially the Indians—we all sit on usurped Indian land—have in common.” She said, “They came to this country struggling, poor, trying to find a way in a society they don’t understand.”

“Race is a social construct. We all originated from someplace,” Weems said.

Her book Blackeyed: Plays and Monologues is available for purchase on Amazon in both print and ebook formats.