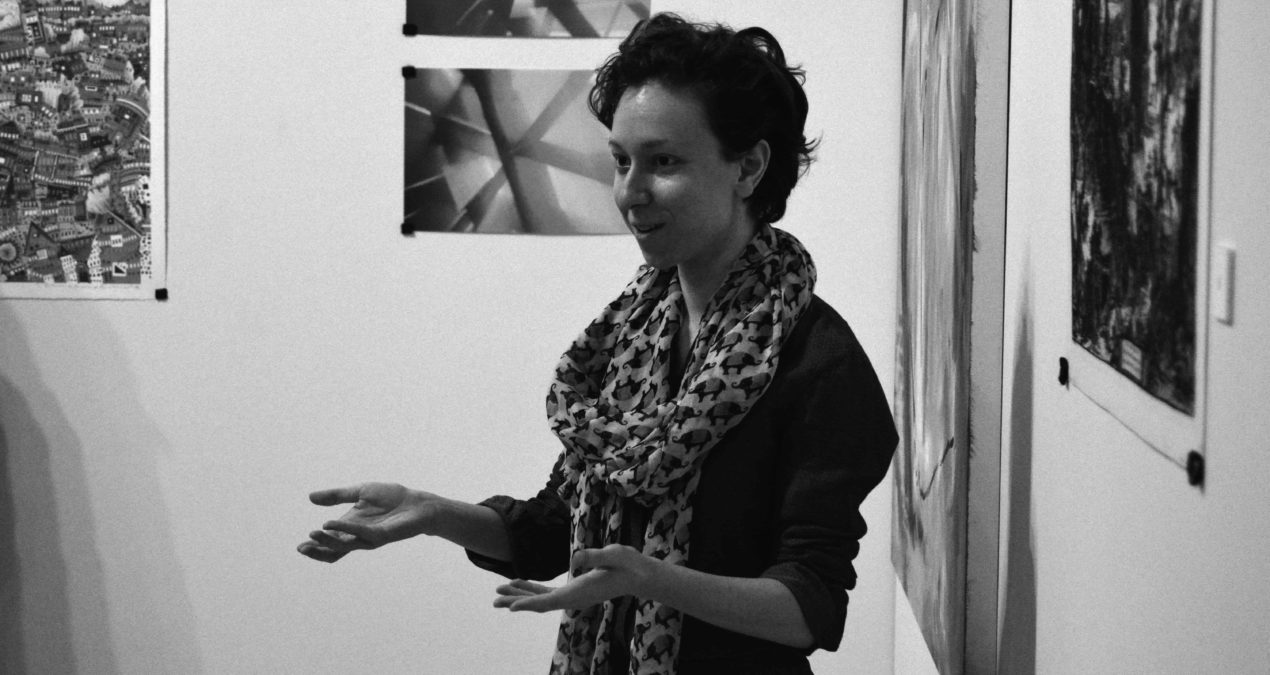 Last semester, senior studio art majors implemented a new aspect into their curriculum. They were offered the rare opportunity to venture into the vast collection of Denison’s Museum. To display their findings, the students presented their museum discoveries as well as pieces from their own collection in the Denison Museum last Thursday.

The collaboration between the studio art department and the Denison Museum started because art students wanted to be both more knowledgeable and involved with the art collection. The students involved in the class, Seniors Rebecca Nisenbaum, Ryan Song, Tawnee Greenriver, Evan Stoler, Rachel Silva, Ariel Baez, Anna Rumbough, Cubby Knox and Jenny Kim, were challenged by professors Ron Abram and Sheilah Wilson to find pieces that “informed” their artistic style.

From Roman etchings, miniature Japanese figures, indigenous sculptures and depictions of nature, all of the students found fascinating connections between their selected art piece and works of their own.

The event itself started with a meet and greet with the student artists with refreshments provided by the Gilpatrick Center. During this session, Nisenbaum described the pieces she decided to work with. She said, “I chose to work with a black and white roman etching and put it into conversation with one of my paintings.” Her painting, as opposed to the colorless etching, contained vibrant colors. Nisenbaum added, “It was hard to see a connection at first, but then I started to see that these two have a lot of rhythms which echoed each other in the marks, lines and composition.”

The presentation flowed as a traditional gallery tour starting with Nisenbaum’s presentation then moving onto the rest of her peers, each presenting both on their piece from the museum as well as their own art.

A question and answer session was held after. When asked how it felt to be able to see, touch and interact with the collection, Greenriver said, “I felt super fancy to be allowed back there.”

“It was kind of like shopping,” Kim said in regards to being allowed access to the museum. “There are a bunch of little things hidden in there.” Kim chose two miniature Japanese ceramic figures to put into conversation with an animation she created two years prior. Though her animation and the figures held no resemblance, the intent behind both pieces were similar. The intent being to create odd and creative characters to display as art.

Most of the students’ art were pieces they had created prior to this class. They would see pieces in the collection they found intriguing, but weren’t initially sure how to connect them with their own work. “A lot of us went back to our old work and found commonalities between our work and the museum pieces we didn’t see before,” Nisenbaum said.

Students interested in seeing the museum and student art on display are encouraged to visit the Denison Museum in Burke Hall. The exhibit is expected to be running for the next few weeks.