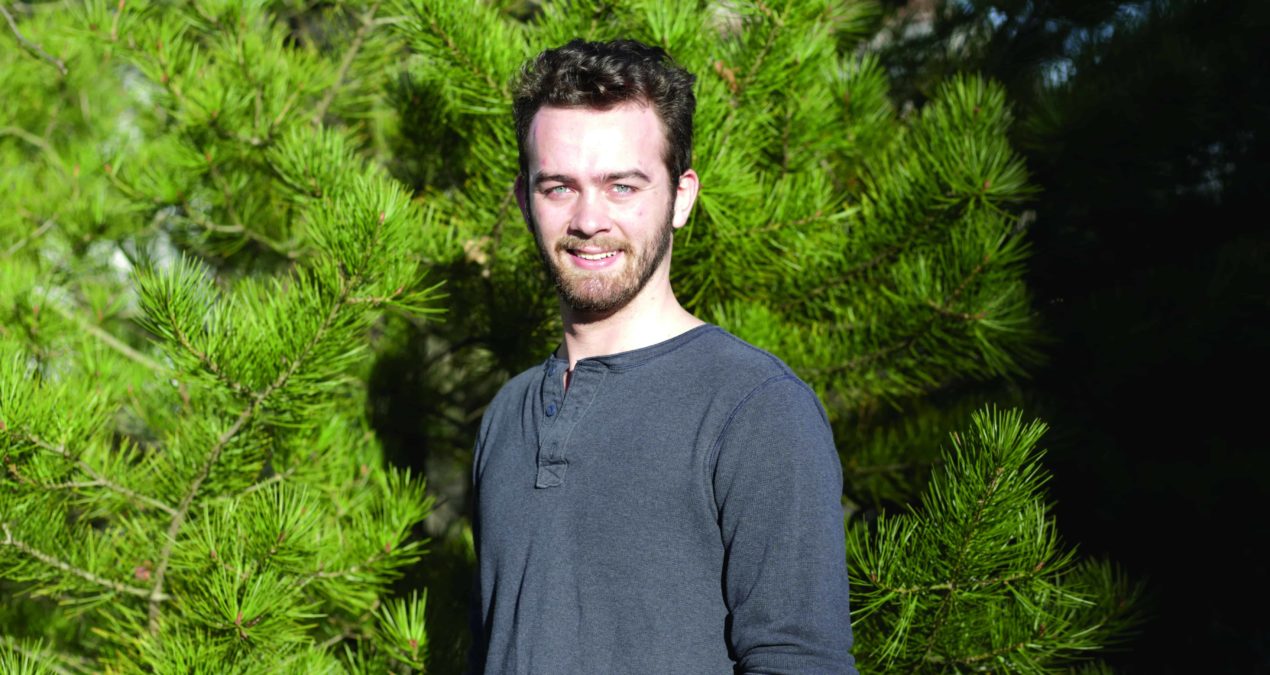 Hilltopper. Managing Editor of The Bullsheet. Gospel Choir. Environmental studies fellowship and TA. Homesteader. The 22-year-old Teddy Jones ‘16 is an environmental studies major, music minor from Columbus, Ohio, but his influence runs through the entirety of the campus community.

“I think that I’m a solid face of the stretch-yourself-too-thin kind of person,” Teddy Jones ‘16 said. “As a person I thrive on [staying busy] I don’t like having time to sit down and do nothing.”

Jones spends his time in multiple outlets, but his primary interest of environmental stewardship started early in his life.

“I’ve actually known that I wanted to [pursue my interest in environmental studies] for a pretty long time,” Jones said.  “Since I’ve been really young, I’ve been going to a summer camp in southeastern Ohio, Camp Wyandot, which is pretty rustic living, kind of oriented on nature skills and understanding the natural world.  So that kind of put the spark of loving nature in me.”

During his four years in Granville, he has gone out of his way to involve himself with the environmental studies department, and has even immersed himself in a sustainable lifestyle at The Homestead, where he spent two semesters.

“Being out there is phenomenal because it’s so different from campus,” Jones said.  “I love being on campus and I love being around everyone, but at the same time, it’s so very different, you’re in the middle of the woods, you’re walking a mile to get back home and you’re cooking meals for everyone it’s such an excellent community space that I was really glad to be exposed to for sure.”

Now living back on campus, Jones is an environmental studies fellow and TA for the class Farmscape taught by Abram Kaplan.

“Teddy is a really fantastic and creative guy,” Dr. Kaplan said, “I get to see him in a more artistic lens. He’s been working with Ethel and been influential in getting them to make music for Farmscape.” Jones is taking recordings from the various farms the class attends, and is giving those recordings to musicians in residence with the Ethel program. They will use those recordings as inspiration for compositions to be performed when the art is displayed at Bryant in mid-April.

“My research is not actually what you’d expect when you’d think of an environmental studies major’s research,” Jones said.

Jones is finishing his research this year, after which his future is uncertain.

While his time at Denison may be coming to a close, his impact on the world is just beginning.

Africa Night: diversity and community in the African diaspora