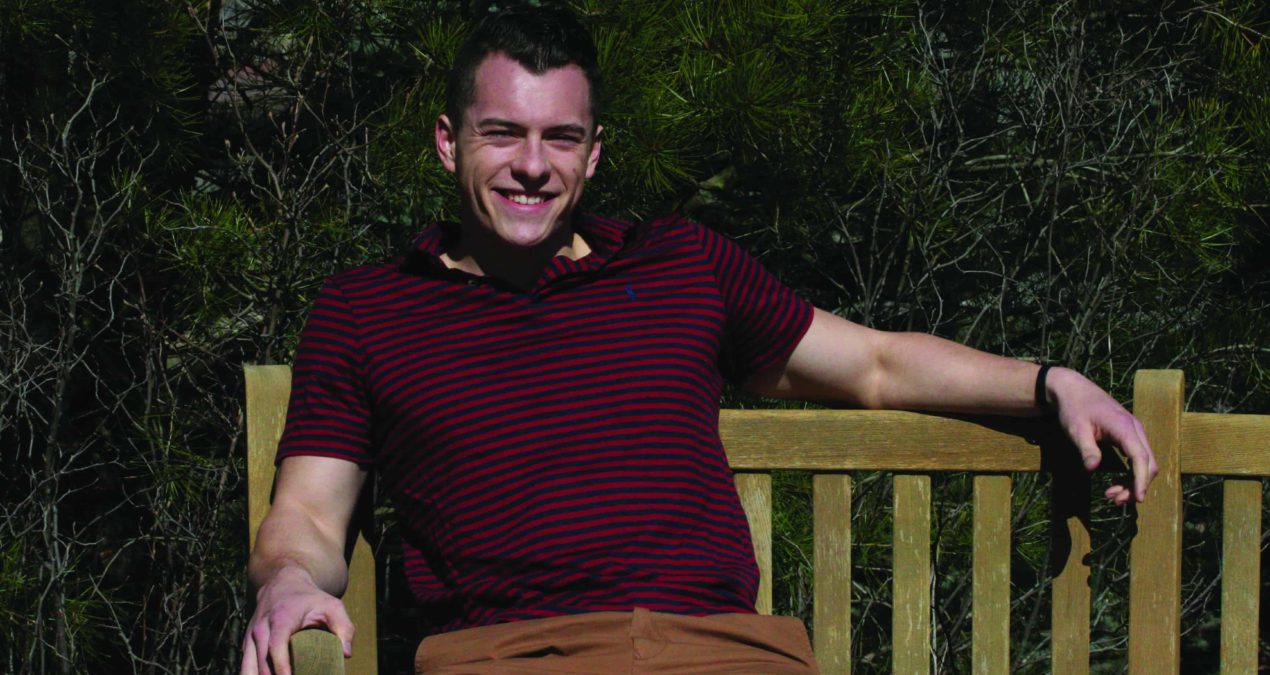 Strenuous workouts, extreme dieting and being closely monitored by a trainer isn’t the typical life of a college student. However, Miller Hepler ‘17 has been living this life for a few months now. The communications major from Ligonier, Pa. is currently training to compete in a bodybuilding competition.

Hepler has always been interested in lifting weights to keep his body healthy and in shape. “I really got into lifting weights at the tail end of my senior year in high school and since then I haven’t stopped working out.” He explained, “At first it was just for a release and fitness purposes, but the more time I put into the process, the more I realized what I could gain from it.”

It was the inspiration of Denison alum Torin Jefferies ‘15 that made Hepler realize the true passion he had for body building.

Like Hepler, Jefferies was a bodybuilder. “I really understood the difficulty when he was on stage against all of his competitors. It was then I knew what I wanted to do: I wanted to be a bodybuilder,” Hepler said.

Hepler describes body building as “taking workouts and weightlifting to the next level, which I believe to be an art. This ‘art’ of course is the way you sculpt your body and change it down to the centimeter because every part of you will eventually be highly scrutinized and judged.”

Bodybuilding isn’t your average Big Red varsity sport. Denison does not even have a bodybuilding club on campus. However, that doesn’t stop Hepler from following his dreams. On campus, he is a Hilltopper and member of the Lambda Chi Alpha fraternity. Despite his many commitments, he dedicates a large amount of time to bodybuilding.

With a starting weight of 216, Miller is determined to get down to 195 by the time of competition. “I go to the gym everyday, if not, twice a day,” Hepler explained. “Throughout the week I work every body part twice for the best growth and development of my muscles making sure to work every inch of them as best as I possibly can.”

Miller’s time in the gym is very intense. He explained, “I become hyper focused when in the gym. I don’t socialize, I don’t wonder, I have a goal and that’s why I’m there.” Elliot Avis ‘18 describes Miller as an individual who creates an awesome lifting atmosphere in the gym. He said, “even though Miller and I have different lifting philosophies, it’s nice to be working out with someone who is just as serious and has the same level of determination.”

Even though Hepler’s workout schedule seems overwhelming, he admits that the meal prep is in fact the most difficult part of the process. He explained that, “the working out part is typically thought to be the hardest part of the process, but it’s actually the dieting that is the most strenuous.” He has to prepare seven to 11 pounds of food that will be his meals for the upcoming week. While cooking, he must keep in mind the limits he has on calorie, carb and fat intake.

All of this preparation is in hope to win the competition in April. “The ultimate goal is to look as deadly as possible,” Hepler said. “[The judges] analyze your symmetry, your density, your height and width of your muscles, your vascularity, separation, muscular activation and so much more.”

A win would open up many doors for Miller. He explained that “this is an IFPA pro qualifier which means that if I win, I will be able to compete at professional level both in and out of the mid-west. I would also get an eight foot trophy, a winner’s check and several sponsorships, specifically from the companies that are interested in me.”

Miller will be competing in the NOBA or the Natural Ohio Bodybuilding Association, one of the most intense bodybuilding conglomeration in the mid-west, at Newark High School on April 23rd.

Sophia Higginbottom is a student and a professor