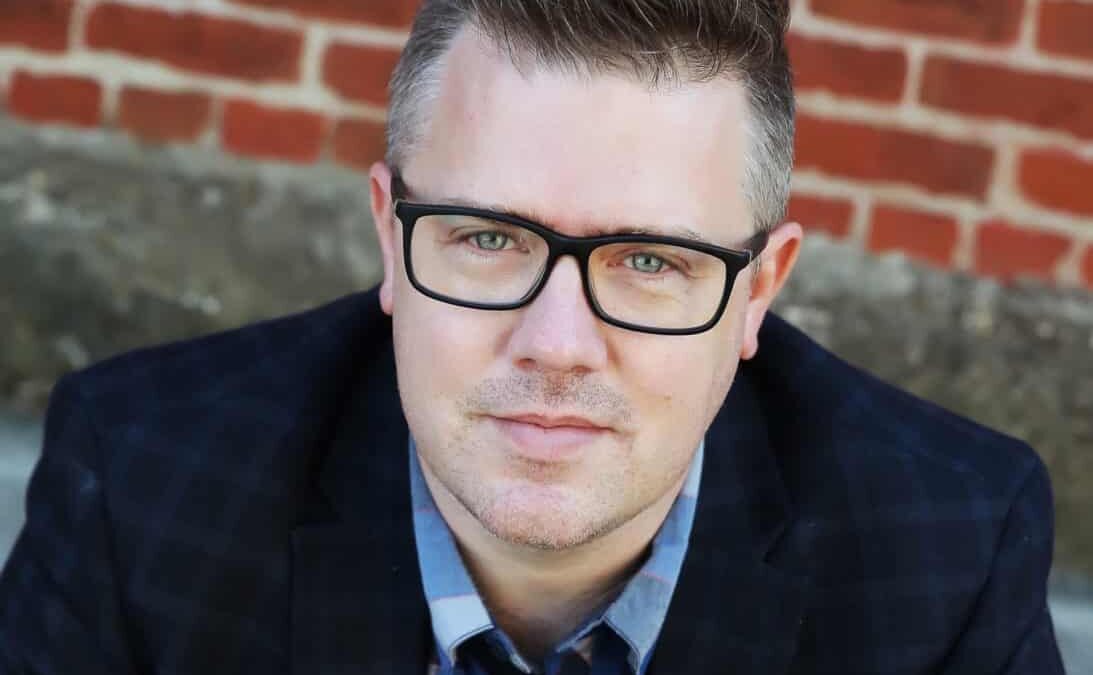 DEVIN MEENAN — Being a teacher is a job that incorporates multiple roles; lecturer, researcher, but it’s often said the most important among these is a mentor. Dr. Jonathan Walley, the chair of Denison’s Cinema department, is aware of all the responsibilities that his job carries and works to fulfill them through his teaching.

Walley first came to Denison in 2005, teaching as an adjunct professor for “slave wages” (his words, not mine) while finishing up his doctoral degree at the University of Wisconsin-Madison. After completing his dissertation and receiving his Ph.D. later that year, he began to teach here full-time, and in the 14 years since he has ascended to become chair of the Cinema department.

While he didn’t realize he wanted to study the subject until he reached High School, Walley’s interest in Cinema stretches back to his early childhood: “I think all kids love movies because movies create these imaginary [worlds]; all the things we say are bad when we teach movies in college are great for kids.”

As for what specifically drew him to film, Walley says that “As a kid and still today, I’m just visually oriented. I’m actually a terrible reader because the visual stimulus in reading is so minimal, ” while also noting he was lucky to come up at a time where home video and camcorders, and thus the ability to watch and make movies in the comfort of your home, were becoming ubiquitous.

It was in college that he developed a desire to teach, mostly a result of his own professors, his experiences with them and the mentorship they provided; “Now at the time I wasn’t aware of all the other stuff that goes on behind the scenes, the grading, the faculty meetings, the administrative stuff, but they were outstanding teachers and mentors, and they made me want to do [what they did].”

Walley says that he thinks of teaching as a type of performance, “I don’t mean acting like I’m pretending to be someone else or that I’m lying to my students,” he assured me, but in a way that he presents as a heightened version of himself while in the classroom, in order to act as a role model for his students. Walley feels that a professor’s key duty is to leave an impression of themselves on their students, and help them consider teaching as a possible path for their own lives:

“I try to teach my students facts, I try to teach my students concepts, I try to help my students cultivate writing skills, and reading skills, and research skills, but really I think a lot of the stuff you forget. I’ve forgotten so many of my college classes, and what I have left of them is how they affected me and made me want to live my life a certain way, so I think that’s what we try to do as professors; model a certain life, and that often means being ‘on’ all the time.”

He continued, “So my approach when it comes to teaching is to muster a lot of energy, be really well-prepared, and try to engage students with that kind of energy, and if they think I’m nuts, which I think sometimes they think I am, that’s fine; they’re seeing a possible lifestyle that maybe they didn’t consider before.”

Of course, don’t take this to mean Walley’s classes are light on academic work. I know from experience that while his lectures are comprehensive and well-researched, Walley always presents them in an easily digestible way; his great and often dry sense of humor undoubtedly helps on this front. His assigned work always helps to add your understanding of the course material, and visiting his office hours is invariably productive if you’re struggling on an assignment.

Speaking of her experiences with Dr. Walley, Kateri Jameson ‘19, a cinema and english literature Major from Brewster, Ohio, said “I think he really challenges students in a way that’s really good; it’s always pushed me to go further than I ever thought I should go, and in terms of theory its pushed me to understand theories that I didn’t think I could understand when he first presented them, and by the end of it I loved it.”

She added, “He has great taste in horror movies and avant-garde, and he’s introduced me to a lot.”

If you know Dr. Walley, then you’ll know that these are the two genres where his interests most keenly lie. “I think that the most intense, visceral, thought-provoking, emotionally powerful experiences I’ve had with films have been with horror films and with avant-garde films,” he explained. Walley’s love for horror came first, born out of a childhood love for things such as Haunted Houses, Halloween (the holiday, not the movie), and Dungeons & Dragons, and while his passion for experimental cinema didn’t develop until later in his life, he feels his ardor for both is linked.

“The thing they have in common is that they’re both potentially subversive, at least for me; there’s something about me that’s always been kind of contrary, and so things that are subversive, things that a lot of other people find unseemly, have just always appealed to me.”

Take a class taught by Dr. Walley, and you’ll know he doesn’t refrain from this sense of contrarianism while in-class; to give just one example, a few months ago before History of Cinema began, a few students were discussing the results of the Oscars, and one compared Spike Lee finally receiving an Oscar to Leonardo DiCaprio pulling off the same feat a few years earlier. Dr. Walley interjected, “Except Spike Lee is talented.”

If you’re at all interested in film and want a professor who challenges you but also makes the class a fun, memorable experience while opening your eyes to a whole new world of Cinema, look no further than Dr. Walley.

Denison Environmental Advocates plea for students to be environmentally friendly