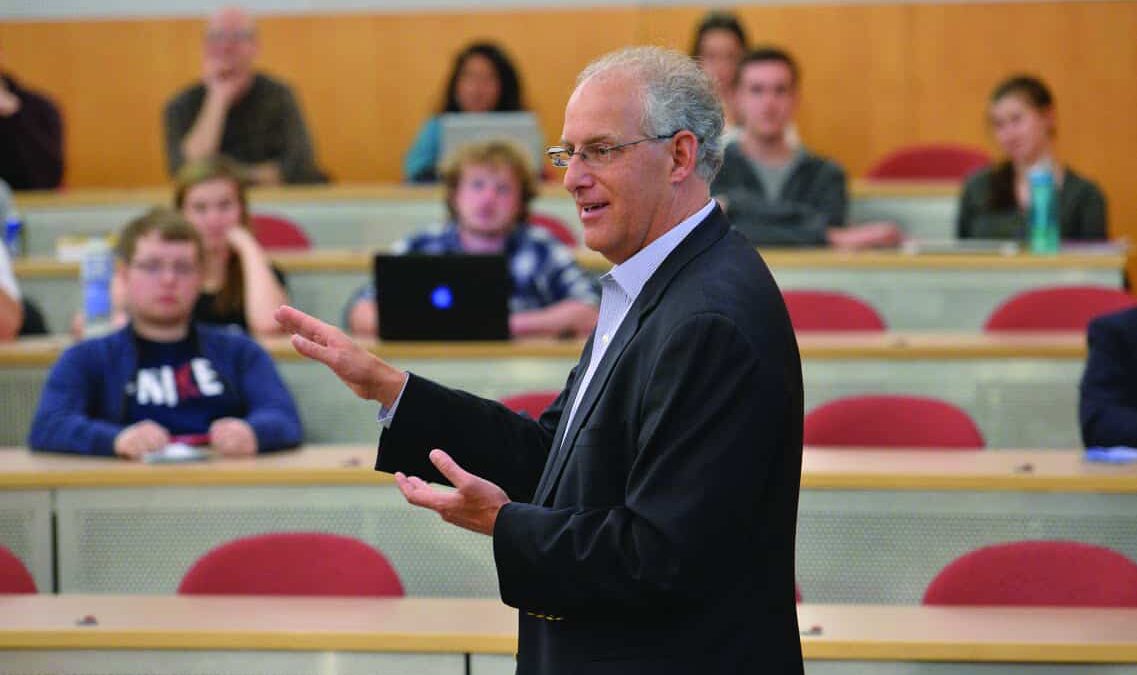 Citing projected population growth of 10 billion by 2050, Vice President of Monsanto and Denison alum Mike Stern ‘83 is utilizing big data and biotechnology to increase food output. As CEO of The Climate Corporation, a Monsanto company, Stern returned to his Alma Mater last Tuesday to present “Trends in Global Agriculture: Challenge and Opportunities.”

The Climate Corp. is a company that sells data services to farmers. By applying data science to agricultural measurements, Climate Corp.’s “Fieldview” software is able to take information from soil, field and atmospheric measurements and make recommendations ranging from how much fertilizer to apply to a field to when to harvest crops. “The digitization of the farm is happening and it will change everything,” Stern said.

During his presentation, Stern showed a graphic of a farmer’s field and illustrated how a grower could potentially see a disease in a particular location in the field, making it possible to spot-spray the problem, rather than dousing the entire field in pesticide. Stern said that this is just one example of how big data can provide insights that farmers would otherwise be completely unable to see.

Monsanto has been subject to controversial public opinion. In the past, this included negative health effects of some of Monsanto’s chemical products. More recently, controversy arises out of the GMO debate as well as Monsanto’s practice of protecting their seed patents and disallowing re-planting of bioengineered seeds.

“One big misconception I think is that the Monsanto that exists today is the Monsanto that existed in the 1960’s. [They’re] completely different companies doing completely different things. There’s a lot of [accusations saying] you guys made DDT, Agent Orange … and all those things were true about the old Monsanto. But the company that exists today is not that company. It’s 100% agricultural.” Stern said.

Stern also went on to say that of 150 total patent issues in 20 years where farmers were sued for replanting seeds, only 15 were pushed through court. The rest settled outside of court.

“Any time we got a settlement on one of those suits, any money we collected – every dime of that went to charities and donations, most of which were in the county or region where the grower was that we had the dispute with.” Stern said.

Despite some negative opinions of Monsanto, students, like Max Kelly ‘16, were receptive to the idea of merging data collection and agriculture. “I thought it was great how Monsanto aims to reduce pesticide usage and crop loss through data analysis.” Kelly said.

“I’m curious to see if it will be cost-effective or not, but it certainly will have a positive effect on the environment.”

The Mysterious Departure of the Big Red Buzzards