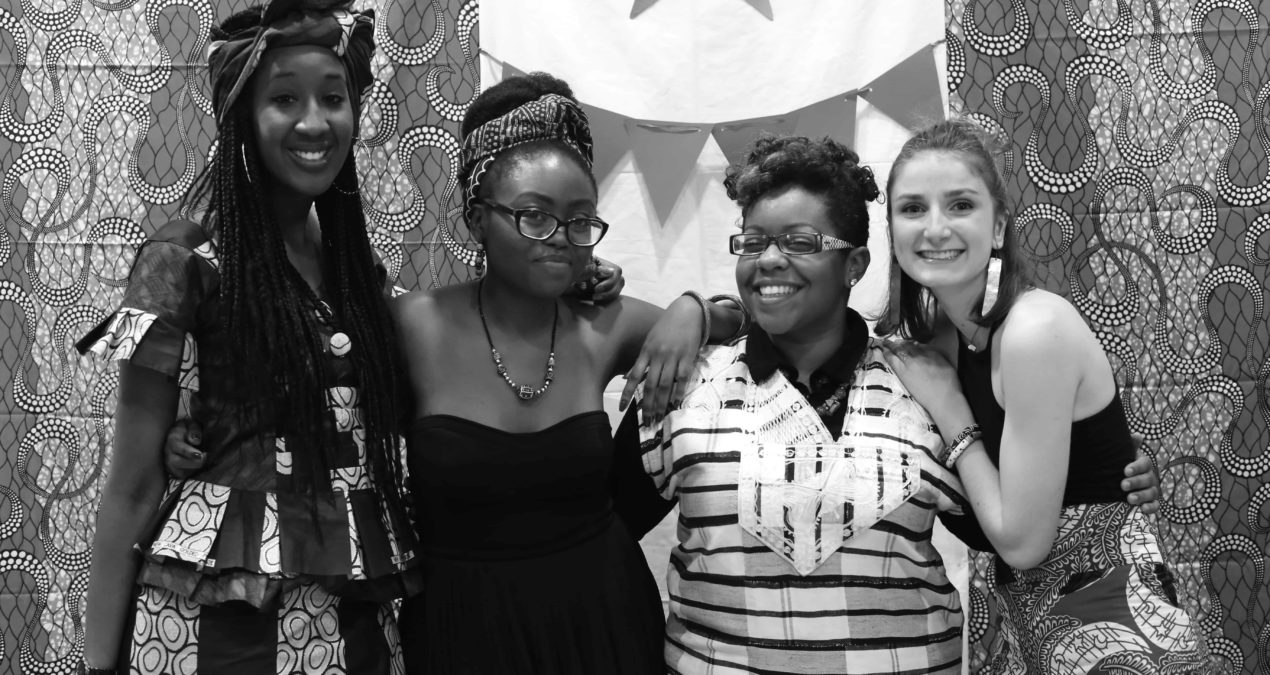 Africa Night: diversity and community in the African diaspora

“More fire!” the audience calls back to Mills Duodu ‘15, the emcee of this year’s Africa Night and also the 2014-15 president of ASA. Africa Night is a part of the African Student Association’s (ASA) My Africa Week.

My Africa Week, which takes place every Spring semester, is a chance for ASA and Africans in general to expose and celebrate the cultures that define and have shaped them as individuals and as natives of their respective countries. It is also a chance for them to dispel the myths that surround the continent and its people.

The Africa Night performances took place this past Fri. at 6:30 p.m. in Knobel Hall. Africa Night was the last event before their celebratory Club Afrique party later that evening.

Anna Teye ‘16, the current president of ASA, spoke well on Duodu’s behalf. She gives him credit for having laid a steady groundwork for much of the work that has been done with ASA this year, and also for how fittingly charismatic he was for emceeing.

“I feel honored to come back and host such a great show,” Duodu said. “I felt special, I was happy, I was smiling. That moment was good, it was a great time.”

The week’s other events were African zumba; a forum focusing on the modern day mistreatment to natives of Mauritania (Mauritanians Fighting Slavery: Activism in the African Diaspora); a film screening with Dr. Joanna Grabski (Market Imaginary); and a film screening and discussion as part of their weekly ASA general body meeting (Am I: Too African to be American? Too American to be African? and a TED Talk with Chimamanda Ngozi Adichie).

“My Africa Week shows that although we [Africans] are not the same people, at the end of the day we are all one body and so our goal is to show that Africa is more than just what you see on TV,” Duodo said. “It’s rich, it’s strong, it’s powerful, it’s beautiful.”

“My Africa Night is a chance for me to showcase my beautiful culture and identity to the Denison community,” said Imaa Nicco-Annan ‘18, ASA’s public relations officer and events coordinator. “I feel like I’m back home when we have African night and it’s a really great feeling.”

The show began with a flag parade, participants parading down the red carpet aligned on both sides with Christmas lights, flags of their originating countries being proudly shown off in hand. “Denison felt like home for the first time! I didn’t want it to end,” said Fatoumata Kaba ‘19.

“I really hope that through our skits and spoken word on stereotypes associated with the continent, they learnt the danger of a single story and realized that the media presents a very narrow and inaccurate view of Africa,” said Nicco-Annan. “I hope they were exposed to the rich cultures that make up Africa as a continent and not a country.”

“The week went phenomenally well. From our guest activists, to the talks and film screenings, every day of the week was organized and well executed,” Teye said.  “The entire week strengthened our bond as a community.”

Ideas/reasons/motivation to be a writer.

The state of the Denison Campus Governance Association