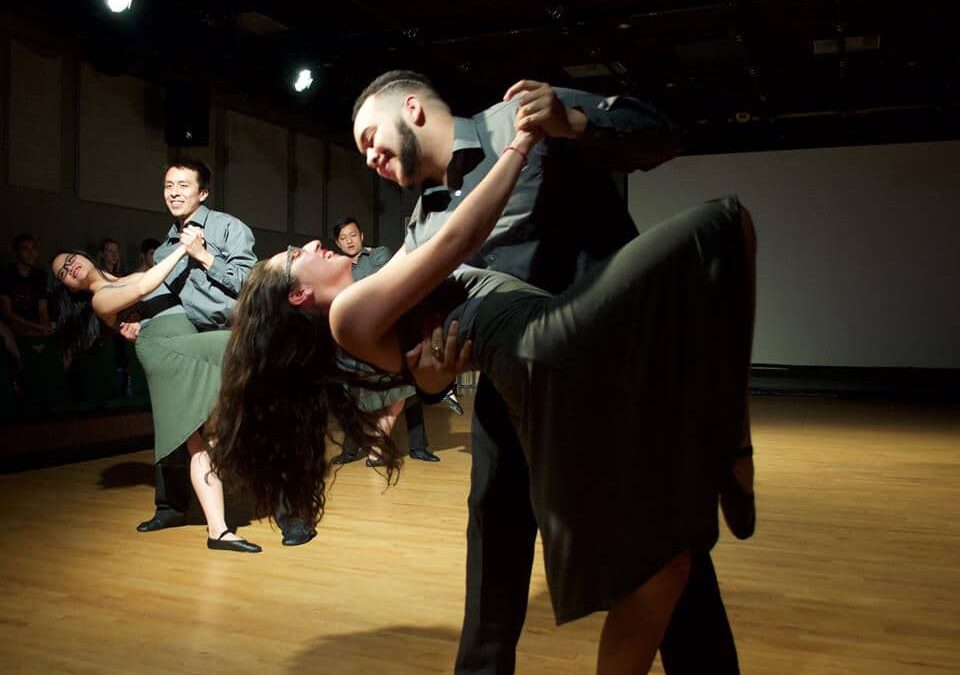 With the spotlight shining upon the dancers in the Knapp performance lab and the burst of Latin music through the speakers, the audience knew they were in for a treat.

These dancers performed as members of the Latin dance group on campus, Sazon. The showcase  was the opening event of La Fuerza Latina’s (LFL) annual week of events, Semana Latina.

The week continued with a Brazilian restaurant visit on Saturday, a spoken word artist, Emanuel Xavier, on Monday, an alumni reunion on Tuesday, a Flamenco Lesson with dancer Magdalena, a screening of “No Mas Bebes,” on Thursday and concluded with the annual cookout in the La Fuerza space Friday evening.

Sharlyn Ruiz ‘18, one of the attendees of the Sazon showcase said, “They shared beautiful Latin dances with the Denison community during their showcase. They made sure to have a representation of various Latin American cultures and that’s something I really enjoyed and liked about Sazon’s event.”

According to President of LFL Anissa Gamboa ‘17, the week is “a mix of events, usually with something intellectual and cultural, an informational-based event, something artistic and it always ends with our cookout. That’s been the basic order of things since I’ve been here.”

LFL was established at Denison 13 years ago, and the organization aims to be the vehicle through which Latino culture is expressed on campus. It’s an organization for Latinos and those interested in the Latin American culture.

The group is also dedicated to educating, promoting and celebrating ideals of diversity, acceptance and “familia.” Semana Latina aims to encompass all of the beliefs of La Fuerza Latina.

All of the events were planned in the fall semester so that the members are able to look over the budget from the previous year and see what options they can pursue based on what they were allocated from DCGA.

While some groups on campus organize their weeks around a central theme, LFL does not. Gamboa continued, “We wanted to be inclusive of a lot of different things so we didn’t try to restrain ourselves with an overall theme.”

Gamboa concluded with a statement about the meaning behind Semana Latina, “The purpose of this week is to inform the campus and integrate different groups and be as inclusive as possible to educate and have the community more aware of what some traditions, struggles, and different life experiences can be. Not everyone has the same experience in life and we can show how diverse and different we are through this week.”