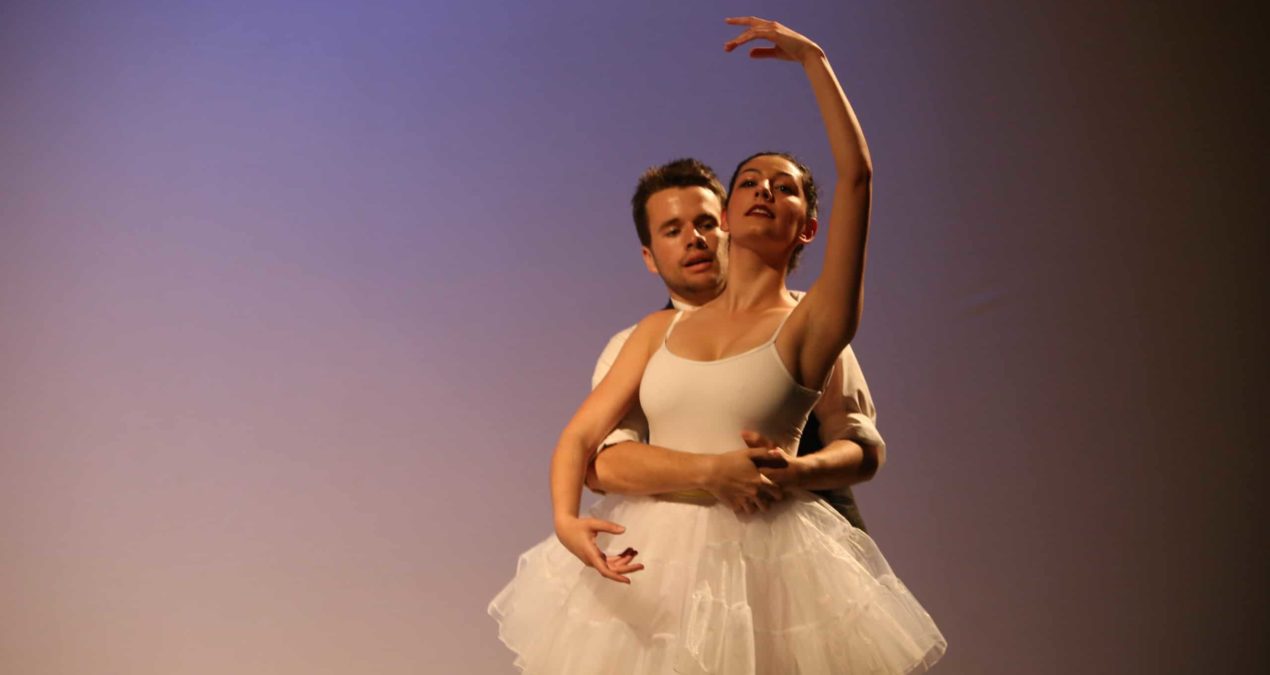 Mauve: a pale purple color. Whimsy: playfully quaint or fanciful behavior or humor. Hailey Bruce’s senior project “Of Mauve & Whimsy” certainly embodied the two words. With light purple backlighting and the ballerinas donning similarly colored outfits, the performance had an overall air of elegance and delicateness, while the buoyant, ethereal motions of the ballerinas created an impression of playfulness.

First inspired by the readings of Edith Wharton, Bruce started learning all she could about the late 1800s. In one of her readings sophomore year, she discovered that the 1890s were called the Mauve Decade—titled as such because mauve dye (which emerged as a symbol of wealth) had recently been invented. The information stuck with Bruce and, soon after, she stumbled upon some material about the circus in the 1890s. Her interest sparked, Bruce began reading up on the circus and brainstorming a story.

Last summer, she finally put pen to paper and started drafting her tale.

“I knew all along that I wanted it to be a ballet as well, so there was a lot of thought given to what kind of story would best translate from page to stage,” Bruce said.

The result is a love story with a twist.

Upon being rejected by the man she loves, Lavinia (played by Meg Odell ‘19) runs off to join the circus. She enjoys her time there, even forming a relationship with a man named Brendan who works for the circus (played by Jeremy Hollis ‘16). However, her time is limited. After staying up all night with Brendan, Lavinia shows up to class late and is promptly fired. She packs her bags and, after an emotional parting with Brendan, the performance ends with Lavinia ready to return home and face her problems.

A creative writing major, Bruce is using her story as her Creative Writing Senior Project. Linking the two works, Bruce included sections of her story in the program to assist the audience in interpreting the performance. After each scene, the lights would briefly come back on so that the theatergoers could read about what was happening.

Meg Odell, who plays Lavinia, described reading Bruce’s story in preparation for the performance. “I took the story that she had originally written for her creative writing project and used it to interpret the character,” said Odell.

The performance was met with praise.

“The acting was really passionate and the story was super engaging,” Olivia Mader ‘19 said.  Jessica Zeng ‘19 agreed, adding, “I thought it was interesting that things didn’t work out exactly the way she wanted.”

Combining her love of storytelling and dance, Bruce certainly succeeded in putting on a show that skillfully linked the two.