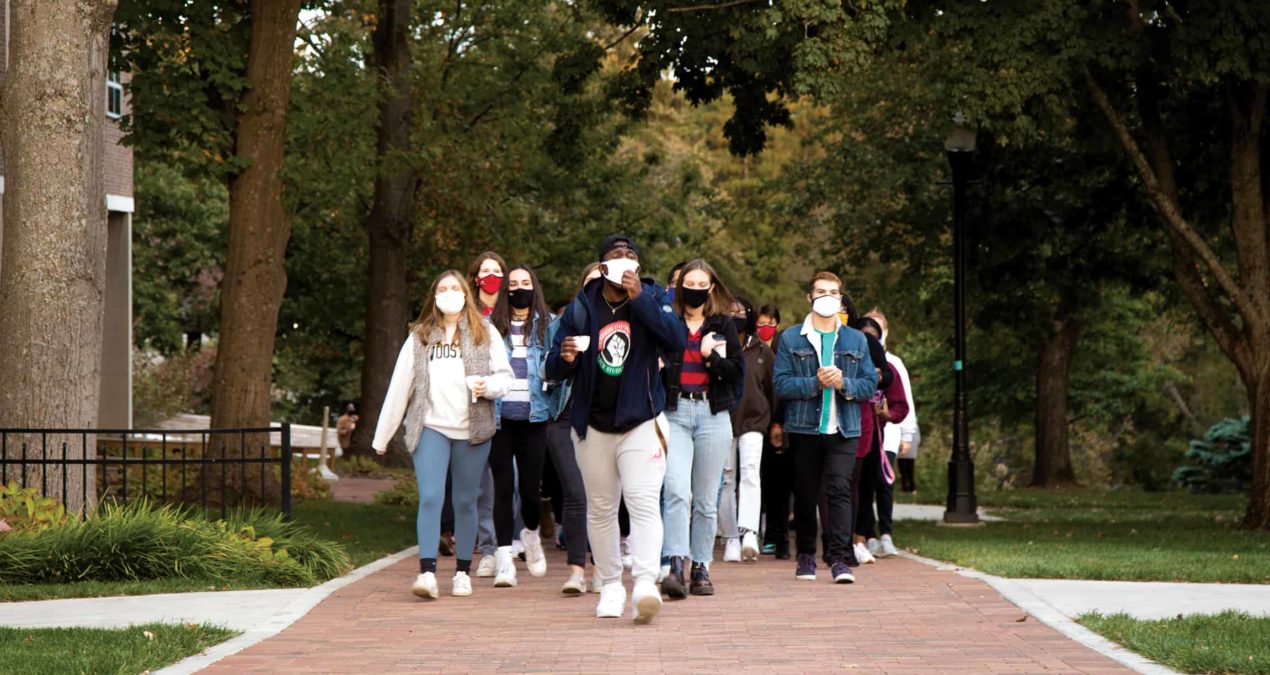 PHOTO ESSAY BY PAULA TORRES, Photo and Social Media Editor—The Black Student Union of Denison University held a vigil for Breonna Taylor, a victim of lethal police brutality, following the news on Sept. 23 that only one of the three officers involved in the incident would be charged––and on offences unrelated to Taylor’s death. The BSU led a march to East Quad and Back, and a candlelight Vigil hosted by the Black Student Union in rememberance of Breonna Taylor, who was killed in her own home by police. The vigil was held on October 2 at the Slayter Flag Pole. BSU members led 3 groups of students around campus and led chants such as “Black Lives Matter,” “No Justice No Peace,” “George Floyd” and “Say her name: Breonna Taylor.” The vigil included student speakers, a poetry reading and a performance of “Lift Every Voice and Sing” by campus Gospel choir Tehillah.

Students gave speeches to commemorate the life of Breonna Taylor.

Students marched across campus in groups, some chanting while others held moments of silence.

Tehillah, Denison’s gospel a cappella group, sang “Lift Every Voice and Sing” in a circle around the flagpole.

The vigil was held Friday, Oct. 2 at 6:30 p.m. at the flagpole outside of Slayter Union, but students also marched around campus, led by a member of BSU.

Attendees were provided with candles to carry while marching. The vigil concluded with everyone blowing out their candle in unison.

What is a Community Advisor? A message from Res Comm